On July 11th at 21:38 (UTC), @fsyourmoms made a post on Steemit titled, "TheShadowBrokers are NOT Making America Great again!!!", accompanied by a tweet which mentioned some of the prominent InfoSec twitter personalities who are involved in the @TheShadowBrokers saga.

TheShadowBrokers ripped me off. I paid 500 XMR for their “Wine of the Month Club” and only they sent me a single tool that already requires me to have a box exploited.

and then turns into an interesting tirade against TheShadowBrokers.

Rational followers of hacking news remained skeptical -- after all, anonymous posters make crazy claims with no way to back them up all the time. The most likely explanation was that @fsyourmoms was just a hoaxer, FUDster or LARPer. Because of this, the post was largely ignored.

I did notice one interesting detail in @fsyourmoms post, which inspired a response post by me where I pointed out a detail which lent some credence to @fsyourmoms:

In an earlier article, I described how I scraped e-mail addresses for TheShadowBrokers's(TSB) Monero customers from the XMR blockchain, and found a cap for how much XMR TSB may have earned from their monthly dump service. After seeing @fsyourmoms' steemit post, I noted I found an e-mail address that may have belonged to @fsyourmoms. What I wrote in the post:

One of the e-mail addresses I found was [email protected]**********.com. This is very similar to @fsyourmoms username.

Of course, just using the same username as a publicly available e-mail address is pretty weak evidence for such grand claims and careful observers (myself included) remained skeptical.

Fortunately, Monero was actually designed to be able to handle situations like this, and thus it is possible to prove that a payment was sent if you have the payment address, payment transaction ID, and a secret payment key known only to the sender.

Read this link. It explains the secret payment key better than I can.

In my post, I set goal lines for what would convince me (and most cryptographers) that @fsyourmoms was for real:

In a steemit post and tweet earlier today, @fsyourmoms provided both the private key from their XMR payment, and a screenshot of the e-mail from TSB.

I entered these into Monero GUI 2: 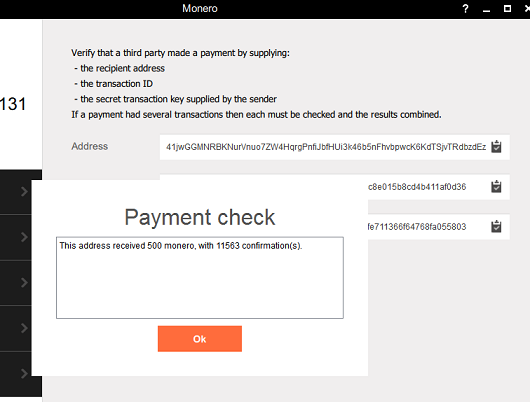 Of course, you shouldn't take my word for it. You should download a Monero client and check yourself. Alternatively, if you trust xmrchain.net, you can verify it there:

To be clear, my intention with these posts is in no way to judge or interfere with TSB's and @fsyourmoms business. I'm just eating popcorn, watching the drama unfold, trying to inform people about cryptocurrencies and trying to provide unbiased analysis that I'm certain LE and criminal hackers already have.

If you have any questions or comments, or caught any mistakes, please don't hesitate to post a comment, PM me or e-mail me. If you didn't get something, odds are a lot of other readers didn't understand it either so please ask me to clarify it! 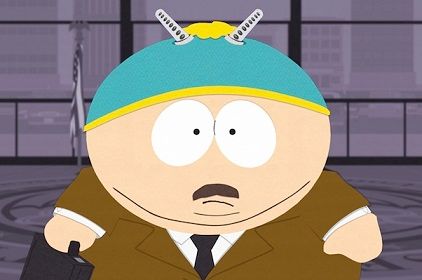 I had no idea you could verify Monero transactions this way. good to know.

The rabbit hole keeps getting deeper and deeper.

Wow thanks for the heads up, I'll stay clear of shadowbrokers

trying to understand the material of the article.
thanks anyway for your time.

If you're just starting to follow TheShadowBrokers story now, I'd recommend catching up by reading up on TheShadowBrokers (google it and pick your favorite news outlet, I guess). For this specific story, you should read up on monero as well at getmonero.org.

This post is the 3rd I've written about TheShadowBrokers and basically just a continuation of the earlier 2 posts.

Honestly, there's so much background information that someone could write a book on it.

Hay @wh1sks Nice Post Vote & Followed
I always follow your journey whether it is Travel or Other !!
I Wish You Would Also Follow and Upvote My Post @funnystuff
Really I Liked What You Do Every Day
And Always Join - Upvote - Comment and Reesteem
I wish the same
Thank You Sweet

thanks for sharing this info @wh1sks thanks for the headsup

Congratulations @wh1sks! You have completed some achievement on Steemit and have been rewarded with new badge(s) :