Overclocking the Brain: Is it worth it?

The concept of time is a strange one. We all perceive it as a constant stream of events, but it is obvious that at least perceived speed of time passage is a relative thing.

When person is exhausted time seems to move quicker than usual, which can be explained by failure of our brain to interpret and memorise our experiences in details. In moments of extreme mental activity we can perceive time slowing down: brain processes more information per unit of time, creating greater "resolution" for memories. 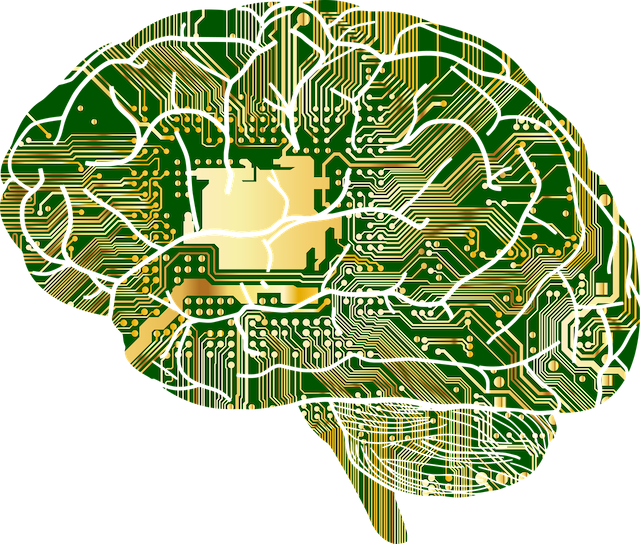 Obviously having "quicker brains" would be an immense evolutionary advantage, especially for the species like us, ones that use complex brain functions as a primary survival mechanism. But because our brain is such a complicated tool, it is also very expensive to support it for all systems in an organism. So evolution found some balanced base "setting" for us to operate on, plus an ability to override it for short amount of time in critical situations.

This approach seems surprisingly similar to the way processing units work in modern computers: you have factory defined "clock speed" which dictates how fast computing chip is allowed to do his job. If you are a power user, you can tweak the settings for processor to work faster, but you will eventually need to provide better cooling system and higher power supply for it to work reliably under such strain.

In the developed world we do have abundant energy supply for our bodies. Our evolution, however, could not account for this turn of events, so instead of directing extra energy to feed our brains, our bodies handle it the way which was appropriate thousands of years ago: stashing it for future as fat. Many modern humans will never need this stash in future, entering the death spiral of obesity.

If we decode the right DNA sequence to find and understand the genes that direct the "power lines" of our bodies, we might be able change our genetic makeup and forward abundant energy into our brain, whether directly from food consumption or from fat reserves, essentially allowing us to "overclock" our brain at will. As a bonus, it will solve obesity problems once and for all.

If we continue our processing unit analogy, getting more power supplied to the brain will not make us automatically smarter, since it is believed that cognitive functions are encoded in brain structures themselves, brain's "hardware". It will, however, make us faster thinkers in most literal sense. Imagine going through whole day in that state of mind you were when you experienced "adrenaline high" last time.

You will not move quicker, like some sort of superhero, because there are physical limitations for our movement speed. On the contrary: because of increased brain throughput you would feel like you're moving very slow, straining your muscles to push through air's resistance like it's water. But when you're engaged in intellectual activities, you would certainly be many times more productive, because there is no physical laws to work against you in this case. While it wouldn't make you supersmart, like in movies "Limitless" or "Lucy", it would give you more time for thinking.

However magical it might seem, such technology can introduce whole set of ethical problems. Having abundant food supply right now is not that useful apart from the limited case of disaster insurance. Consuming more food per person is not just useless, it actually hurts our bodies, and market demand is limited by this fact. If suddenlty we could earn benefits from increased consumption, demand for it would quickly go up. Given no external regulations (or ineffective ones), presence of social income inequality and limited ability for food production to scale (as is the case with today's technologies), this might cause widespread food shortages, even in developed countries. Imagine how much Google, Amazon, Microsoft and Apple would be willing to pay to make their office employees many times more productive.

The greater ethical question is whether we should allow technologies that threaten availability of necessity goods. If yes: should we try to regulate it? Or should we allow the market to have its way?

I'm happy to include this post in the CTR Crossword Puzzle No.-16. All participants for this puzzle will land on this post to find their answers to it.

Thank you for creating awesome content which is just perfect for our participants!

P.S.:
Hey, all readers of this post! If you want to participate in this contest, you’ve got a slight edge over others as you have already read this post. All of you are welcome to participate and have fun. Check the posts containing hints for the Crossword Puzzle here.

Great post....just confused/impressed on how many bots upvoted your post! wow

You must be quite new here on steemit :)
Bots here are a standard way of advertising your content. Quite in line with general decentralisation idea, i think.

This post has received gratitude of 1.79% from @appreciator courtesy of @laxam!

@masterbot has been called by @laxam to give you 0.30% upvote!
Check this post for information about delegation. Make me strong!

You just rose by 3.2397% upvote from @therising courtesy of @laxam. Earn 43.8% APR by delegating SP to therising. For more details visit: https://steemit.com/budget/@therising/auto-daily-payout-of-43-8-apr-for-steem-power-delegations-starting-from-500-sp-only-limited-period-offer.

Congratulations @laxam, this post is the ninth most rewarded post (based on pending payouts) in the last 12 hours written by a Newbie account holder (accounts that hold between 0.01 and 0.1 Mega Vests). The total number of posts by newbie account holders during this period was 4332 and the total pending payments to posts in this category was $4056.10. To see the full list of highest paid posts across all accounts categories, click here.

You got a 10.24% upvote as a Recovery Shot from @isotonic, currently working as a funding tool, courtesy of @laxam! Always error on the side of the market. Regulators, and regulations just make things less productive, and more expensive. The middle man can take a long walk off a short pier. There should be voluntary regulatory organizations, that regulate products who volunteer themselves, in exchange for a seal of approval from the regulatory body.

Congratulations! This post has been upvoted from the communal account, @minnowsupport, by laxam from the Minnow Support Project. It's a witness project run by aggroed, ausbitbank, teamsteem, theprophet0, someguy123, neoxian, followbtcnews, and netuoso. The goal is to help Steemit grow by supporting Minnows. Please find us at the Peace, Abundance, and Liberty Network (PALnet) Discord Channel. It's a completely public and open space to all members of the Steemit community who voluntarily choose to be there.