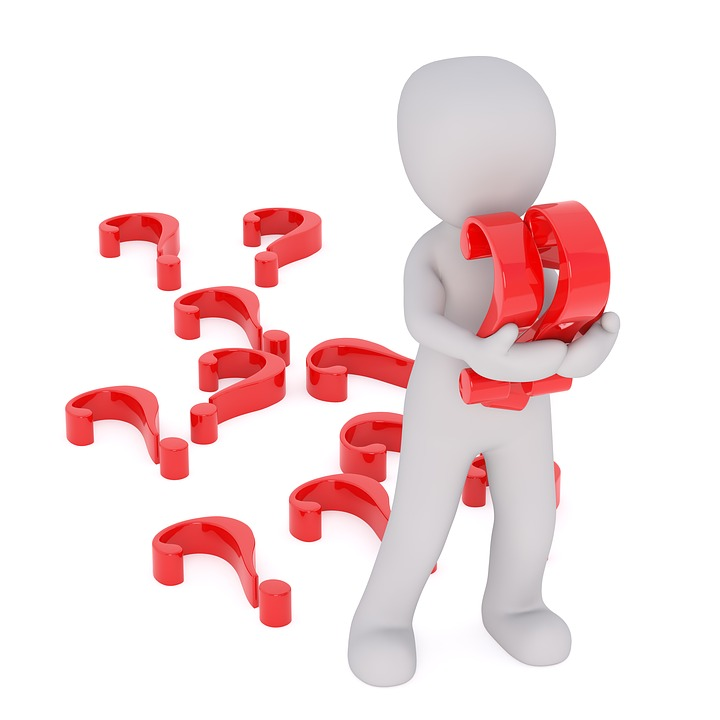 I am posting evidence here as there is massive marketing campaign for the scam ICO and needs to be stopped before any more lose funds and im sure there will be backlash from those promoting the scam when i comment on the posts.

This brought to my attention this article promoting an ICO called Viuly I thought immediately oh I've heard of this and think its a great idea and that @furion was one of the devs working on but when i went to the site alarm bells started ringing.

I proceeded to check out the whitepaper which was nothing more than an advertising pamphlet most of which talked about the marketing of the ICO sale and bounty program with no mention of technical aspects or any sort of future except for a joke of a road map. Viuly also claims to have $150k funding from Blockchain investment group Krypton Capital which doesn't exist bar the website krypton.capital and the addressgiven are for business centers with no listings for the company.

I think this was given so investors would stumble upon UK based investment firm of the same name
kryptoncapital.co.uk

I checked out some of the team they had listed and was suspicious of one in particular who was a real person working in blockchain space Karthik Iyer founder and CEO of BlockchainMonk so i contacted on twitter. 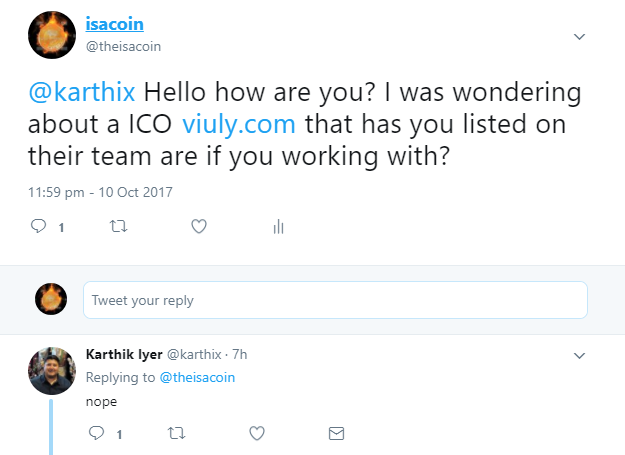 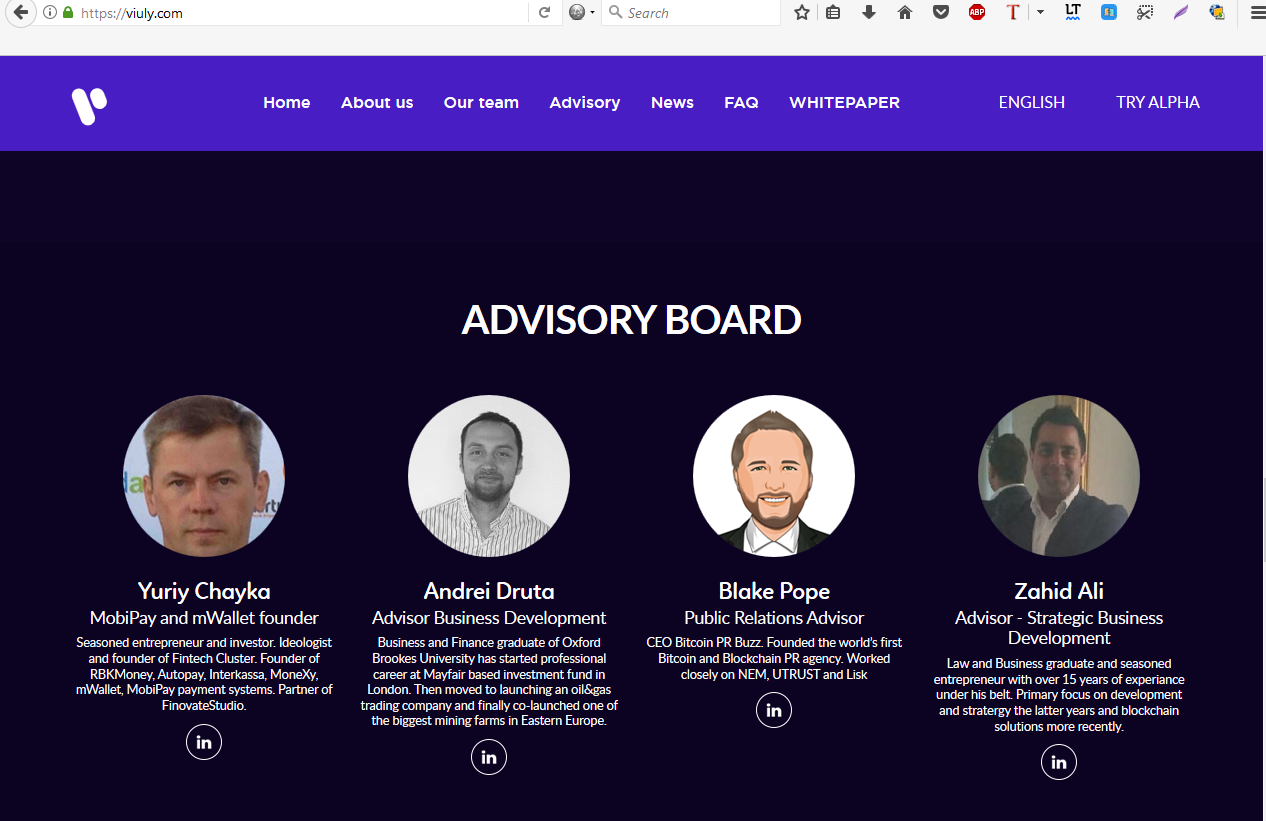 Here are the dates of first posts to different social media/forums sites. 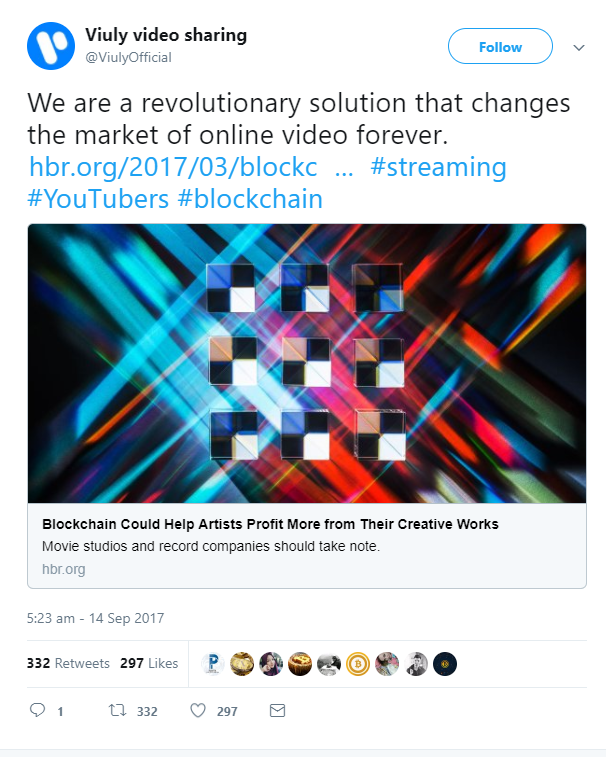 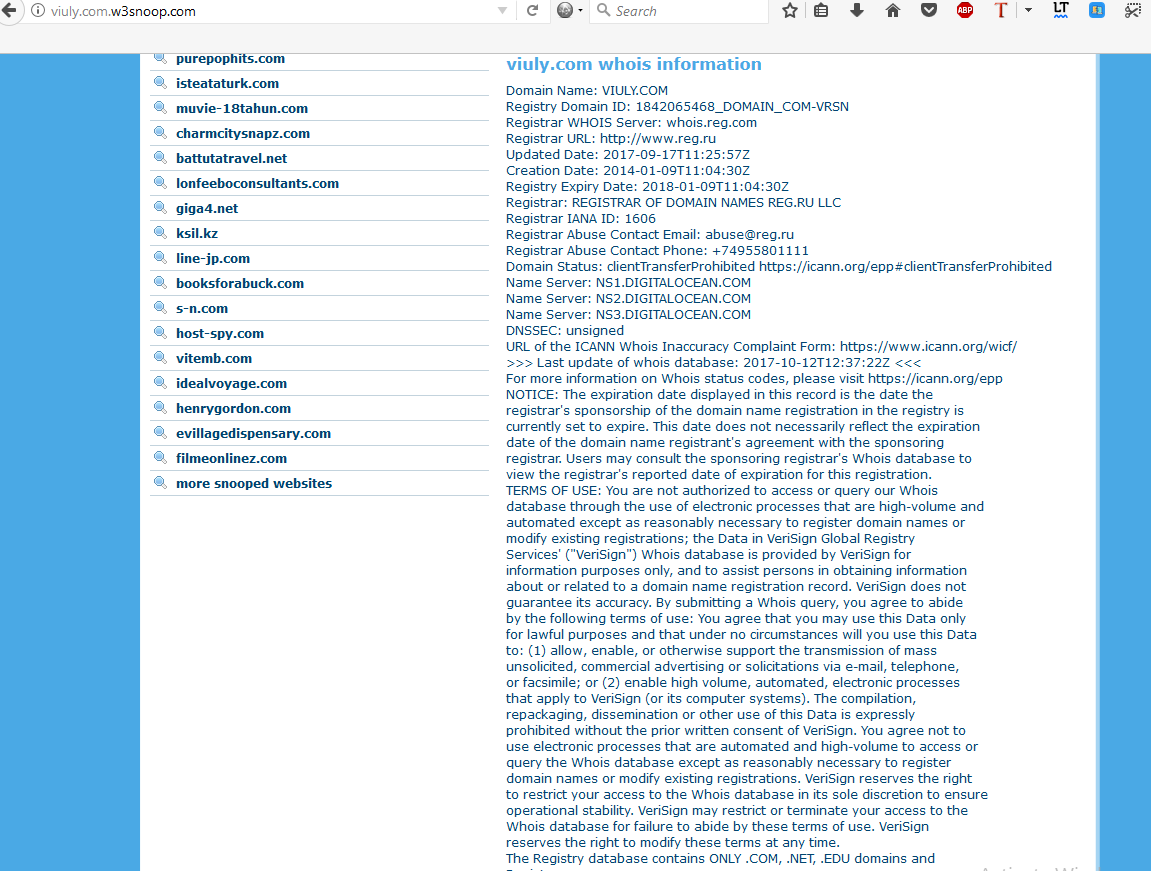 Its evident from the information provided that Viuly is the scam ICO and have spent a lot of money trying to push promotions to get some investors who might think they are investing in Viewly which im sure will do well regardless of this scam.

Using the information gathered i will do my best to spread the word so that no more duped into investing they already have received 77 ETH if their site is too be believed this is crazy and should be put an end to.

Great Job on the writeup!

I noticed that the scammers actually didn't even post to Medium until September. This was a great writeup though. Let's hope these people go away.

another main point is that site they list https://krypton.capital/ doesnt exist in real life

I will answer the parts of your post that attempt to be fact and are not just speculation (which actually turns out to be very little of your post).
Krypton Capital is a real company, and they made a real investment in Viuly which you are jeopardizing and may have to one day answer in court for.

Please provide your evidence below or you'll probably gonna have to live with the bad publicity until release. This is nothing personal and not meant to aggrevate you, it's just how things work on this platform.

Hi, I'm seeing your publications are very good. I promise to give it to all of them. as long as you give me a please

I don't particularly support view.ly either b/c it's by the guy who got all those upvotes for steemq to bring video to steem. I waited for steemq for more than 6 months and he delivered nothing and now wants to do ICO and it says they might use non-steem blockchain.

dtube.video has my vote. no ICO. delivered product first. and works on steem helping the network.

DTube is the leader so far, that much should be clear.

if you look at the viuly whitepaper says nothing about actual function and has 6 pages dedicated to marketing and the ICO with no technical
https://viuly.com/Viuly_Whitepaper.pdf

IPFS is an established technology. No need to waste pages on a tech that most savvy crypto people already understand Ruslan (CEO) wanted to keep the whitepaper simple and readable for content creators such as yourself to understand and get excited about the platform. Clearly, it was a sound decision. Thank you very much @isacoin for sharing our whitepaper. Apparently it was simple enough for even you to understand.

And for those of you who really hate to read, our platform is 95% complete, so you can just checkout our ALPHA

Competition is healthy for free markets fellas. Don't call us a scam. We don't even call you competition.

If the project really is not a scam, you'll do well to announce a rebranding and make some code public. @furion is an established account in this ecosystem, while you - currently - seem to be at best a copycat.

great work! keep it up!

We are a revolutionary solution that changes the market of online video forever. hbr.org/2017/03/blockc… #streaming #YouTubers #blockchain

Viewly - The Future Of Youtube Check It Out! ift.tt/2ufMRtX #technology #steem

nice job! Good to know. I was actually looking for view.ly and finished by signing up for Viuly. Very very hepful, @isacoin!