If the Golos is really the Russian-language platform? [💰↻50%]

Golos - the Russian-speaking social-media blockchain platform, which has original properties of Steemit ( with a little bit old parameters). And from the beginning it was oriented for the users, who prefer to communicate on Russian.

Now, there is an English interface on the Golos already.

Between you and me and the door-post, the most of this authors are posted on Steemit too. It is like having the "own" analogues mini blockchain!

I am for the equal rights a cryptocurrency profit to all!

Look at these figures: Unattractive perspective, isn't it? But there were times, where the Steemit' coin didn't rise up to 18,4 USD))

But we, as investors, are interested in another price - the PRICE OF THE POWER... Against the Steem, for which is asked 1.84 USD! To became a whale on Golos costs

10 times less, than on Steemit!

Join Golos! Call your friends with you! It is never-ending blockchain party! Invest, communicate, do whatever you like from the square one, using all your Steemit experience.

Who told, that the Golos, where only maximum of 2 000 authors have regular posts, is Russian-speaking? It is for so long as you didn't came yet!

Create the communities on your native languages, upvote your native-language content of your friends and landsmen! The company is always fun! ;)

Soon the new hardfork is expected on Golos, which should have a positive impact on the Golos' token rate... (and it's fun to watch this process)

Any way it will be interesting and cheery! Join!

To rise up your commitment: there is already one of the known Steemit' user (and very-well known Golos' user already) became an activist user, who insist on the implementation of the proper hardfork. He is influenced on the bulk of pull, with help of such of powerful boosting ("Booster") of the posts (powered by Coinbank)

Use the moment! Join now!

If the problems with registration will appear, address to the one of the respected witnesses on Golos - @Vik on Golos, or @Vikx - on Steemit!

I am open for your questions: registration' and promoting etc.:

#SBDGiveaway: 50% of the sbd rewards of This article will be distributed to the UpVoters!

there a chinese one as well

I could not sign up at golos. phone verification is taking too long.
Can you help??

You can register at https://goldvoice.club/. Same blockchain, another client - like busy.org for steemit.
And much better registration, you'll see.

@Vikx can help, hе is a good witness!
https://t.me/vikxx 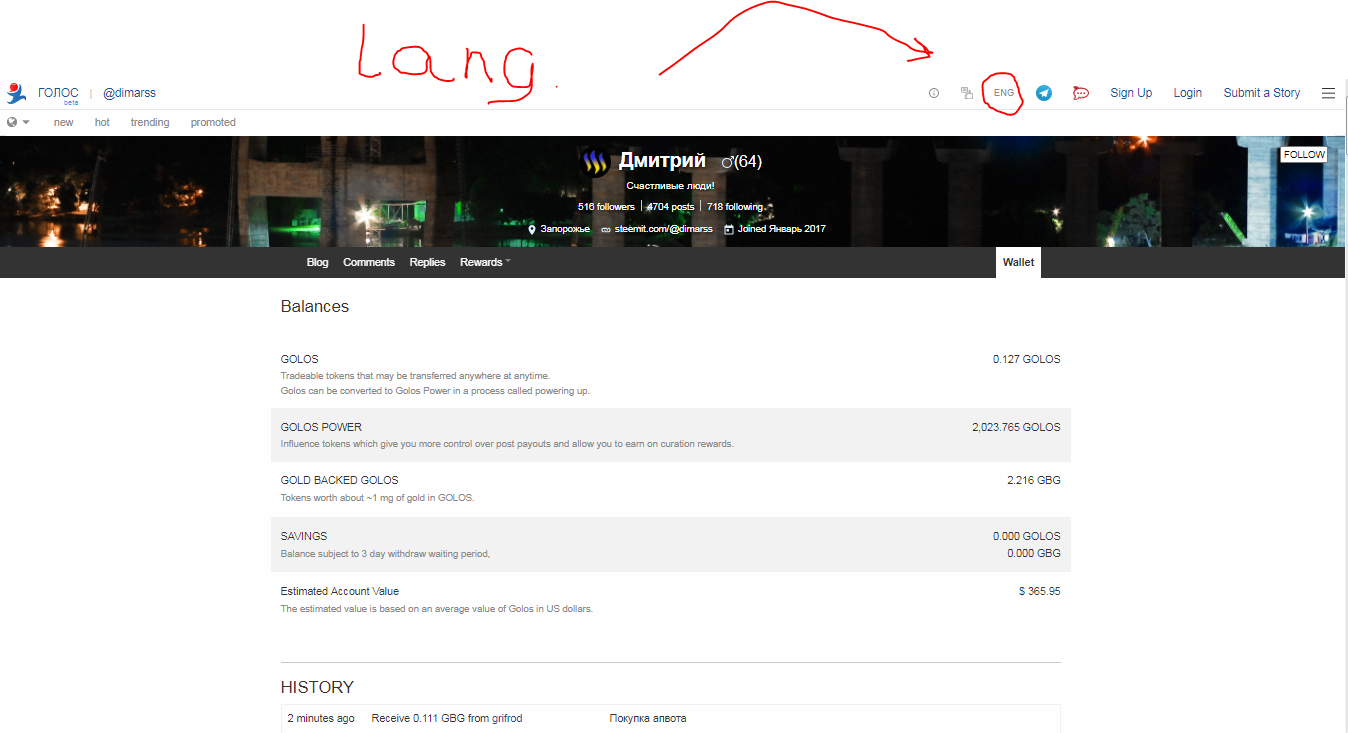 This looks like a good interface. I'll have to check out. I am currently just using busy.org and steemit :)

Thank for your attention!
This is simple as Steemit))
Wait for you on Golos!

Thank you very much.I was able to create an account after many attempts.Awesome. My Golos name is @xec .

Thanks for sharing this post. I think I will try out golos.

Wait for you on a board @seyiodus

Hello @dimarss
We have given you our still tinnie-winnie upvote!
You have been determined by a human @dimarss to be possessing of special gem. Do join the #untalented family!

Abolishing the conditioning attached to IQ tests e.g smart, dull, bum, average and you suddenly give every human a chance to shine!

So e.g if Bill Gates did Microsoft and i can do Macro-hard, arent we both genius? Oh, we both are! Showcase your talents regardless of its nature freely with us in #untalented. Relegate all reservations as flaws are allowed and we sift even the so-called nonsense to find sense therein.

#untalented is an ongoing historical curriculum with initiatives/contests, where each participant wins something. No losers! It is also a core branch of #steemgigs, so please join the SteemGigs community on discord already containing around 700 gifted steemian family members. See this URL for more info

and also this URL for the discord community

If you want to vote a witness, you can vote steemgigs too. Simply go to

and type steemgigs into the first search box. Stay awesome!

Just incase you find any level or form of gifts, talents, attempts at out-of-the-boxness, or any steemian low in confidence about their abilities, worth, etc; please don't let it slip emptily by.

Kindly call on me! Simply reply to any such post and add @steem-untalented or #untalented to your reply and i will be there to upvote, acknowledge, strengthen and encourage them.

tell me please how did you add so much tags ? usually we can add just 5 and you have 11 tags !

Would be nice to join golos.
Thanks for the analysis and suggestion @dimarss

Wait for you on the Golos platform)

How did you set too many tags.Explain in English please.

Well-spotted! Now I am curious too!