To reflect on the present is necessary to give context

As noted, ideology can become a subjective consensus in a propensity to fall disguised as value judgments, resulting in factual affirmations without any scrutiny or validity (Because it is thought that reality is only what is seen in the news compared to the immediate environment of a single subject and the alleged assertions of public figures that enjoy social validity)

As we have seen in this work, these changes in cultural systems are what generate a great part of our thoughts and our discomforts, from the cult of reason (similar to a God) to the new empire of the Great ISA, example is that the biggest problem is no longer the neurosis (given by the excess of rationalism) but the depression and anguish not knowing what are the social norms and an established purpose (consequences of the establishment of the new opinion of the Grand ISA that submerges in chaos the right and duty)
The consequences for the individual today (consequences) is that the demands of personal success are very frequent, the subjects are sued to be happy, get what they want, consume, not suffer.

Example is that having to work only to earn a living causes apathy, as Bajoit says, G. (2009) needs passion and responsibility to feel motivated. However, if the individual does not have the capacity or the conditions are deplorable, he sinks into existential anguish, feeling of emptiness, incompetence or otherwise the subject becomes somatized, drugged or resorted to crime.

According to the dynamics of groups and their consequences: The members of the group share the responsibility, but who is really responsible for the final result? The group makes the individual, just as the individual does (shapes, models) the group.
! [] (

Finally, the individual is forced to invent his own existence, bringing with it an overvaluation of the ego to believe that the individual is a sacred being with inviolable rights, however this has not been the solution, but because there is no theoretical framework based on As for rights and duties, all social dynamics incoherently turn to chaos. In order that the person with better arguments, strength of will, social influence, socio-economic power or persuasion has the capacity to implement the conditions that she wants and that suit her.
In this way a subject is generated that does not respond to social needs, which can not be "told" what to do, but the author considers that he must be aware of the responsibility of his social actions and the repercussions that they may have.
! [] ( 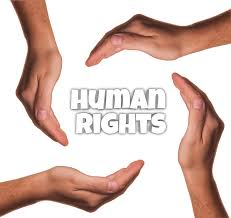 This post has received a 0.14 % upvote from @drotto thanks to: @rafpokmac.

Well done! This post has received a 40.00 % upvote from @litasio thanks to: @rafpokmac, @rafpokmac. Whoop!

This post has been upvoted by @nanobot with 12.5%!
You want higher upvotes?

You got a 15.38% upvote from @voteme courtesy of @rafpokmac! For next round, send minimum 0.01 SBD to bid for upvote.