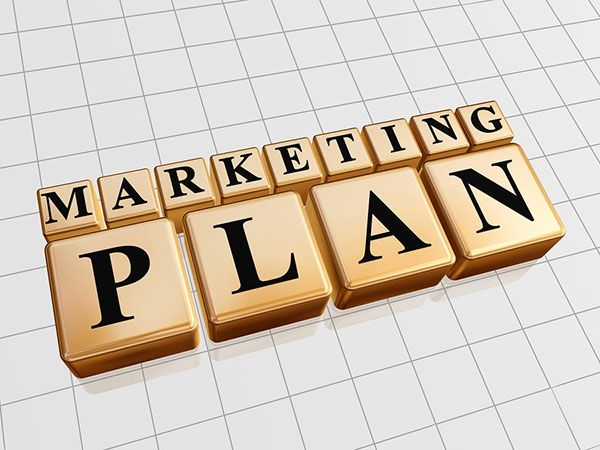 Nineteen days back, I began a seven day businesses marketing experiment which was designed to test a concept that might be used to bring awareness to a business entity which might be seeking to increase its customer base (followers).

You can check out the details here.

The concept was pretty straight forward. A sweepstakes type event where winners receive a large amount of SBD with the only requirements being to sign up for the company newsletter (follow) and resteem the contest details.

Generally, this type of contest is really not very welcome here on Steemit, so the first decision that was made was to donate (decline) the payout. Clearly the contest was not designed to generate a direct profit and therefor few people found exception with it.

The goal was to:

So to summarize each of these as succinctly as possible.

Further thoughts on this type of contest.

For a non-business type of account, this contest has a very minimal ROI and simply is not something that I would recommend. On a business level, when properly organized, well funded and monitored and then promoted heavily, the ROI is similar if not better than many other advertising campaigns such as pay for click or paid ad placements; providing that the business has a product line that lends itself to a broad audience.

There is no substitution for quality work and earnest and honest interaction with the community. If you want to build your "customer base", reputation and account value, then there are simply no short cuts.

As I have said before. If we are going to stick around, we need to ensure that we are producing quality content that has real value. Quality and quantity are both factors, but without quality, quantity has no value.

Produce quality products (articles) and you will grow your account!

Please follow and upvote if you found this to article to be worthy.

Some great points made and it will be interesting to see how this platform grows as more people flock towards the 'Easy Money' promoted by many YouTubers and vloggers.

Yes, I believe you are correct, we will see much more of it and I don't think we will enjoy the end result if it is not kept within boundaries.

Yes!!
I have to say that when I was informed about steemit, it was simply "come, post things, and get money from it".. And this is the same idea that's being fed to people and when they get here and post stuff without good content and don't get the reward that was falsely promised them, they get discouraged, and either run to 'bot' or abandon the community.. lol...
Please let's send the words out that in steemit, "there are no short-cuts in building costumers base, reputation and account value"

And that is what we are doing, and there are more joining all the time.

You have said it all...lovely post
I want to use this medium to say thank you!
You really pushed me to unleash my latent potential once more the time you gave me the opportunity and privilege to partake in the #bycolemancontest.
At first I asked myself, do I still have writting skill? After a day of thinking, the next day I swung into action and to my greatest surprise I was able to complete the story this morning.
Thanks to @bycoleman.
You reinvigorated and awakened the sleeping giant in me.
Proof reading my story and in no time I will submit it.
Thanks a lot, you are a blessing.

Wow, this is probably the kindest most heartfelt reply I have ever received!

I am so very happy you are back in action! And of course the best of luck to you.

You have blessed me today. Thank you and have a joyous day!

Thank you too.
Have submitted my entry to main post by you.
https://steemit.com/bycolemancontest/@cyprianj/cocaine-the-bane-of-dennis-chukwu-an-intriguing-true-life-story

That's so nice to read. It's beautiful when you see people helping one another and the closing of the circuit with expression of gratitude. I'm blessed to get to witness this between the two of you. (And sorry I missed the contest LOL)

Thanks for your read.... But you still have the chance to participate. It's still on you know

I can't argue with any of your takeaways. There are many better contest structures though. I think the biggest problem with this was precisely that it did not require any effort or creative thought on the part of the contest entrants. You might think that would be a plus, that by only requiring a follow/resteem that MORE people would enter, but here on Steem that is not the case in my experience. I am absolutely positive that if you did a contest with 100 SBD prize pool (and your contest actually had quite a bit more than this as total prize pool) and divided it up something like 50 SBD 1st place, remaining 50 divied up among some number of runners up (maybe 25/15/10 for 2nd through 4th, etc.) and turned it into some kind of creative contest e.g. think up a slogan, or come up with the concept for an advertising campaign, or any other creative contest assignment related to the brand, and you required contest entrants to make their own post with their entry & resteem the original contest post, you would have ended up with WAY more engagement and participation. EDIT lol I see you are already running a similar type contest and yes getting way more engagement :)

Thanks for all the help on my Steemit education, always look forward to hearing from you.

Have a blessed day!

None of us can achieve success by working alone.nice idea tank you.

Let me summarize all what you've said... Content should be valuable for genuine followership.

This is important to me, as I am trying to grow my community on here.

Yes, that is pretty succinct!

yeah my friend, there are no shortcuts to success!! all we need to do is do good post!! nice post!

Thank you. I do love my followers! You make it all worth it.

Have a blessed day!

Considering the dynamics of this platform I think you might get far different results beginning with a base of 3k+ followers. I could be wrong about that. And whether or not the current members agree with promotional posts I can assure you that if Steemit grows these type of posts will be coming. Advertisers are looking for eyeballs and if there's several million here there will be businesses looking to engage them.

Yes, I agree whole wholeheartedly, Steemit is a gold mine for businesses. And on a business level, a campaign such as this have a very high potential for success if properly undertaken.

When you get big, you will need to update and re-post that mumbo-jumbo article and it definitely won't get DSTO'd

This is very well explained. So to conclude, the experiment didn't work out as expected.
But I'm sure, Steemit is going to have a lot of similar promotions in future. It cannot be regulated on this platform. Brace yourselves! 😂

In some ways it did work as expected. If this contest was run by a business with a wide audience appeal and 10 x the SBD to give a way and promote it, it may have had much more success. I do believe that a purely resteem type contest is not the best choice, other more skill driven or challenge type contests are more likely to return better results.

This is the link to something like steemit Roadmap post. Sorry it's over here, but I could not reply in the other post from my mobile 🤔😥

Thank you, I will read it.

Thanks @bycoleman for writing this.All points noted and as a newbie on the platform, i'm really storming on a lot of articles which is helping me define my niche as soon as possible.
I wrote a last post and i received a comment alert from a user on how to reference pictures from certain sites. I have come to understand that on STEEMIT, you are being watched and rewarded for quality contents.

Quality is the key, information is power, putting them together is golden.

@bycoleman Whether I can follow it with posts I've published before ?

Hi @bycoleman. I recently resteemed an article written by my son @vocafrost. His article is about a beach resort we went to a few years ago. He posted a lot of pics showing the place plus info on how much it costs to visit the place on a day tour or overnight stay, how to get there, the services offered, etc. and it suddenly hit me that this could be the business model that can be used by companies seeking to engage the community and advertise their products. With a post like this the beach resort or any business establishment for that matter can be solicited to sponsor the SBD for a FUR of the article in a contestlike atmosphere. To limit the resteeming by ghost accounts or bots a question about the write up should be answered in the comments before the FUR. The question can be changed everyday. Prize for FUR is 1 SBD provided answer to question is correct. This ensures people resteeming get to read the article as well.

Just thinking out loud. You did say to let you know what I was thinking about launching a marketing plan :)

I will read your son's article.