Do you realize that Steemit has the potential to help the world realize the top United Nations Sustainable Development goal?

Do you ever wonder if the buzz surrounding the Steemit platform is justified, or if it is just a fad?

Those of us who are active participants already know that Steemit is empowering people all over the world to monetize their creative abilities.

But will Steemit just fade away into oblivion like many other promising startups? Should we invest more into the platform or just take our profits while we can?

Just what is the potential of Steemit?

@stephenkendal just released a #Promo-Steem interview with Titus Frost in which he predicted #Steem blockchain could grow into a “$500 Billion or more social media powerhouse.”

Let me show you 3 reasons why I think Steemit is just getting started and why @stephenkendal could easily be correct.

First, it is only a short matter of time before blockchain-based systems are a part routine part of everyday life.

Beyond what we experience here on Steemit, blockchain technology is being developed or discussed for revolutionizing digital rights, contracts, and patents; electronic voting in both government and corporate settings; and supply chains for commodities and other trade interests.

Businesses worldwide are starting to take cryptocurrencies. People will need them, and they can earn them- lots of them- on Steemit.

Central Banks around the world also realize the old centralized way of doing business will be replaced by a decentralized system, and they are preparing for this transition.

Second, the UN is on a mission to end global poverty.

"Goal 1. End poverty in all its forms everywhere.” 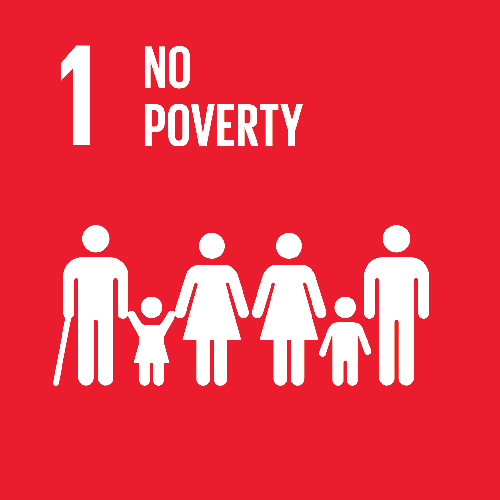 Now, let’s be practical and not rush to judgment. Could this be possible? The details of this ambitious plan at first glance seem improbable:

1a. “By 2030, eradicate extreme poverty for all people everywhere, currently measured as people living on less than $1.25 a day.”

A more recent report by the UN says that more than 700 million people continue to live on less than $1.90 per day.

1b. “By 2030, reduce at least by half of the proportion of men, women, and children of all ages living in poverty in all its dimensions according to national definitions.”

If you pay attention to the UN, you might realize that it is advocating something called “Universal Basic Income (UBI)” or “Global Basic Income (GBI)”. This is an idea in which each and every citizen of a nation is given a basic sum of money sufficient to live above the national poverty line.

Where will this money come from? Thin air? Why not? Blockchain-enabled cryptocurrency seems to me to be the best fit. What do you think?

1c. “Implement nationally appropriate social protection systems and measures for all, including floors, and by 2030 achieve substantial coverage of the poor and the vulnerable.”

1d. “By 2030, ensure that all men and women, in particular the poor and the vulnerable, have equal rights to economic resources, as well as access to basic services, ownership and control over land and other forms of property, inheritance, natural resources, appropriate new technology and financial services, including microfinance.”

Again, blockchain-enabled cryptocurrencies seem to be a great fit for enabling this to happen.

Third, #blockchain infrastructure is being built all over the world.

These rights are to be extended to everyone on the planet, which has a current population of some 7.4 billion people. Moreover, the UN projects worldwide population to grow steadily until around 2050, reaching a peak estimated between 8.5-9.5 billion people, depending on who you ask.

As indicated by point 1d above, many people around the world still don’t have access to the tools needed to participate in a world of cryptocurrency. Fellow Steemian @princeso reported in a recent post that in her country of Nigeria, people need assistance with acquiring the technology to participate in this revolutionary market.

The fact is, people from all over the world are still in need of this technology. Even in America where I live, although it looks like nearly every teenager and adult has some sort of computer device, there’s a huge potential for participatory growth.

I’m amazed at the number of primary (high school) and secondary (college) students who have to rely on computers at school because they either have no computer at home, no cell phone, or no data.

But there are efforts to build this critical piece of blockchain infrastructure.

Former president Obama had a plan where he gave away free cell phones to targeted groups, and now President Trump recently announced a plan to invest in high-speed internet access to rural Americans.

The decentralized characteristic which is attractive to so many users also makes it vulnerable to corruption. An in-depth analysis by the European Parliamentary Research Service warns that blockchain “platforms could evolve into oligarchies by autonomous organizations.” Further, it would be difficult for law enforcement officials to track the unlawful actions of these organizations.

Of course this entails the development of security measures that do not currently exist. All of this has to be figured out, but what is certain is that the world is not yet ready to jump headfirst into blockchain. It's coming, just be patient.

To those of us already on the Steemit platform, I say "Congratulations on being a part of something that is poised to revolutionize the world and empower billions of people!" Great post, I believe in steemit and I am almost putting all my eggs in the steemit basket! Thank you for sharing!

Thank you, @hope777, and thank you for your generosity to me on your recent post. I am definitely putting a lot of energy into my own Steemit basket!

I think the UN's idea sounds noble, but I don't see how they going to do this without a redistribution of wealth. Crypto is good, but still needs to be converted back to Fiat.

"I don't see how they are going to do this without a redistribution of wealth."

I agree. Everything I read from the UN organization itself talks about the necessity of redistributing wealth and brainwashing the masses of "haves" into a "Sustainability" mindset rather than a capitalistic mindset (i.e. "global citizenship"). The present outlook looks great, but I fear that at some point we'll probably go from being blessed ("unsustainable") to being plundered heavily ("sustainable"). Once they figure out how to tax this thing . . .

When you hear phrases like, "...for the common good...", that's when you should start to worry.

I just have a fundamental issue with the UN because of its foundation. Some of the main actors are known occult folks...and that makes me take a pause on whether or not I should trust them (which I don't).

"When you hear phrases like, "...for the common good...", that's when you should start to worry."

You nailed it . . . That old line began in the Garden of Eden and the quest for "the good" has been a stumbling block ever since.

I have fundamental issues with them as well. As I read through their 2030 Agenda, I'm struck by just how polar opposite their idea of "the common good" is from the Biblical idea of what is good. It's almost if they read the Bible and decided to do everything the opposite way. They're like the anti-bible.

Yep...not hard to see when you find that their founders were part of different occult organizations like Lucifer Trusts, INC, Freemasons, etc...

I think I might do a short post on the founders of the UN this week. Or at least, some of the interesting players.

I would really be interested in that. I’ve noticed that many members of the Club of Rome have entangled themselves into UN committees. Funny how the Club of Rome can almost predict the future. Then the UN tells nations what to do, or one of our politicians comes up with a grand new plan, which essentially brings to life what the Club of Rome wants.


Please note that this is a BETA version. Feel free to leave a reply if you feel this is an error to help improve accuracy. Please note, it only checks the text component!
$0.00
Reply
[-]
adriatik (51) 3 years ago