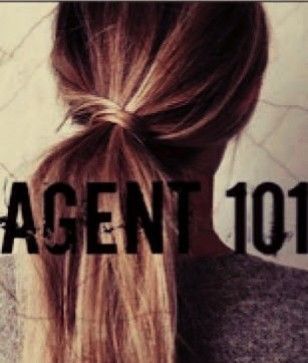 "It was a blast", Jade announced with a sly smile. I'm actually glad you two scum bags didn't show up".
Jade had been blabbing about her dinner with Dustin and his family. It was honestly getting annoying. I was about to go for cheer leading practice and Jade's silly talk was the last thing I needed.

"You know me",grace began as she untangled her pompoms. "I'll always tell you the truth plainly. I don't like Dustin. I don't even get why you two are dating".
I chuckled. If there was one thing about grace that I loved, it was that, despite her quietness, she was never scared to speak her mind. Finally someone was telling Jade what we are all thinking.
"You don't know Dustin", Jade spat at Grace. "He is such an angel. He is just misunderstood. He isn't just the jerk he seems to be. He's a darling."
"I'm glad you said 'just'", I added. "He is more than a jerk".
"Let's not waste our time, Bren" Grace told me. "She's probably going to dump him by next week".
Jade rolled her eyes. I knew that if I didn't change the topic it may lead to a serious argument.
"Detective Dawn got a new trainee", I said,not knowing what else to talk about.
"Are you talking about that hunk that came with you to school?" Jade asked eagerly.
Grace and I sent her a puzzled glance. She better not be thinking of going after Leon. Now, that would be pure madness.
"Yes it's him", I confirmed and stood up with my pompoms in my hand. "We better go. You don't want 'Miss-I-rule-the-world' to chop off our heads, do you?

Jade and Grace laughed out loud. It seemed like I had been able to restore the happy atmosphere. We left the locker room to the gym. That was where we had basketball and cheer leading practice.
My school made sure everyone was actively involved in one sport or the other.
Frankly, I wasn't much of a sporty person. I stuck with cheer leading since it was the only one I enjoyed doing.
We joined the other cheer leaders who were already sitting down. I noticed Dustin playing basketball with other boys. He stopped and waved in our direction. I turned to Jade who was wind blowing him kisses like they were necessary for him to live. I shook my head and looked at Grace who gave a soft smile.
"Bren, isn't that Lesson? ", Jade pointed to a guy who walked into the gym.
I turned to realise that she was right. Leon must've chosen basketball. Hope he is really good because basketball in my school was hell for losers.
I heard giggles from a group of basketball players. I noticed Dustin in their midst with a smirk on his face. The boys separated. Leon had sat down a few steps away from us. Dustin moved to a seat beside him. He picked up his backpack and brought out a bottle. From what I had seen, I guessed it contained orange juice. He opened it and intentionally spilled it on Leon. Leon got up immediately and looked at his stained jersey.
"Oh, sorry", Dustin apologised hypocritically.

I clenched my fists in a ball and made to stand up. Grace held me back and looked at me. "Brenda, don't", Grace said sternly. "Don't get yourself into trouble".
"But Dustin is bullying him", I cried in defense.
"Don't! Let him do it on his own", Grace urged me.
I turned to Jade who averted her eyes. She was probably seeing what her 'angel' of a boyfriend was doing. I looked back at Leon shutting all images of getting in between from my head.
Leon made to walk out when Dustin pulled him back. "Hey", Dustin called smugly. "Don't walk away from me. I'm talking to you".

Leon ignored Dustin who pulled him back and emptied the entire bottle of juice on Leon. My heart began racing quickly. I hope that Leon would be able to defend himself.
Leon punched Dustin with his clenched fist. For a few seconds, everyone stood still. Dustin retaliated with an attempt to slap Leon when Leon held his hand and flung it back at him.
That was when what I had dreaded to happen, happened. I could hear everyone chanting, "Fight! Fight! Fight!" I closed my eyes as if it would stop them from chanting. I could not stand it anymore.

"Stop!", I yelled. I stood up and moved to where everyone could see me. "Stop it! All of you should just stop it now". I walked to Dustin and Leon. I pointed my index finger at Dustin. "You spilled that drink on purpose". I put my finger down.
"I did", Dustin admitted. "So? Why are you defending him? Are you his mum or something?"
"Yeah! Why are you defending him?", someone else yelled at me.
I could feel my cheek go red with embarrassment. It was not because I had done something stupid but because I had nothing to say at the moment. What was I gonna tell them? That Leon and I were detectives and he was under my care? No way! Our job was strictly confidential.

"Fight! Fight!! Fight!!!", they began to chant again. Dustin charged at Leon who was about to attack him back. That was until our 'lovely's Principal Paul stepped in.
"What is happening here?" I could not tell if the question was rhetorical or not. Everyone began to leave the gym. I searched with my eyes for Jade and Grace. It seemed they had gone. "Miss Brenda Myles", my principal called. "Master Leon Smith and Master Dustin...", Principal Paul was cut short.
"Please! Don't!", Dustin begged.

"What is happening?", Principal Paul looked at me. "Answer me!", he yelled.
"Well...", I began.
"Shut up", he yelled. "My office. Now!"
Dustin, Leon and I walked out of the gym. I looked at Leon whose was smiling smugly. I, honestly, was glad that I was not training a wimp. Leon seemed to have guts. Even if his guts may land me in trouble and possibly endanger our investigation.
"Thanks a lot, Dustin", I said giving him a sarcastic stare.
"The pleasure is mine, sugar", he said smirking.