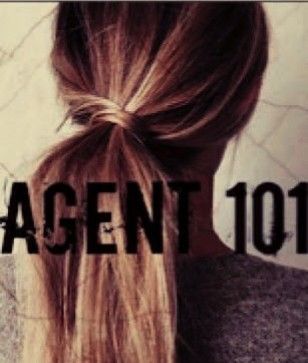 I rolled my eyes as my phone buzzed again. I stared at it lying on the other side of the table. It was probably another text. What part of 'I'm busy' did they not get?

My attention shifted away from the phone back to my laptop. If I was unable to give a perfect report on the robbery at the bank last week, I would be in a whole load of trouble. I needed all the time I could get to finish this.

My phone buzzed again. I just could not stand it anymore. I stood up and picked up the phone. I cracked my head for my password that I had almost forgotten. Thankful to God that I remembered. I unlocked it. My eyes widened as I stared at the screen. "What the heck?", I cried. "I leave my phone for two hours and.... "

The buzzing of my phone interrupted me instantly, causing me to roll my eyes. I ignored the urge to reject the call by answering it immediately.

"Dammit! Jade! " I spat out before realizing what I had said.

"Hey girl",Jade called out gleefully from the other end. "I've been calling you for over an hour now. What's up? "
"Work," I said trying not to yell.
"Oh!" she explained before chuckling lightly.
"Detective stuff Huh? " She used that her teasing tone that always made me get a bit upset.
"uh huh", I agreed while nodding even though I knew she could not see me.
"Well, I was writing a report on the robbery incident last week",I explained putting emphasis on 'was'.

Jade chuckled."Sorry for disturbing you", she said sarcastically.
"No biggie", I answered ignoring her sarcasm. "So why exactly have you been calling? "
"Oh yes! I almost forgot", Jade snapped her fingers loudly. "Dustin invited me to a family dinner today". Grace doesn't want to come with me,so I was wondering if you wanted to. "
"No" I snapped rudely.
"Wish! " She exclaimed in a disappointed voice.
"Bestie, don't get me wrong. It's just that I'm really busy. Plus, I'm pretty sure I'm not invited. Dustin wants his family to meet you, not us. So I don't want to butt in".
"It's okay. I understand ",she said slowly.
I knew she didn't understand. Who could blame her? Everyone knows that I would make up any sort of excuse to be away from Dustin.
"I'm really sorry ", I apologize.
"I said it was okay",Jade responded calmly.
"I'm not mad. Bye". She hung up abruptly.
Yeah! Like Jade could lie to me about not being mad and I'd believe. Anyway, I knew Dustin was just one of the guys. Jade could be done with him by next week.
I heard a knock on my door. "come in", I answered as I kept my phone on my table.
A police officer stepped in. "Detective Dawn wants to see you ",he said grumpily before walking out.
I heaved a heavy sigh. I hoped it wasn't about my incomplete report. After summoning courage.I made my way to her office I just couldn't help saying 'goodday'to everyone I met on my way. I stopped at Detective Dawn's office,took a deep breath and then knocked. I was certain I had heard tell me to come in, so I obeyed.
I found detective Dawn sitting on her swivel chair behind a long wooden desk. There was someone sitting on a cream armchair to my right. Even though he wore a peak cap and bowed his head, I could tell he was a guy.
"what's up with the newbie? ", I asked informally.
Detective Dawn chuckled. "He is Leon. He was sent from headquarters on Training. I decided he should stick with you since he is closed to your age".
I raised my eyebrow impulsively. Detective Dawn gave me a stern look through her glasses.
"I expect you to train him well",she continued. "He will be helping you on your next case". She handed me a file containing documents and pictures."That contains all the informations we have about the case.You will be going to that house with Leon tomorrow. Immediately after school. Did I forget to mention that he will be going to the same school?" Detective Dawn ended with a smile.

I opened my mouth to object but no words came out. I looked at Leon whose head was still bowed down. I tried to suppress a chuckle that turned into a wry smile. "No problem",I'll train him.
"Good", Detective gave a smile of victory.
"Come on" I gestured at Leon to follow me.

Leon stood up shyly and followed me to my office. Odd eyes obviously starring at us. I went to lean on my table. I really needed to give this newbie an orientation. I opened my mouth to speak but was interrupted when Leon took off his peak cap. His chestnut brown hair was looking all messed up. He sent his fingers running through his hair,causing a lock of hair fall to his face. It was then I actually saw his face clearly. He didn't look like the shy guy who was sitting in Detective Dawn's office earlier. He had a set of light brown eyes with a fairly pointed nose. His lips were so pink and they matched with the pair of white teeth he had.
I shook my head impulsively, I certainly did not see that one coming. I didn't think he'd look this lovely,this...hot. Everything I wanted to say had vanished from my head. I had a stern look on my face.
Leon glanced at the paper in his hand. "Hey",he greeted making my heart race. "What's your name?"
I blinked. "Isn't it on the paper you are holding?" I asked giving him a puzzled look.
"Not really", he replied innocently. "All I can see here is Agent one hundred and one".
I winked when he called it. "No. Everyone calls it Agent one 'O' One"
"Oh!" He exclaimed. "So what's your name?"
"It's Brenda.Brenda Myles". I said flashing a silly looking grin.
"Oh!" He said while keeping his mouth open. "How old are you? "
"Sixteen" I answered, opening the file Detective Dawn had given us.
"School?"
"Langford High".
"You are really fortunate", he remarked. "Do your parents complain about you being a student and a detective?"
There was a sudden lump in my throat. I swallowed hard to ensure no years came out from my eyes. "I don't know where they are. I'm an orphan".
"Oh!" He exclaimed sadly. "I'm sorry".
"It's okay". I said trying hard to stop myself from sobbing.
"So, why do you frown a lot?" That question hit me like a missile. I wanted to punch him in the face.
"I don't frown a lot" I defended.
"Actually, you do", he argued. Did this dude have any idea he was really getting on my nerves?
"You don't even know me", I raised my voice a bit.
"But you haven't been smiling all this while.First impression matters a lot"Leon said smugly.
I rolled my eyes.It looked likeI just found myself a hell of trouble.

Thanks for using the wafrica tag! @wafrica can give just one upvote per day!