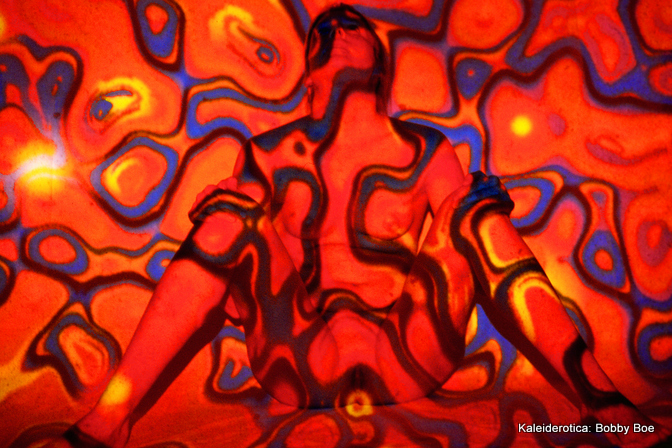 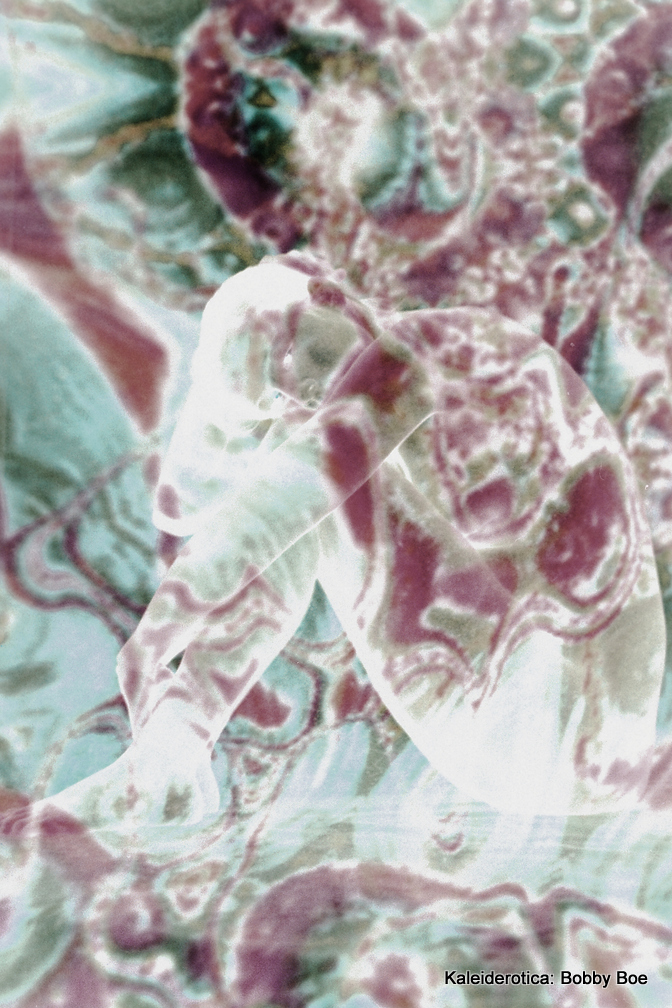 As described in earlier posts, the patterns were designed digitally using algorithms in a computer, then projected on the model (with and without model shots were combined later to eliminate shadows), photographed with a nikon F100 on Film, scanned and fine tuned in postproduction.

This technique of melting the figure seamless with the background allowed me to use posing that otherwise wouldn´t be suitable for exhibitions in all public environments.

It is not my purpose to provoke. Using quality and techniques is my way of "earning" a little more freedom in choosing posings of the female body. 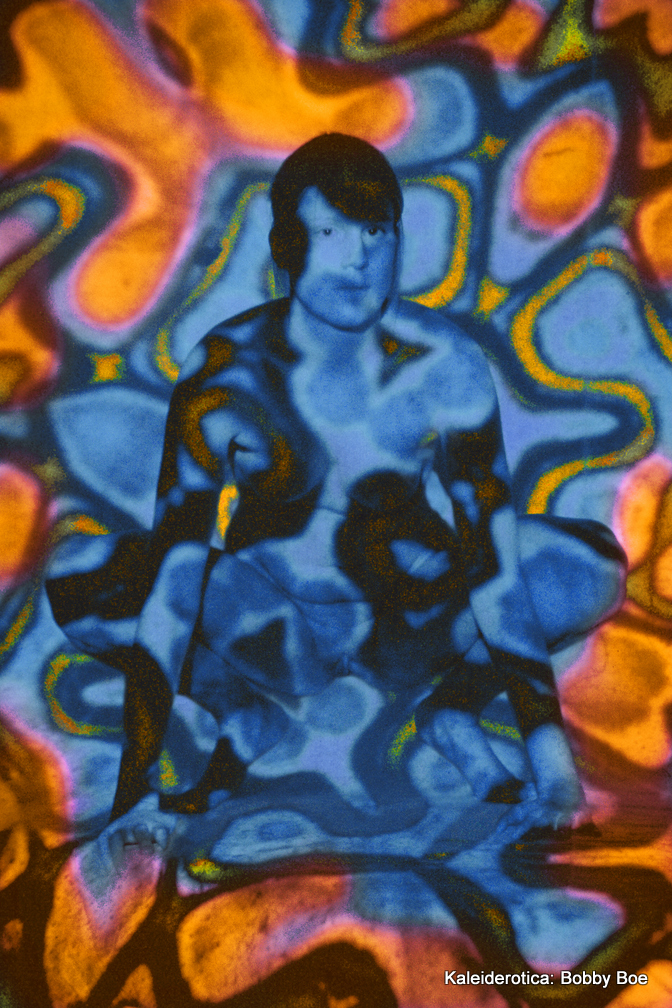 In case you would like some fine art print for your wall at home,
you can order prints of my artwork here.