Is your mind identical to your brain?

samueldouglas (54)in #philosophy • 5 years ago

Mind-Brain Identity is (unsurprisingly) the theory that mind and brain are identical. That is, mental states - sensations, beliefs, emotions, qualia, memories etc. are all identical with physical structures and events in the brain. There is nothing else.

As popular as this view is, and as much as some scientists would like it to be true, it’s not without many problems. Today’s problem: Multiple Realizability.

From the mid-1960s Hilary Putnam argued that the same mental states can be “realized” by different physical structures and events –Bickle (2016) summarises:

Animals provide a good illustration of this. Do they have pain states? Presumably at least some do.

Putnam (1967) argues that if Mind-Brain identity is true, these mental states must correlate with the same physical & neurochemical events – and this must be true across species. If an animal is capable of pain, it must share this physical-chemical structure as us. Also, it must not be a possible state of an animal that cannot feel pain! E.g.: something that does not seem to feel pain can’t have c-fibres.

This produces a dilemma for the mind-brain identity theorist: They think that only animals sufficiently neurologically similar to us can feel pain. But non-similar animals (octopi etc.) react as if they do feel pain. 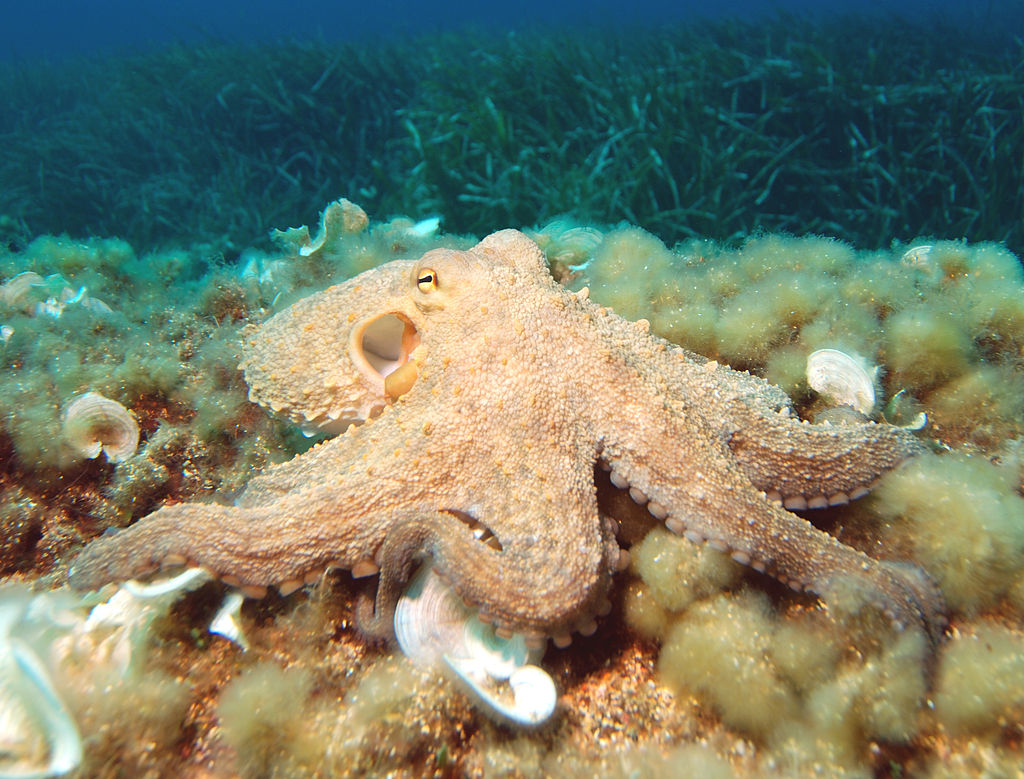 If octopi and other animals don’t feel pain, then we can’t trust our correlations of pain-behaviour (flinching or crying out etc.) with pain states. Trouble is, we use this correlation all the time as we don’t have direct access to the pain of others. Identity theory relies on a similar correlation – that between pain behaviour and neurological events. Ergo, if non-similar animals do feel pain, then mind-brain identity theory must be false.

Other applicable thought experiments that Putnam at least hints at:

You get the idea.

If the mind-brain identity theorist wants to say that any of these things feel pain, then they have to find some common physical structure/event/etc.

The theory that similar mental states are realized by different physical substrates removes this restriction and diffuses the pain behaviour vs pain state dilemma, allowing for the identification of mental states with ‘functional states’. This might not prove that our consciousness is immaterial or anything like that, but it could radically expand the range of things that could experience similar mental states to our own. Keep that in mind next time you set fire to a Sim (I know, showing my age).

Thanks for reading! Please feel free to leave feedback, questions etc. in the comments.

Evaluating this problem through pain is certainly interesting but I can't help feeling that it is terribly lacking. In my humble opinion, the specialised and reductionist approach to this specific subject matter makes biologists incapable of seeing or tackling the whole picture.

The preceiver is not the preceived and perception is a function of sentience not brain tissue. seeing is the function of the eyes but vision is preceived by a higher level of being. A tape recorder or computer can record and relay sound but you need the mind to discern language from music from random sounds.

I think this pain thing is one example of bias towards a purely materialist approach to science that is limiting the understanding and investigation of the scientific community.

I agree totally regarding the bias towards physicalism/materialism in science. As I said here, there are very good reasons for rejecting that our subjective experience can reduce purely physics - even a theoretically perfected physics.

such a great answer, I don't even need to write mine ! @sentience you are indeed very sentient. these kind of limited theories are self serving anachronisms (in my opinion) ..good article, @samueldouglas, I don't think brain equates mind. the mind arises from the brain. I actually think consciousness is something we probably tune into like radio receivers and is an innate function of the Universe. The more sensitive the receiver, the more consciousness we can pick up / process and use. even tiny protozoa have a mote of it, larger more complex creatures have more. there are rare people who don't feel pain.

I gotcha. a very thought provoking argument. We understand far less about our own minds and the minds of animals partly through wilful ignorance and a lack of ability as a species to be honest about our relationship with the natural world. On the one hand, invoking spiritual forces as the basis of reality lost traction as the age of enlightenment progressed. material reductionism took over as a necessary antidote but became like organised religion had been for centuries. seeing itself as the sole gatekeeper to understanding. I think that was a blind alley to banality. If all knowledge is 100 we surely haven't even scraped 0.00001% of it yet. which makes us pretty basic. so although we can reliably measure weights and temperatures and even identify complex chemical processes, to say we definitively know what reality is, is foolish.. at best although we should try to be more honest with ourselves.

for example. I once had a dream of quite mundane events but with a high level of specificity which I remembered vividly. six months later the dream literally came true as I experienced many aspects, specific to the dream, in context with a location I had never been to and people I had never met. my conclusion ?

my sleeping mind can experience / travel through a version of time perhaps my timeline but the bigger picture to me was that we don't clearly understand reality, dreams or our own minds, so to proclaim we do with any authority is futile. subjective experience collated across experience of many people is empirical evidence for many spooky aspects of our ordinary world, yet is largely ignored. precognition, psi, etc. science changes.. until 1824 nobody had seen a dinosaur.. expect they probably had but didn't know what they were. until very recently nobody had seen an earth like planet. we live in fascnating times and we will no doubt discover so much more in the next few years. perhaps even a complete theory of physics. I'm still not convinced by dark matter / energy. I think someone's got the equation wrong !

There's a lot in that reply! It's probably a good list of things for me to write about.

lol, yeah it just fell out.. there's loads of problems with our worldview. it just doesn't add up to to our experience, yet the empirical evidence seems to suggest we require a paradigm shift. I'd like to think that we arrive at a new understanding in the not too distant future. we're so caught up in how smart we are, we forget that yesterday's geniuses were held back by faulty logic which could be understood by today's schoolchildren.

Indeed. On that note, that's why I'm so keen to get the fundamentals of logic to schoolchildren.
Who knows, maybe we can thrash out a new paradigm here on steemit. Seems as good a place as any to do that.

The mind is not identical to a brain, you can crack a skull open and you wont see a mind because it is something immaterial (not made of atoms or molecules). For me, testimony of people who consciously experience separation from their bodies during near death experiences, accounts of astral travel, and other other documented 'paranormal activities' such as parakinesis, etc, provide strong evdience that we are in fact much more than simply meat sticks. Materialism is dead.

Dr Rupert Sheldrake conducted some fascinating experiements suggesting that the mind is not local. http://opensciences.org/videos/consciousness-studies/nonlocal-mind

I don't know if materialism is dead, but it's in deep trouble. Where things get really wild is when you consider the implications of overlapping theories. For example, integrated information theory plus the holographic principle gives you another, and particularly deep, form of panpsychism (maybe).

Fascinating topic. I had just mentioned this to someone only moments before stumbling onto your article giving a great explanation.

I believe that saying our mind resides solely in the brain is somewhat erroneous. In my view reducing our entire being to compartmentalised sections that have no impact on the rest of the system is convenient but leaves a lot to be desired.

In Chinese philosophy, I'm mostly thinking TCM and not so much classic Chinese philosophy here, it's strongly believed that there is a heart-mind connection and that plays an important role in our health. What effects the mind also effects the heart and vice versa. I'm not totally sold on TCM mind you but some western research does indicate there is some truth to the concept.

Dr Ting (a cardiovascular surgeon) and Dr. Gregory Fricchione (an associate professor of psychiatry at Harvard) wrote an excellent book on the subject titled - The Heart-Mind Connection and they detail some remarkable instances where the mind affects the heart and heart and vice-versa . They seem to think there is bidirectional system that connects the heart to the mind and vice versa.
Some insight into the book here

So I suppose I'm rambling a bit here but I believe that it's possible that our consciousness does not lye solely in our brain.

That's interesting. im not too familiar with TCM but I have looked into yogic and Taoist teachings in the past. According to the taoists each one of the primary internal organs relates to a specific emotion and they teach that emotions can be regulated by focusing on the corresponding organs. they also suggest that emotional imbalances can manifest in those organs and vice versa.

Both the yogis and the taoists believe that the etheric body is interweived into the meridians and organs of the body and according to the Sufis the cavity of the chest around the heart contains the etheric preceiver. Having said that, the chinese hare stimulated research into the "Second brain" or the belly with promising scientific results.

This post has received a 3.33% UpGoat from @shares. Send at least 0.1 SBD to @shares with a post link in the memo field.

Mind also include our gut brain, and our heart brain. Brain is more the organ in he skull. Latest scientific research proving the microbiome in our gut determine our brain function. Furthermore, when 3 girls living together in a dormatary. Their biological clock begin to synch, they begin to have same menstral cycle. They formed a network mind. On the greatest scale, life force that permeate all life in the entire universe formed a cosmo consciousness.

This is, as other's have pointed out, a good point. Mind-Brain identity should be re-named Mind-Body identity! (But even then, I'd still have philosophical problems with it). Thanks for commenting - hope to here from you again in the future.