The US is at war with Iraq, Libya, Syria, Iran, Russia, All to protect the Petrodollar

freemarketcap (25)in #petrodollar • 5 years ago The US dollar currently makes up 2/3rds of the worlds global reserve currency. This is because nearly every oil-exporting country in the world exclusively sells their oil in US dollars (the Petrodollar), so nations are forced to hoard large amounts of US dollars, allowing the US to print it almost to infinity without hyper-inflating their currency.

The US government has been doing everything it can to protect their petrodollar status around the globe. How did this all come about?

In 1974, OPEC nations halted the sale of oil to the United States due to its support for Israel in the Yom Kippur War. This resulted in quadrupling oil prices, almost overnight. Inflation sky rocketed and the stock market crashed causing the US economy to nosedive.

US president Richard Nixon ended up fixing this dilemma by setting up an agreement with Saudi Arabia. The US would buy oil from Saudi Arabia, protect them militarily and even sell them military aid and equipment, helping the military industrial complex in the US. In return, the Saudis would buy billions of dollars worth of US Treasuries to help finance America's spending habits.

History dictates how the US government and their ally's have been protecting the wests financial dominance through this petrodollar ever since.

Iraq and the Euro

In 2001, Iraq switched from the petrodollar and began selling their oil in Euro's. Soon after, sanctions were placed on them followed by an invasion with massive destruction to their infrastructure. The Bush administration galvanized support for the invasion with lies about supposed WMD's that Saddam was going to use on either his own people or Israel. This came a little more than a decade after the US assisted Saddam with chemical weapons and sophisticated military equipment as well as strategic supports so he could fight Iran.

Libya and the Golden Dinar

In 1996 and 2000 the leader of the oil rich Libya, Muhammar Gaddafi, had initially indicated the idea of a gold backed African currency. He found there to be many African and Muslim nations interested in the idea.

He began amassing large amounts of gold and silver, to the tune of 144 tons of gold and a similar amount of silver. That is half of what the UK possesses in gold, but Libya has 1/10th the population of the UK, so it was quite substantial. In 2009, Muhammar Gaddafi was the president of the African Union. He proposed the African states shift to a new Golden Dinar that was actually made from physical gold. Many of these interested nations were using the French franc (CFA) circulating as a prime African currency.

A leaked Hillary Clinton email showed this to be a serious issue for the french and how they were worried it would do a tremendous amount of harm to their economy. The US also felt threatened to loose the petrodollar in this oil rich region.

The prospect of sovereign control by a growing number of African and Muslim oil states would have been disastrous for Wall Street and London bankers.

It would have meant huge liquidity in the trillions of dollars they no longer controlled as well as potential hyper inflation for the US dollar who had just quintupled their money supply to pay for 2 major invasions (Iraq and Afghanistan) and to offset their losses from the 2008 recession. The wealth of these African nations would have depended on how much gold they had, instead of how many US dollars they trade. The great fear was that Libya might lead North Africa into a high degree of economic independence with a new pan-African currency.

Gold would have flowed out from energy hungry customers in the west and into African and Middle Eastern nations. The US and its ally's could not allow that to happen.

Fearing a diminished influence by the western central banks, the French, UK and US then attacked Libya and utterly destroyed their infrastructure leaving them to be ravaged by years of terror from Al-Qaeda and other factions, with the guise of defending the helpless rebels who were opposed to such a brutal dictator.

Two countries have stopped selling their oil in petrodollars, Iran and Syria. Both had major sanctions placed on them with Syria being invaded by outside terrorist organizations supported, funded and trained by the US government.

This not to mention another country slammed with US sanctions, Russia, has begun trading some of its oil for the Russian Ruble instead of the US Petrodollar. Is there a wonder why Obama has been adamant to create a rift between his administration and Putin's?

If you've been following the establishment media reports, you might have thought it was because Obama has a heart for the people of Crimea or because Putin was fighting the terrorists in Syria or the so called "moderate rebels" as they like to call them, a claim proven to be false.

If many of these oil countries or even OPEC itself stopped using the petrodollar, no one would need to hoard it anymore. These massive quantities of US dollars would be sent back to the Federal Reserve in exchange for whichever currency replaces it.

The value of the dollar would shrink dramatically and the Fed would be forced to take steps to shrink the money supply to stem massive inflation. The raising of the Federal Funds rate would mean that there would not be enough new loans created to pay off old loans.

This is necessary, because there is always more debt in the economy than there is money, because money is created with interest attached, from the very beginning we are all indebted to a small cartel that sits behind the federal reserve.

The defaulting of loans would lead to a chain reaction that would collapse the $700 Trillion derivatives market. In addition, the Fed wouldn't be able to mindlessly pump money into the economy anymore to fund their welfare/warfare state such as with their current policy of quantitative easing. Chaos would ensue in American streets as people wouldn't get their much needed food stamps and welfare checks. Occupy Wall Street would be a walk in the park compared to the riots we would see. The US dollar would hyper inflate almost overnight virtually eliminating the savings of millions of people.

Is there any wonder why the US policy makers seems to be in a perpetual war with oil rich nations that go against their plans of world financial dominance? Yet, when their oil rich ally Saudi Arabia beheads its own citizens, en masse, or performs brutal war crimes against its neighbors, like in the recent war with Yemen to oust its leader, no one in the MSM barely notices.

All this using US made warplanes to drop US made bombs on wedding parties and hospitals, they get no mention in the mainstream media or by the US government. I wonder what response they would have if Syria or Iran did the same thing?

There is a way out of this mess, it will be painful, but it will be less painful than the one that will eventually happen as we kick the can down the road with more wars and destruction of lives on the other side of the planet, and quantitative easing here at home.

Follow us on facebook so you can stay updated on our latest posts and learn how you can protect yourself and your assets from a potential catastrophy. 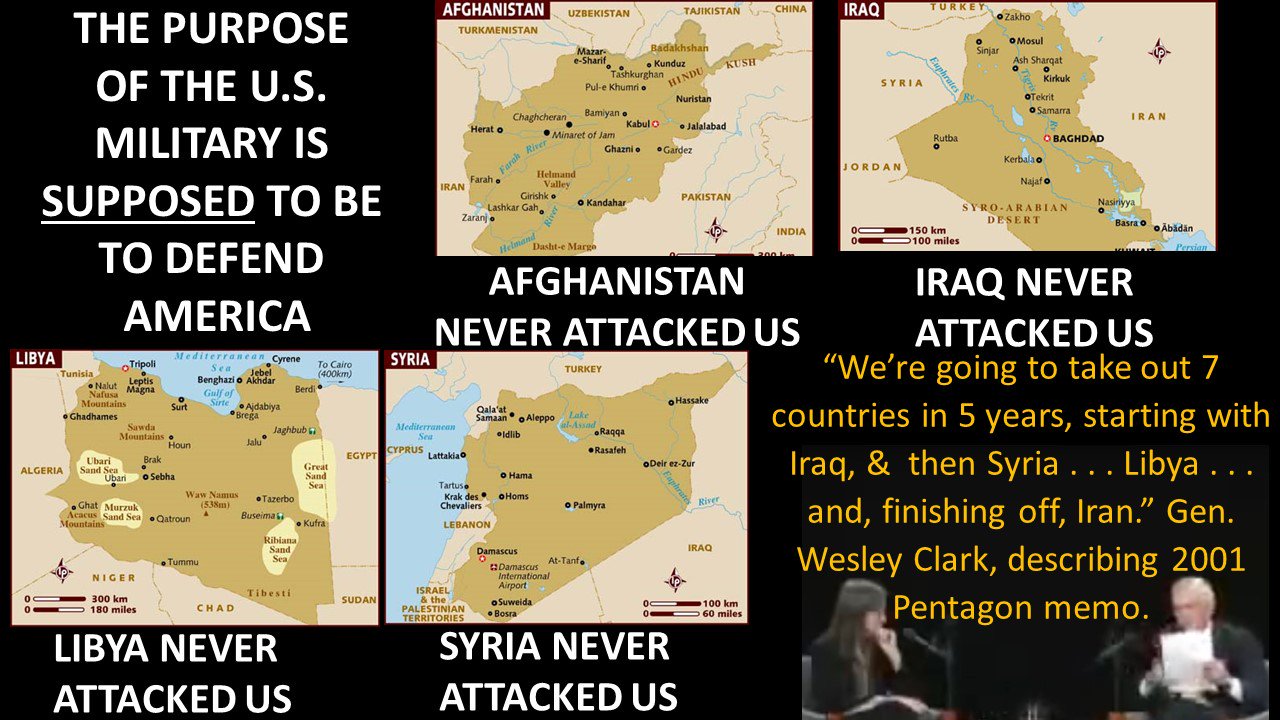 Good article. However, though collapse of the monetary system is at the heart of the issue. Places like Syria do not have much impact on the financial system, as like China. The attacks, physical and media wise, on Syria are primarily to server interests of Zionist regime, to remain dominant and expand in the region. Here is my article on the recent hoax and attack on Syria.
https://steemit.com/syria/@faramak/facebook-censoring-veterans-today

You, my friend, are absolutely correct. I was going to do a similar article on this very issue. Most people are so unaware of where and how currency is created they remain oblivious to the threat this issue is to America and the world at large. I believe there is another solution to this inevitable end...to slowly remove ourselves from the system. There is a guy named Derek Broze who is working to spread the message of freedom cells and has a website at the freedomcells.org. It's a network of people who are leaving the grid, engaging in bartering and setting up small well armed communities that work to support each other...his main source of income is bitcoin donations...I amnworking to find and build the same kind of community...Amazingly, every person I find that understands what you're talkimg about here eventually leaves to join such a community...it is almost like I'm living in the modern day novel Atlas Shrugged. I want to creat my own Galt's Gulch. Thank you for this great article...I guess I'll find another way to discuss this same issue.

War for recourses, will it ever end?