I Have Been Duped By The CIA. Were You?

Frank Zappa, Jim Morrison and the recently deceased Charles Manson. . . What could they possibly have in common? 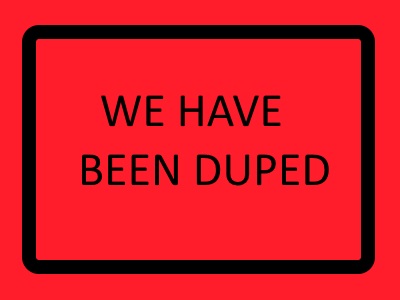 This 47 minute video is actually nearly 3 years old. I had not seen it and am guessing many of my Steemian friends have not seen it either. I want to share it with you so that we can clearly see how the CIA has infiltrated and disrupted goals for peace, abundance and liberty throughout the years. Sadly, they know no boundaries.

Dave McGowan wrote a book called "The Secrets of The Canyon" where he proves that most of the people who came out of Laurel Canyon became some of the biggest names in the music industry during the mid to late 60's and had connections to military/intelligence. As Dave McGowan sums up in his book, the pentagon and CIA created the "Peace and Love" hippie music to derail the anti war movement that was gaining ground in the USA. They used members of their own families and created the "scene", the "scam", in Laurel Canyon in Los Angeles.

Talking to anyone from that era you will find that most believe the "hippie movement" came from the Haight-Ashbury district, but that isn't true either.

My head is still spinning and I feel now my history has been changed right before my eyes, because it has. It will certainly take me time to digest this and recover if that is even possible.

@jockey is creating a new Steemit Community Series that will focus on exposing and bringing to shame some of the most ruthless instigators and disrupters of peace, abundance and liberty.

This is my first post I'd like to submit on the subject of Naming and Shaming because this outfit (called the CIA) seems to invest their time in working for only the elite and certainly NOT FOR THE GREATER GOOD.

To become a part of the Steemit Community Series for Naming and Shaming please visit @jockey post here:

Shame, shame, shame on the CIA
And let peace BE the journey, whether they like it or not!
#nameandshame #namingandshaming
#music #conspiracy #politics #anarchy
3 years ago in #news by vickiebarker (55)
$9.85
52 votes
Reply 21
Sort:
[-]
misslasvegas (71) 3 years ago

Thank you for this. It is something everyone needs to hear. I didn't read @jockey's post yet, but will now. I have a few things too....Weather modification, vaccine injuries that are done on purpose and swept under the carpet, illnesses that were made up completely to cover their own butt, and so much more. It is happening and it won't stop until people start to realise that the people in power are behind it and DON'T do anything in our interest, only theirs. We are the revolution. Thanks for sharing.

You are so right @misslasvegas We ARE the revolution and it certainly is time. I am so exhausted with all the suffering going on in this world and it is simply because of a "lack of knowledge" because so many people simply don't know and can't comprehend how bad it really is.

We do have a great opportunity imo with this Steemit platform and while we have it, I am going to use it any way possible to get the word out. So glad you are part of this, stay in touch. The geoengineering is WAY out of hand and the suffering will only get worse as time goes by. Couple that with the vaccines and the many other toxins that destroy our bodies' ability to stay healthy so we definitely have a lot of work to do. Steem On!

Agreed, and the reason why they are stepping up their game lately is because they know that there are a few people who know what's going on and they don't want the masses to understand it too. I've been a truth seeker for a very long time and have been called crazy for the same length of time. It is not that they don't want to see it, it's because they can't. If they could, all the lies we've been told would be too much to comprehend. Once you see one thing, you see it all and everywhere. Most people can't handle that amount of truth all at once.

That is the big problem I see. You and I and others KNOW what we know and when we start talking it all seems to roll out at once. LOL But the problem is so big there is no need to pussy foot around anymore.

Congratulations @vickiebarker! You have completed some achievement on Steemit and have been rewarded with new badge(s) :

Dave McGowan did such awesome work. It's a shame that he died so early. Thanks for posting some of his best research. Weird Scenes from the Canyon is a must read.

That is sad to know, I wasn't aware of his death. I only started reading and listening to his works. I am more anxious than ever to now go watch more of the videos and seek out his books. Thank you @newsandviews for this update. :(

I was really saddened to hear of his death as well. He was such a talented researcher and writer. You can read some of his older work here as well

Thank you, good advice. I will try finding some of it. We have so much to learn from those who went before us and it is a shame when there work is lost. Another reason I like this "blockchain" approach so much!

I very thankfully just found a link for all of Dave McGowan's other work from his old website. It's great to see that this hasn't been lost and that someone is caring for it. You can find it here

Oh my goodness, thank you so very much for this. Bless his daughter's heart for preserving it. I've been in the site for some time now this morning and the list of books for reference, well, there are no words. At this point I see a great need to bring David's work to light once again as all to many people in these days simply do not know it exists. Thank you again @newsandviews I love knowing and working with those that truly understand the need for investigative research, will follow you and continue learning and sharing.

UPvoted and resteemed with pleasure! =)

Thank you @jockey appreciate all you do for this community.

It's absolutely my pleasure. Happy to assist! =) Wow, thank you @phibetaiota for the resteem but mostly for this little answer to Open Source. Anything that contributes to a more holistic approach excites me. I'd not thought of it in that way. My (our) universe continues to grow everyday in a special way!

The sixties, for too short a period of time, (a few years) was an amazing time.

LSD 25 was a catalyst. It truly was a mind expanding drug. It was a CIA experiment that backfired, and they weren' happy about it.

What an amazing book! Thanks for posting this, Imma hafta read that book.

Congratulations @vickiebarker! You have completed some achievement on Steemit and have been rewarded with new badge(s) :