DTube - The Canadian Government Is Lying About Cannabis Legalization Cannabis is the gateway to liberty...but not if the Canadian government can help it!

There is a grand illusion taking place in Canada right now where the masses have been deceived into believing that cannabis will be legalized for the benefit of the Canadian people...the truth is the Canadian government is currently monopolizing the industry behind the scenes in preparation of their heavily regulated version of "legalization" that will soon be announced.

Dan Dicks of Press For Truth speaks with Chad Jackett of Liberty Farms, Grass Roots Medicinal and The Cannabis Growers Of Canada about the coming legalization scheme being rolled out by the liberals.

I am very against "legalization". I never meet a person who uses​ed it by smart way... And I knew many who used it.

Well there are a lot of people that use it smartly -- some even use it productivity.

LOL! I don't know one either. Try hanging out with a pot head...pot effects their thinking and dumbs people down. It's a lie.

Thank you, my next post is on the most productive stoners I know of starting with Microsofts Bill Gates's right-hand man is a stoner the right-hand man at Forbes and the president of rolling stones mag. well I better get to work making this list. Wishing you all the best day 😉

I don't like the idea of the government trying to regulate the genetics one bit
One of the reasons I use cannabis rather than anti depressants and pain killers is because I don't want all the chemicals and shit they put into drugs, I want something natural, and unmodified

The centralization of drugs is not legalization.
That is a fact.

So what do you think will happen to the Canadian stocks that are involved with cannabis?

i think they will miss BIGLY on their sales projections and the stocks are in for a big correction. no canadians are going to pay $10+ per gram for shitty poison scwhag, which is what they've been putting out, when they can easily grow their own high quality SAFE cannabis with no pesticides/fungicides.

How about the market for CBD oils? How big of a market is there for that?

Canada is one of the only 1st world countries you need a medical card to get CBD. theres a million places to order online with worldwide shipping. you can order 99% pure CBD isolate online for dirt cheap. i don't think there'll be a huge market for overpriced irradiated CBD oils from these shitty licensed producers. i also think the medical benefits of CBD (and cannabis) is greatly over-exaggerated, like curing opiate addiction or being a viable substitute for opiates to treat pain etc. CBD won't hurt anyone but if you're not epileptic or severely arthritic i don't think most people will benefit significantly from CBD.

I still think CBD has various use cases, such as treating insomnia, healing muscles after workouts, anxiety etc. Do you know where I can grab pure "organic" CBD online for the best price? I hear purekana is good, but I'm not too well versed on CBD.

what is the benefit of alcohol

or TOBACCO which kills 10x as many people as opioids in north america. 42,000 died from opiates in America last year, 470,000 died from tobacco. even alcohol killed 88,000 people which is 2x opiates.

tobacco and alcohol users should be stigmatized way worse than cannabis users ever were!

Are there any studies available about the benefits of the new, "approved"marihuana? Would not be surprised if it turns out to be somewhat different...

Great post Dan! BTW I was going through the 2018 Canadian budget and found some very disturbing additions from the 2017 budget. Please check out my steemit post and let me know what you think? https://steemit.com/money/@theeconomictruth/canada-implements-global-tax-racket-un-taxation-is-theft

Hi dan, That is actually what the government does they simply lie ,and make the lies look more truthful. Which is such a shame.

Please guide the people about impacts of CANNABIS upon human health positive and side effects both along with References. 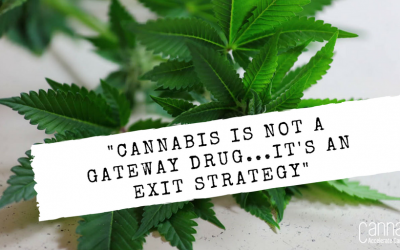 your Dtubbe is awesome sir. 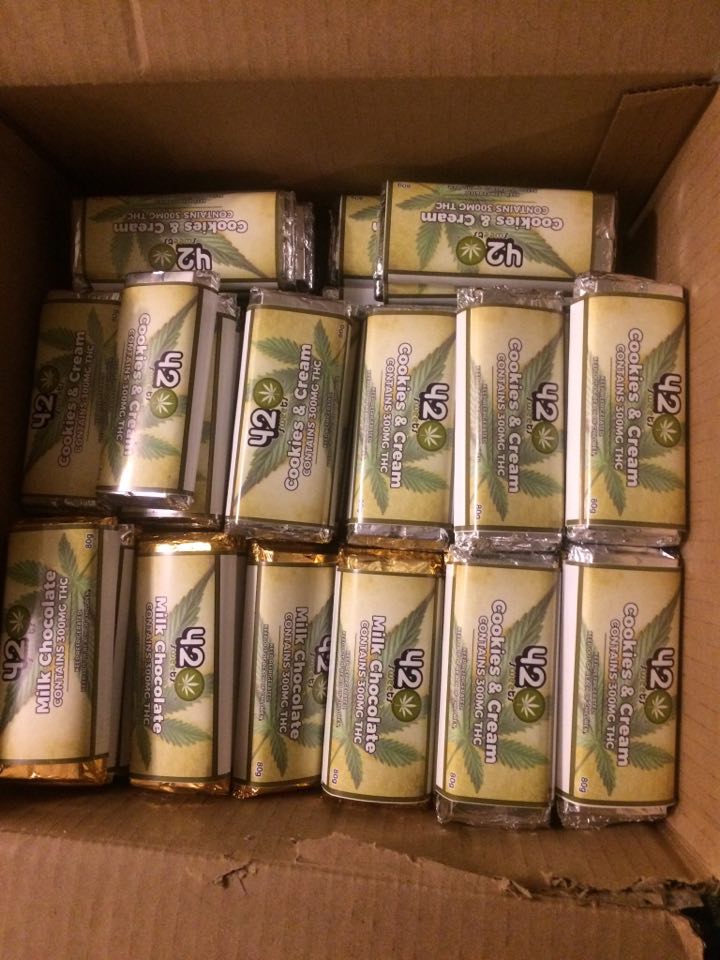 That's a lot of stuff for one person:)

i get medicine for those in need at half the price :)

It's not in their interest to legalize it

Congratulations @pressfortruth, this post is the fifth most rewarded post (based on pending payouts) in the last 12 hours written by a Hero account holder (accounts that hold between 10 and 100 Mega Vests). The total number of posts by Hero account holders during this period was 409 and the total pending payments to posts in this category was $7794.09. To see the full list of highest paid posts across all accounts categories, click here. 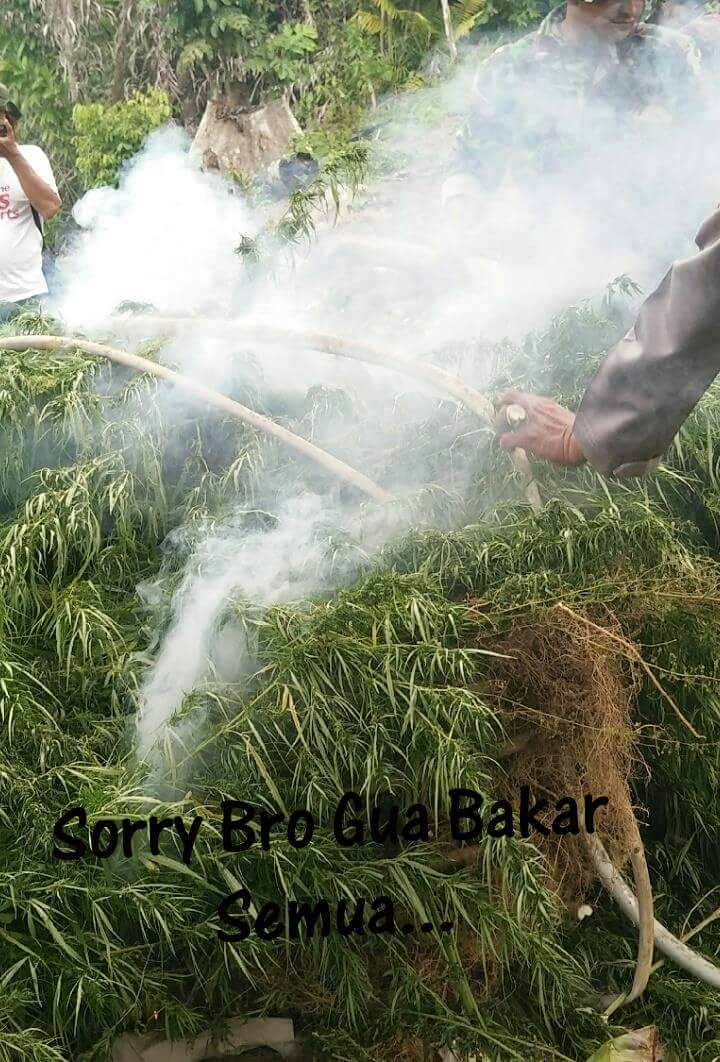 Aceh Indonesia This plant is very much, but unfortunately continue to be destroyed

This sort of whining makes me think about going from neutral, to opposed when it comes to legalization. We all had this idea that it would be treated more like alcohol, but I guess they're treating it like tobacco. Given that smoking is a common method of using pot, and is just as obnoxious as tobacco smoke, I can see the logic.
I also understand why those who see it as harmless are up in arms about this, but what they seem to be ignoring is that they have almost won the war on legalisation. Once this goes through, while there will be some more battles ahead, they will be rearguard actions to try and limit how widespread pot use becomes, but recreational pot will be legal.
If they piss off enough people, the regime that is brought in could be way more restrictive than the average user would like, and they'll continue to run afoul of the law. If that happens, not only will they continue to be hassled by the man, they'll lose the support of the public, because there would be legal means for them to get their high.
For any marijuana users out there still capable of thinking ahead, convince your fellow potheads to calm their tits. If you want pot to be freely available, get behind the LPC's proposal, and support it enthusiastically, while also putting forward the amendments you want. The more you bash it, the more you'll lose popular support, and lose this war that you have almost won. @pressfortruth

This great news i appreciate your dtube thanks for sharing this post..Best of luck resteemit...

I am not sure on what is the effect and the advantage of marijuana to our health. As as i know i can be addictive and prone to abuse.
@pressfortruth

The news media this days are not to be trusted at all.

Well if it true and they really want to legalize canabis ..its ok maybe they have good intentions,.but there are no good intentions with canabis because it has health complications when use regularly @pressfortruth

if you keep telling a lie enough eventually people will start to take it as the truth.

I want know when Estonia start this use :))

The original cannabis is yet to be legalized in my country too. Wish they could do that here

Cannabis, hmnnnnnnn, well that will be of interest to those who are into it. As far as I am concerned, the government should much more interested in bettering the lives of its people. Cannabis that reduces grown into infants.

This was bound to happen when marijuana became legalized. It's a huge market, of course people with the bucks where going to find a way to capitalize on it, making back room deals to conquer the new market. They shouldn't be legislating who gets to participate in a free market, the market should be left to develop on it's own. Some claim this is why marijuana legalization went down in Ohio, same back room tactics delegating control.

I'd say that the fact the Liquor Control Board has their mitts in this shows how it's just going to be a government tax grab whenever it does come to fruition. Like in BC where Galen Weston, owner of Shoppers Drug Mart, got the permission to sell it in his stores. In Vancouver we had so many great little, locally owned dispensaries that will probably go out of business soon because big corporations are moving in. My husband has cancer and uses oil for treatment, and he used to go to a little place to buy it; they were bought out by Booster Juice and the prices quadrupled.

Unfortunately most people listen and believe in mainstream media and can't be bothered to search out their own truths about things. I appreciate your post and video here...I like your name @pressfortruth as well ;) I taught high school for years and continually pressed upon my students the idea of critical thinking; and to simply think for themselves.

Thanks again for this. Cheers!

People keep pushing for things that are ultimately harmful.

Thank you for sharing good information. .
I appreciate your post .
Best of luck .

All the governments are the same. The only time they use the word freedom is to manipulate and control hahaha

Legalization plan = generalized idiocy plan. if it does not benefit the citizens it would be a counterproductive action. I believe that the objective of everything is only to make money regardless of the welfare of citizens.

No surprise for sure. But for most people this is difficult to understand, I don't know why, this video is eye opening though. thank you. B

Legalization is simply a globalist/statist ploy - people that fear other peoples freedom - to disrupt progressive local industries that create solidarity in local communities and the consequential self autonomy and accountability it breeds in the individual: There is nothing more scary to the control freaks than the free market. It's no different than egg and chicken quotas for hobby farms, hemp seed regulations, tobacco growing regulations, etc...

If you support medical cannabis I'm currently growing on my blog. I upload weekly. Thanks dan for keeping us up to date. Your videos are needed.

I don't like the idea of the government trying to regulate the genetics one bit
One of the reasons I use cannabis rather than anti depressants and pain killers is because I don't want all the chemicals and shit they put into drugs, I want something natural, and unmodified