The third games of the Eastern Conference semifinals were decided overnight, and six players of African origin were listed on the rosters of the four teams playing. Of the six, five saw some action.
Two of the players went head to head as the Boston Celtics took a commanding 3-0 series lead with a 101-98 overtime defeat of the Philadelphia 76ers. Cameroonian center Joel Embiid was as active as ever, delivering 22 points, a game-high 19 rebounds, two assists, a steal and one blocked shot in the losing effort for the Sixers.
Nigerian-American Semi Ojeleye came off the bench for just four minutes, and sank his only field-goal attempt, a 3-pointer, to contribute to the win. Egyptian-American small forward Abdel Nader was on the bench, but didn’t play.
In the other Eastern Conference semifinal, the Cleveland Cavaliers pushed the Toronto Raptors to the brink of elimination by also taking a 3-0 lead with a 105-103 victory. Of the three players of African origin on the team, Nigerian-British forward OG Anunoby was the only starter and recorded a personal postseason career high of 18 points and four rebounds.
Congolese-Spanish power forward Serge Ibaka and Cameroonian center Pascal Siakam both came off the bench. Ibaka was on the floor for 28 minutes, and contributed 11 points, eight rebounds and four blocked shots – his best production so far in this series – to the losing effort. Siakam weighed in with six points and three rebounds in 14 minutes of action, also for the Raptors. 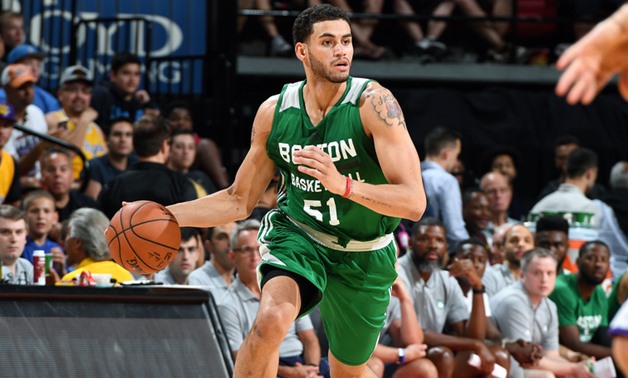 It worth sharing bro..these guys really are doing so well in the world of entertaient..thanks for your add

Yeh, they are making Africa proud. You welcome bro

What's up @nanakofiaddo,
Your post "PLAYOFFS’ TOP AFRICAN PERFORMERS IN THE EASTERN CONFERENCE" hast just been resteemed !!!.😝🙂😝
BY following us, You have earned our FREE Resteem service, which will increase your viewer.