thecryptofiend (74)in #myetherwallet • 4 years ago (edited)

If you took part in the NVO ICO - there appears to be a new scam going round on Slack using the same social engineering method of pretending to be an alert that I warned about yesterday: Do not click the links and do not fall for it.

It will likely take you to a fake MyEtherWallet site that will then steal all your tokens.

Remember DON'T EVER CLICK links to banking or wallet websites in messages, slack or email. Consider them to be scams by default. 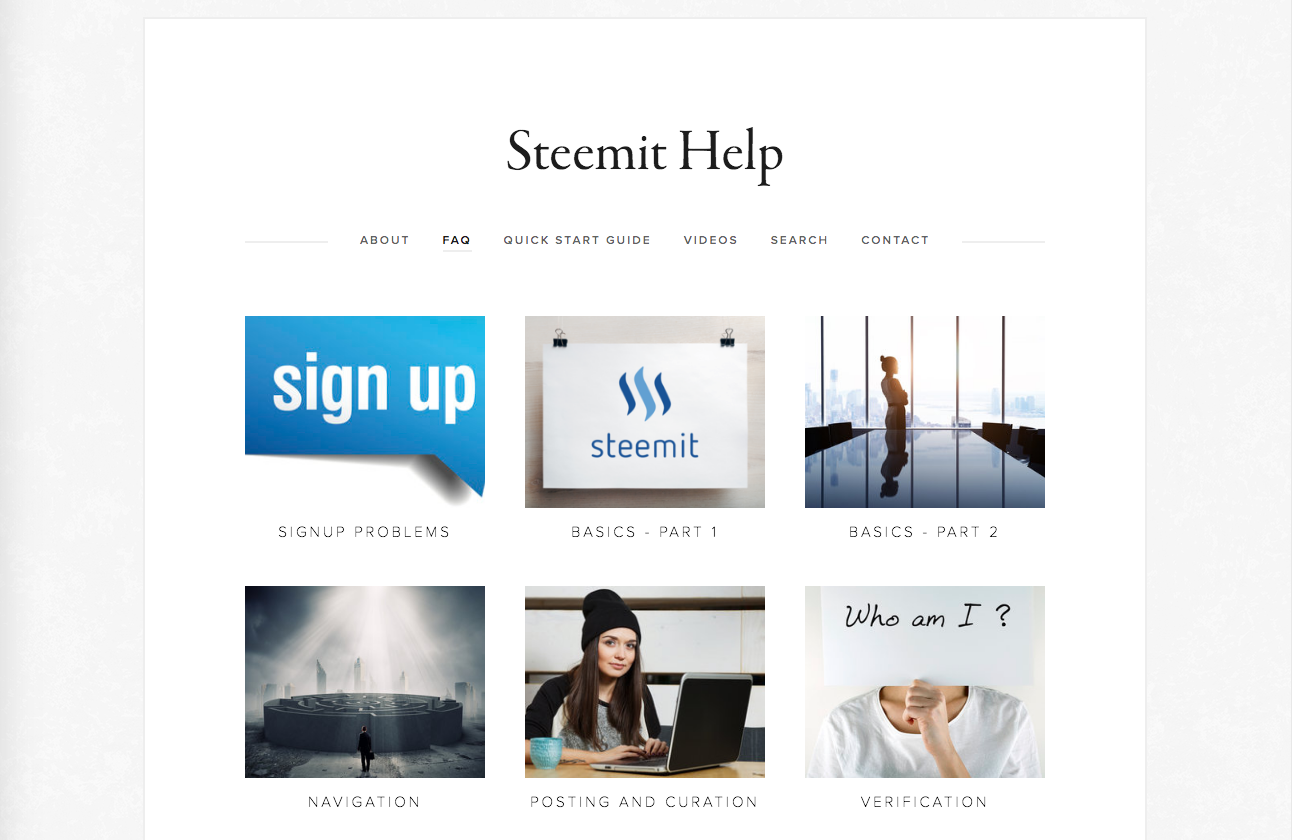 Are you new to Steemit and Looking for Answers?

A collection of guides and tutorials that cover the basics of Steem and Steemit.

All uncredited images are taken from my personal Thinkstock Photography account. More information can be provided on request. Thank you for the heads up @thecryptofiend
These thieves really are everywhere. Thanks for warning everyone ! Falling for scams can consume a lot of money.

i saw this on twitter :)
thanks for the heads up!

Its just sad that so many people are so greedy and try to rip-off people who are doing their very best to earn and keep some money or cryptocurrencies. Those online thieves always keep doing their best to come up with new creative ways to steal from people, i've read about this and it disgusts me! I'm upvoting this in the hope your post will alert some people to be smart and dodge the filthy deceiving scammers with their phishing sites.

Yes there will always be unethical people who will steal from others.

Unfortunatly there is, and I can only encourage people who are trying to protect some people from the bad guys with spreading information about these scammers and what to do or avoid. I know someone who got scammed online for simply being to naive and that alerted me in the first place to be more cautious and since then I try to alert my environment such as friends/family or people I know online to be extra careful with personal information or transactions made online on an unknown website. If more people are aware of phishing websites, the bigger the change it will not succeed for the scammers.

Yes I think so. Knowledge is power.

Thanks for the useful information.

Thank you, this is very important, especially for beginners on the platform!

I heard about this.
It will probably be a good idea to click no links on Slack.
Sucks to here people losing their keys and inevitably their money.
Thanks for spreading the word

Yes in fact that is the best policy. Ignore all links in Slack. If concerned type the link in for the sites yourself.

Thanks for your information...people need to do some research before investing in new ico read the whitepaper you will get some idea about the project

Well that goes without saying. In this case the ICO is legit, the message in slack is a scam.

I also saw this scam, you have to be careful

Thank you for sharing this with us. There's always people out there trying to steal you're hard earned money so we have to be cautious at all times.

Absolutely. These sorts of scams happen all over the place. They usually try to steal people's banking information but as crypto becomes more mainstream they will continue to increase in our communities too.

thanks for the alert and thanks a lot for sharing and keep on posting ;)

Thanks for bringing this to our attention!

Thanks yes and education should help stop them.

Good job buddy, thanks for sending this out and thus warn people from scam sites

Just as I have been saying. So many ICO scams it's crazy how they are exploiting the FOMO. :) The reality is that even some icos of projects with great devs are still only there for milking the ethereum and bitcoins from their contributors. Some of them may prove me wrong next year market exchange but the reality is that we have a 90% influx of ICO scams this summer. And scam in this version is not conventional. Don't worry people, you will get your worthless coins while they will be enjoying your Ethereum and Bitcoins. @thecryptofiend

I think you are mistaken in this case. The NVO ICO was genuine it is a real token and a real and promising project. The scam here is people trying to steal credentials from others.

That's happening all around the crypto universe. What I commented is the ICO scam in general term. Some coins are going to staggering 5$ initial token price. How and why are people contributing to these tokens remains a mystery. Sorry for being off-topic, it seems that this guy explained the situation perfectly - https://uetoken.com/

Yes I think you are right there - I thought you may have thought I meant that NVO itself was the scam which was not my intention:)

thanks for the warning! scams can hurt us big time!

Thank you. Therefore, I am always afraid to take part in the new ICO.

Well as long as you are cautious it shouldn't affect participating in ICOs.

Easily. Every link on slack from unknown people is something bad.

Yes or should be treated as such.

Thanks for the alert. I am seeing new batch of scams and phishing attacks in ICO sector.

thanks for sharing that advice,as a newbie im still learning things daily and wasn't aware of that.

Just be suspicious of any links. Go to the site yourself if you are every concerned and always check the link in your browser.

Thanks for watching out. Resteemed.

Something funky is going on here. I just Resteemed this, but it is not showing up on my blog. I was also able to upvote it twice...

Thanks, these types of scammers are rife at the moment.

Yes and it is likely to continue getting worse as more money moves into crypto.

This freaking messages are all over my mailbox. It already looked like spam scam.
I'll be careful and warn all my friends, thanks fiend.

You really saved many users to fall into this trap. Thanx for sharing dear.

thanks for the Heads up !!these scams now a days makes me angry

Yes they are quite annoying.

Wow, did not know about any of this. Thanks for sharing and your continued care for us steeminas.
So ur a medic huh? like for an ambulance, hospital or what?
Guess caring service is in your nature! It shows.

Well yes as I mentioned earlier I had a couple of serious health issues that took me out of work - it's how I discovered Steemit otherwise I wouldn't have had the time. I was working in mental health before because I wanted to make a difference there (due to my own issues with depression and alcohol) - takes a long time to return though because you have to prove you are well enough to work and safe. Now I think once I am back at work I would like to go into brain research to help towards fining cures for diseases of ageing like Alzheimer's and Parkinson's Disease.

Thats a tough battle. Good job dedicating your self to healing. Hope you have gotten some genuine help and support.
The field of brain study/science is very important and OHHH so complicated hahaha there are major advances to be had there for sure that can really impact the world.
Are you into "holistic" "alternative" medicine/practices or are you a western medicine kinda guy?

Both with some reservations, I don't support outright "snake oil" but as long as alternative therapies are not preventing people from seeking effective treatment (and people aren't being scammed) - I don't believe there is anything wrong with them.

I did a medical acupuncture course a while back - I believe quite strongly in the power of the mind to manipulate our reality so I don't think it is derogatory to call alternative therapies placebos.

As much as 50% of conventional therapies are down to psychological effects/placebo and I think alternative therapies treat the mind more than the body, whereas western therapies concentrate on the body alone (in most cases).

As with many things the truth is somewhere in between. Obviously we have to be careful - if you have brain tumour you will need neurosurgery to remove but acupuncture might help with the pain.

I also believe strongly in the power of mindful meditation and there is growing scientific evidence that it causes structural changes in the brain and has a whole host of benefits for both mind and body.

Well said!
Most importantly mindful meditation/living is the key!
I already knew u were a very logical and reasonable guy but ur response to this question proves it!
Hope u keep getting more mindful and help even more people because of it!

Thanks for keeping on top of this :)

Thank you for the alert and I will check out Steemithelp.net. Thanks for sharing.

Thank you for the warning. Should be more careful all the time.

Thanks for the warning and saving my ass on the NVO ICO!
https://steemit.com/ethereum/@thecryptofiend/warning-psa-ether-phishing-attempts-on-slack-please-share

@thecryptofiend Congratulations ! You have been posting significant content on Steemit. In one of the researches on the Whales on Steemit termed as #Whalesanalytics, you have been named as one of the top ten content creators of Steemit. You can check the Complete Research here.
Thank you for showing the direction to the minnows like us.

A jedi never gets scammed