The state of advertising 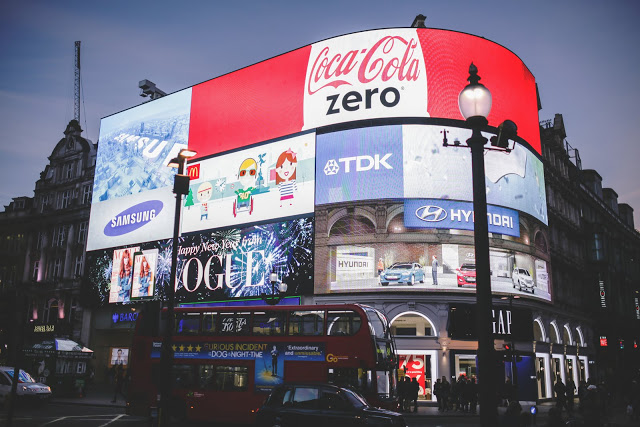 Data collected by PageFair (as seen on Business Insider) shows that at least 615 million devices ran some sort of ad blocking software as of 2016. It is now 2018, and I wouldn't be surprised at all if the number hits 1 billion soon. Not surprisingly, many websites are fighting back by installing "anti-adblock" scripts and some are even refusing to let adblocked browsers access their website. In extreme cases, only paid subscribers have exclusive access to content.

If so many people block ads, then there must be some good reason to do so. But nonetheless there are some people who still don't quite understand the necessity of going the extra mile to make sure that advertisements don't show up on the screen. This however, is with good reason: the incentives behind turning on our adblockers are rather a complex combination of reasons, with each generation having their own take on modern advertising in general.

Grew up reading paper newspapers and magazines, television was a special experience and so was the internet. Ads were catchy and fun to watch, advertised products that they liked using; was a way to learn about new products or features. Ads were of higher quality and thought, in general. Many from this generation group believe that advertisements are not as disruptive as the younger generations may believe. Installing adblock is not worth the time and effort. In facts, some find the advertisements to be helpful, especially for online shopping.

Grew up with a television in the household (usually), which also means they are exposed to advertisements at a young age, and very frequently. I belong in this category. As a child, I hated ads (and I still do) because they always pop up during the climax of a movie/show/drama/sports match and ruin the experience. Well that was television. At a young age, we began to use the computer and the internet.

First time I started browsing the net, approximately 9 years ago, I remember I did it only to play flash games. And Flash games at that time, like any other flash game today, had ads placed all around the Flash frame. Some games even had popups (wow) that appear to make you accidentally click them. Well thats my first experience with ads, I suppose. Its not significant, but it was enough to imprint a bad image of ads that would stay in my head for the next 10 years or more.

As I grew older from Elementary to Middle School, I recall moving on from web based flash games to games that had to be installed, like Minecraft or Runescape. This led me to click through a lot of forums, blogs, and sketchy "free download" sites, all of which were full of ads. It was during this period of time when my email was hacked for the first (and so far only) time. What I found out during this period of time was that if a website has too many ads, its probably not a reliable site, and it is likely to contain phishing elements. Lessons learned.

Transitioning from Middle School to High School, I began to consistently use the internet for research. And since this was when I got my first "smartphone", I began to use the web a lot more. What disappointed me was the almost every "Free version" application in the Android Marketplace had popup ads and bottom or top bar ads. Accidental clicking would lead to the browser app opening, and often times would open chains of shortened links that seemed to open an infinite number of tabs (of more pop up advertisements).

Interestingly, this was the period of time when "mobile centric web design" began. One of the most prevalent effects of this shift in web design principles was the increasing use of slideshows. Since it was not feasible to load too many images at the same time on a phone, slideshow formats effectively allow phones to load the webpage at reasonable speeds. Unfortunately, as a side effect of this development, more room for advertisements were created. Sites began placing advertisements in between every couple images in the slideshow, forcing you to view the ads. Interestingly, desktop sites also decided to change to slideshow form. (I guess they get more ad impressions this way)

Well that sucks. More ads. But then came adblock.

Life seemed great for a while.

Then at some point, news websites, which I frequently read as I became more aware of global events, started complaining about the use of ad blockers and claimed that they were in the red because their ads weren't being delivered. After a while, anti adblockers were introduced, and later on as a countermeasure, anti adblock killers were made by the adblock community. Knowing that they can't win the adblock war, many news sites decided to turn to a subscription based system to make their users pay to read. Great.

A final list of what I want to read would total approximately $1000 a year... Thats not cool, and it totally defeats the aspect of the internet where information can be spread easily, quickly, and freely.

And I am not blaming adblock. I use adblock for reasons beyond just to hide ads. Ads follow you around too much on the internet, and I consider that an invasion of my privacy.

But wait, why were people blocking ads on news websites anyway? Aren't new sites supposed to have a certain level of quality content guarantee?

Im sorry. If news outlets want to show these kinds of ads and expect people not to block them, then they are completely wrong. Internet experience simply tells me that all of these are clickbait articles and I will not be clicking them and I do not want to see them embedded in my news feed.

Advertisements like these don't offer anything interesting or new, and are often times cash grab scams.

So let me sum this up: We hate ads because they are low quality web links that attempt to stop us from whatever we were doing so that we can click on their sketchy links. Additionally, many ad networks invade our privacy by browser fingerprinting, which is an invasion of privacy and should be stopped.

If you wish to show us ads, please respect your users and they will respect you.

Stop showing us stupid clickbait links and stop trying to track every single link we click.

Congratulations @cryptoboii! You have completed the following achievement on Steemit and have been rewarded with new badge(s) :

Congratulations @cryptoboii! You have received a personal award!