In these days I'm hearing so many news on the italian tv about the North Korea nuclear test,  their missile programs  and the troubles  to arrive to a compromise with this country and yes, I'm a little worried.

Italy (as many other countries) strongly  condemned the new nuclear test conducted by North Korea in the weekend and for me it's the same, I strongly condemn the nuclear test!  There is another question that make me feel worried and I beg your pardon if some of you think I'm exagerate, but when I think about the sentences of Donald Trump and the sentences of  Kim Jong Un, they remind to me the years of the Cold War.

I don't want to talk about international political affairs (I have not the right skills to do it, sure) and who is right and who is wrong, I just want to talk about the fear that these news can generate inside the people all over the world, especially people who lived during the years of the Cold War, when 2 superpowers (Soviet Union and United States) make the world under a geopolitical tension for many many years after the Second World War. it's was the period of the Space Race, a period of great scientific and tecnological research, but it was also the period of the nuclear fear. I was born in the 1971 and so I was a young girl during the last years of the Cold War and I remember the fear of people when they (my family included) heard the news on the tv talk about nuclear bombs, nuclear experiments, etc..

Since the drop of Little Boy from the B29 Enola Gay in the 1945, every man and every woman perfectly know how devastating it's an atomic bomb, right?

Well, "Little boy" (the atomic bomb that devasted Hiroshima) was a gun type fission weapon with an explosion energy of about 12-20 kiloton.   The bomb experimented on Sunday by North Korea was an hydrogen bomb (it uses a primary atomic bomb to trigger a secondary larger explosion) that produce a 100 kiloton powerful explosion, 7.8 times more devastating than the Little Boy!!!

Yes, I'm a little worried about it.

I hope that all this "bad affair" will solve as soon as possible, because my family didn't build a "nuclear refuge" during the Cold war just because they didn't have enough money and I don't want to build one of it today just beacuse someone play to the "I have a dick bigger than your" !

We hope that these tensions won't escalate any further.

I want to express my gratitude about your donation @silviabeneforti
Thank you very much Ma'am for your support, it will help me greatly.
God Bless you.

It was just a small amount, dear @cryptopie , but I really hope that you can solve your problems and I pray for this. God bless you. 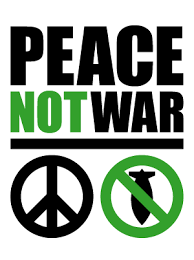 This is about to get a lot worse, several countries (Russia, China, India & S. Africa to mention a few) are creating a cryptocurrency to replace the USD for international trading... This is not going to go well in Washington- remember Iraq and Libya!

you are right, dear friends. It's an hard time :(

I really hope that we can solve these issues by diplomatic ways, but I have to be realistic and I'm afraid we're going to see very hard times and I'm so sorry for this. :(

The fiat currencies of Europe and the US are backed by the globalist bankers (Rothschilds et.al.) They killed Saddam in Iraq when he wanted to go on the gold standard... same in Libya with Qaddafi.... They can't get to the leaders of China or Russia to kill them. I'm afraid war is the only option left.

I understand your worries.
Unfortunately, no one can stop the war.
But war will not happen this time.
I think this North Korean nuclear test has political intentions.
North Korea is not willing to cause nuclear war.
But through this tense relationship, North Korea and the US will get something.
The biggest victims are the citizens of South Korea.
They will again be forced to make unfavorable choices.

I agree with you, it's all about political intentions and this is the "why" it remind me the time of Cold War. Yes, the biggest victims are the South Korea citizen and I have to say that I'm really sorry for them :( I hope they don't will be forced again :(

Thank you for this perspective, Silvia. I can not believe that humans really play with nuclear weapons -- it's seems to just be the people in charge that want to control each other's realms and resources, as most people that are just common people want to go about their lives and try and find meaning, happiness, and success... how sad that all of us common people get pulled into this. :(

an interesting post! I hope you make a lot of money on it!

why are you copying other comments?

Superb made facts. When i thanks your. Certainly will ofttimes be very helpful regarding our upcoming tasks. Would like to detect some other posts to get a moving fancy intended theme!


KINDLY Checkout My Posts Also and UPVOTE If Possible and Follow Me As I already Followed you Thanks @silviabeneforti
$0.00
Reply
[-]
bontonstory (70) 4 years ago

Nuclear war concerns me as well. However as I feel it will be one of the last wars to be fought, the more immediate wars press my mind with urgency. Those being the financial war and vulnerability, the war on the middle class, the information war to control your mind. At his point I see a devastation from the grid going down or financial collapse. There us a war on holding cash. When they win this war they will force a mandatory digital currency in the form of a chip. Well if you do not comply with the state or government, they may turn off your chip so you could not buy or sell. That scares me a lot more. Nuclear war is frightening. Most folks will not live though it. However we have other wars upon us without military force being used. Thanks for sharing.

I don't want to be surrounded by bad news all day, but i shutted me off completly... okay i have holidays now but also when i am at home. So i don't hear all those scary news and now i got reminded of it. It is so scary, i hope the world comes to peace one day! Your beautiful drawing gives back a little bit of the good vibes!
I think you could enjoy my latest post, to get your thoughts into something else, and i would love to ear your opinion on it!

Thanks for your comment, as you I don't want to be surrounded by bad news, but sometimes it happens :(