BEFORE/AFTER PHOTOSHOPS: Teach your Wives and Daughters not to Look at Fashion Magazines

There's been a lot of talk recently about the "downfall of boys" and "toxic masculinity". People fear that the younger generations are growing up without knowing how to be happy. They are raising kids that are unable to cope with life's pressures.

We raise our wonderful children telling them they are all precious, they are all unique, they all get ribbons and are all winners... then they experience the real world first hand. They are quickly surprised when they find the real world could care less about them. Their opinions mean nothing.

A lot of issues we see today stem from how we've raised our children over the last few generations.

I've been wanting to write this post for a while. I have a beautiful wife and a 2 year old daughter. I want to teach both of them to never look at a fashion magazine again. Nothing in them is real, it's all fake. The women's bodies are photoshopped, half the content is beauty product advertising, the content is recycled annually, and the gossip is just unsubstantiated soap opera hearsay designed to get you to buy the magazine.

Some women have begun calling these rags out for what they are...

"They doctored and Photoshopped my body to make it look like I have already lost all the weight, which I have not," She also spoke out to her followers saying, "One of those weeklies got it wrong again…they didn't have an exclusive with me. And I gained 40 pounds while pregs, not 26…But thanks!" -Kourtney Kardashian

There's room for more. Here is an unexhaustive Photoshop list of women (and men) (and children...):

The majority is done to blatantly over-pronounce the T&A, obviously. Since that's why you clicked on this post, we'll get that one out of the way first...

Others are photoshopped to sell movies.

More are done to hide skin flaws THAT WE ALL HAVE.

A lot of Photoshopping is done to make our arms, abs, legs, and torso just seem skinnier.

Not even Rhonda Rousey is immune! Why would anyone Photoshop her arms?! She's worked hard for that gun show! 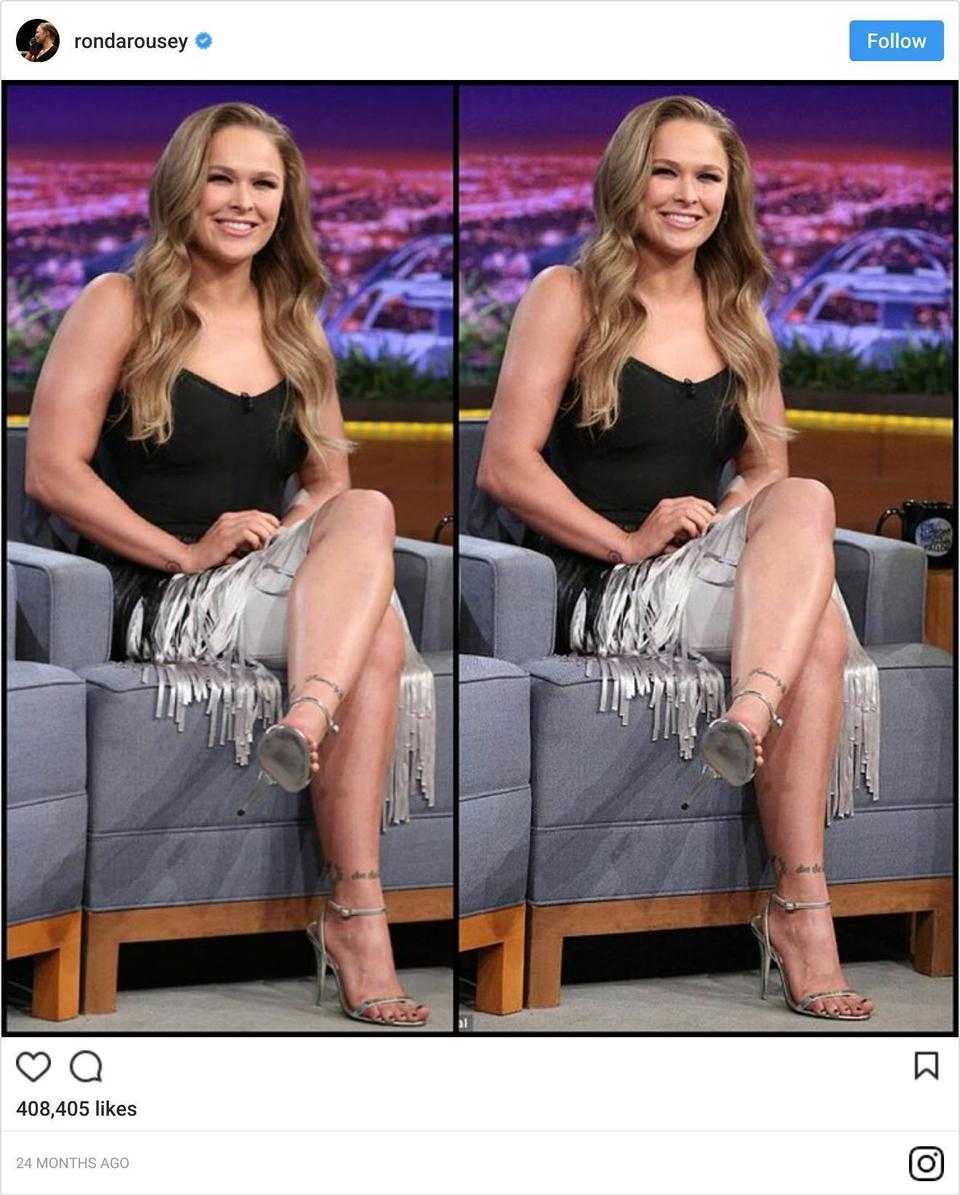 As previously mentioned, not even men are immune

"Know what would make this kid look better? Lighter eyes!"

Many times, their attempts at 'touching up' can turn into epic fails Other times, they 'Break the Internet' with photos that aren't even accurate!

Summary, Everything you see is faked. You're beautiful how you are.

I half-support what Dove does with their 'natural models'. I think it's mostly them trying to get good PR. They know that sex sells. They also own Axe Body Spray and their entire marketing is sold through sex.

Seventeen Magazine pledged not to Photoshop anymore back in 2012 but after a quick view of their latest covers, I can't imagine that the petition that forced them into that decision still carries any weight.

Love your wife, Love your Daughters, Steer them clear of this nonsense

They should love themselves and be happy with who they are. They have wrinkles and skin blemishes. And we love that about them.

As an aside, I'm 200 followers away from being able to monetize my YouTube. Can you give me a follow over their with any google accounts you have? That's be AWESOME! 100% upvote on this! Because what God made is already beautiful.

Those magazines and "beauty" products are there for profit and to teach you to be unhappy for how God created you. For someone to say "God, you didn't know what You were doing, I need to fix it" is kind of...

Thank you for writing this. Yes, you have a beautiful wife and daughter. My handsome husband tells me I'm beautiful. It didn't matter if I was skinny, got pregnant, shrunk again and kept some baby weight.

I think I've officially hit the age where I don't care. I threw away all my makeup (I had little to begin with) and it's SO liberating.

Your point about the husbands is a good one. I was talking to someone who was kind of lamenting the annoyance of going to get her hair dyed and when I patted my own hair and joked "see this? just go natural" she said that her husband wouldn't like it. To each their own but it's sad that there's so much money in convincing women they have to measure up to an impossible standard--a faked standard--and oh by the way here are the products that will help you measure up!

They photoshopped the hell out of Oprah! Luckily I found a more recent photo... 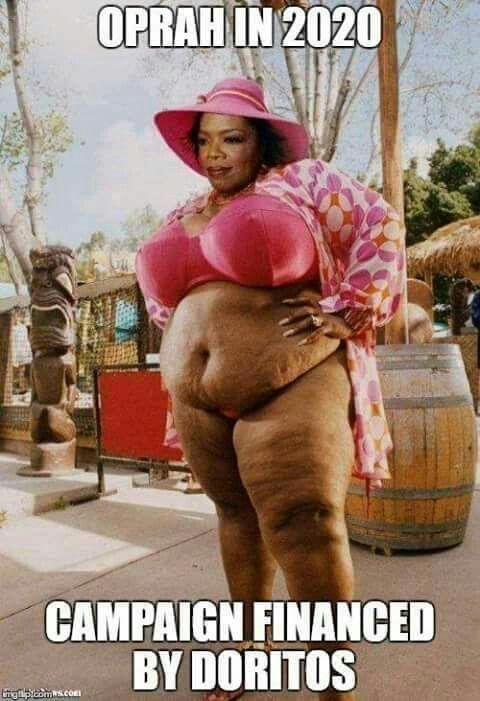 Thanks for posting this. We live in a very very fake world.