Theories on what is in a healthy diet change every season, and navigating those extremes can be confusing. I’ve been watching them change for 20 years.

As a nutritional therapist and in the spirit of scientific enquiry, I’ve tried several of them, including the Zero Carb, aka the Carnivore diet, or No Plant diet. In April, 2015, I came across the fascinating story of a couple who had been eating nothing but meat for 18 years, and their two young sons who had eaten only meat for most of their lives. They were all in very robust health. This was quite remarkable, especially considering that at the start, the wife had been very ill and could digest only one food – beef.

This led me to a community of other people who had been eating only animal foods for years. Something inside me said “Yes, this is what I need to do right now.” So I did. It wasn’t easy at first, as my body had to adjust. But after the first few weeks it worked well for me for quite a while. It felt right, what my body needed. Many people in our online community found they weren’t digesting vegetables, but could easily digest meat. It wasn’t easy socially, people tend to freak out if you don’t eat any vegetables, but my body was liking it.

After a year, many of those who started at the same time as me were still going strong, and feeling like it was right for them. But for me, it felt like time to start eating plants again. It took a bit of adjusting again, but now, I’m on a wider range of plant foods than I was before Zero Carb. I’m even eating some grains again, which I hadn’t done for years.

But there is a wider point to this story, and that’s about how to figure out which of the many hundreds of so-called wonder diets is “the one”.

When I first started studying nutrition, one of the diets I came across was the Atkins diet. Although later he lost the plot, and started using artificial sweeteners and soy, there are aspects still worth mentioning. It was a very misunderstood diet. People thought it was about gorging on bacon, eggs and fatty steak for the rest of your life.

But what it was really about was eating high fat & protein, lots of salads (which people often forgot to do), and no high carb foods – temporarily. This was needed as a counterbalance to the high carb, low protein diet people were usually eating to start with. Once the system was corrected, people were to add carbs back in, to come to a more balanced diet.

This diet was a microcosm of all the dietary chaos out there. It’s a law of nature that when things go to an extreme, they swing back the other way, usually to the opposite extreme, before eventually settling somewhere in the middle.

Many diets are a reaction to either an actual flaw in the current paradigm, or the perception of one. Following the laws of nature, they often go too far the other way, which works fine to start with. But if you don’t come back to middle ground, things eventually go astray.

The prevailing current paradigm of avoiding saturated fats was a reaction to the misconception that they cause heart disease. Despite the vast body of evidence that this isn’t true, many still believe it. And even if it had been true that we were eating too much saturated fat, going to the opposite extreme of avoiding it would never have been the answer. Vegetarianism (or veganism) is similar, though in this case there is usually also a belief that all animal foods are bad for you, combined with ethical dilemmas about animal welfare and caring for the environment.

The problem with both of these approaches is that they were inevitably high carb.

Becoming more popular over the last decade or two have been Paleo, low carb and ketogenic diets. This includes my Carnivore diet. These have been in reaction to the health problems that have been created by the high carb, low fat paradigm – obesity, diabetes, even more heart disease, cancer and chronic illnesses.

Veganism and ketogenic / zero carb diets can be viewed as opposite extremes of a pendulum’s swing. Both can work well for a while, as they will generally cut out all junk and artificial foods, giving an immediate improvement in health. But over time, shortfalls begin to show.

As humans are hunter gatherers, with a digestive tract most like carnivores, the Paleo / keto end of the spectrum tends to be more successful, and for longer. But even that doesn’t work for all, or forever. Even though our bodies can make glucose for energy, for some people that becomes too stressful.

So what can we learn from this? The bottom line is in the commonalities: Real Food. If you ignore all the rest and JUST EAT REAL FOOD (or JERF as Sean Croxton says), and eat a variety of it you won’t go too far wrong, as a starting point. This means eating what nature made:

It means nothing that is chemically or artificially made, avoiding junk food, fast food and minimising sugar.

Dear God! I’m starting to sound like a dietician who will tell you to eat a balanced diet from all the food groups. Maybe after all my travels through the dietary spectrum, I’ve returned to a mid point not too far away from the existing paradigm?

No, not really, because I also know that there are more layers, and the sicker you are, the more layers you need to investigate. More about these another time.

But maybe if we all went back to eating home cooked meals, made from a wide variety of real foods, just like our grandparents did, we’d have taken a first step to healing.

There seem to be lots of easy real food recipes here on Steemit. I posted one myself here: https://steemit.com/food/@kiwideb/choc-currant-breakfast-smoothie

I have a lot more recipes on my Recipe website http://www.frot.co.nz/design/recipes/

Some of them are tailored towards people who need to go several layers deeper in their eating changes, but mostly they are fairly simple, easy, tasty recipes that anyone can incorporate. It also includes my real food cooking course – a 15 lesson, step by step guide to changing over to real food.

Follow me for more posts about different aspects of health and nutrition.

I'm currently on a ketogenic diet, though I made a mistake in the beginning by eating lots of protein instead of fat and fell out of the diet early on (being hungry and snacking), and had to restart it when I figured out the right foods. Now I can eat 5 small meat/cheese/paleo-crackers (200 calories) and that is a lunch! I even got the "keto flu" which forcing myself to eat more made me feel better. The funny thing too is, the food I buy is more expensive (healthy, organic) but I eat a lot less food overall which makes up for it.

But I've lost 7 pounds so far and feel comfortable in old clothes.

Ah yes, keto flu - the worst part of going Zero Carb. Despite the name, it's not necessarily a ketogenic diet, as just eating meat is often higher in protein (as you would know). But many in the community I was in were following it in a ketogenic way by using fatty cuts of meat or adding extra fats. Many people came from a ketogenic diet with low carb veg, and were surprised that they had to adapt again when cutting out the last of the plants. Glad to hear it's working well for you, and I hope that continues.

I too am on what I've tried to call a Keto diet since last Spring. I say try to call it that because that was my intention but it was VERY difficult for me to stay in Ketosis. I think its just more of a low carb, high fat diet. I think my problems have been controlling my protein intake. I'm currently at 265lbs and 6'5" tall. I've lost 35 lbs on this diet. Prior to that I was on a similar diet. I plan to post something on this journey soon so I won't get into it. But I've determined that no matter what diet you go on you can lose weight. Some are easier than others. The hardest part is KEEPING it off!

You're so right! I've followed you and look forward to hearing your story.

I'm not sure if this is the right diet, but interesting enough to give it a future try.

If you mean the all meat diet, it's by no means the right diet for everybody, and I'm not recommending it as such. If you ever want to try it, being a member of an online community is very helpful. If anyone wants to know more, check out https://zerocarbzen.com/
My point was really that sometimes we need to go to what seems like an extreme, to bring ourselves to a point of balance, but we don't always need to stay there.
If you just mean trying a real food diet, yes, that I do recommend for everyone, as a starting point.

I love meat, but this sounds a little too extreme for me. I'm curious, ignoring sugars are you able to get all of the other recommended vitamins and minerals from a meat only diet, or did you need vitamins and supplements? This really is a fascinating idea. Here's a picture of me with a wall of prosciutto! 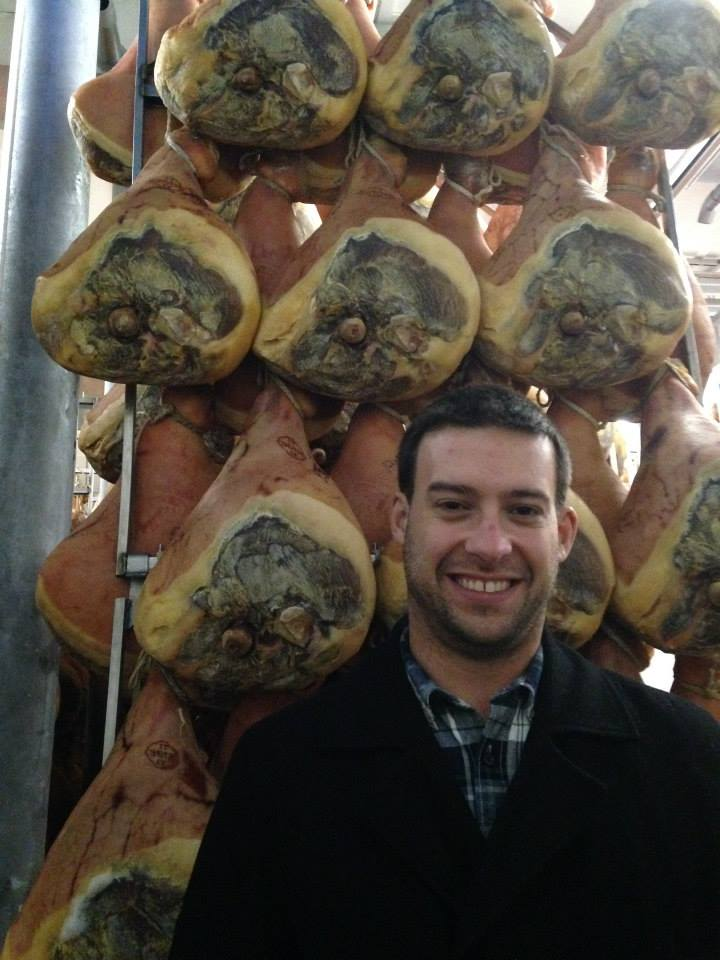 The first time I ever focused on my diet, it was eliminating chemical additives. I started reading the labels on everything, and staying far away from modified and processed foods. Since then I have experimented with various elimination diets, and trying new veggies I never heard of. I still haven't gotten my gastrointestinal system properly balanced out and I'm on the verge of trying the carnivore diet as a temporary measure myself. The plan is to slowly introduce other foods after I feel like I've come back to center.