Why is everything political assumed to be absolute?
One side proclaims guns are the entire problem while the other professes that bullying is the entire problem.
One side insists corporations are evil, the other swears they are without sin.
One side Says racism and bigotry doesn't exist and the other take every single incident of differing people to be racist/bigoted.
It's All the Republicans fault!, It's All the Democrats fault!
It's all your fault, no yours!

Nothing is absolute, several factors go into the equation that results in atrocities such as the recent violent events involving young folks and guns.
Society has changed and is accelerating social and cultural changes faster than it ever has in the past. This is obviously due to technology. The easy access of information sharing make changes both good and bad spread much, much faster. It makes hyper bullying a reality. It provides an impressionable mind with information and people that may not necessarily coincide with a peaceful coexistence, it helps us to communicate and share ideas at the speed of light, but with that comes the unintended consequences of negative social change. It's almost come down to, who can make the most convincing meme gets to guide the masses as they see fit!

Our culture plays less of a role in our children's lives than we once did. The information the young receive comes from outside sources at an ever increasing rate than it did a just few decades ago.
Children generally see less of their parents and hear much less than in the past. Their role model to often becomes some character in a video game or unscrupulous people they meet on the Internet. Not that it's all due to advancing technology, advancing technology is just part of the equation. 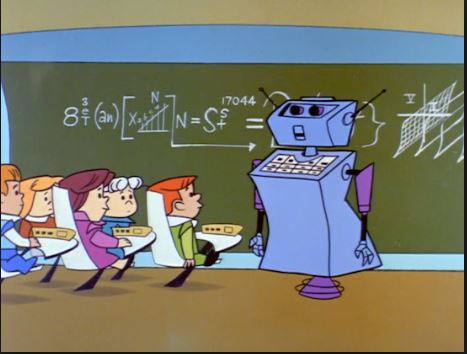 Several factors contribute, neither side of the isle is without fault. Until our leadership as well as the people realizes this and admit the other side has some points to consider, nothing meaningful will happen as far as solving real problems.
Nothing is absolute, except truth. Thank you for reading my words.

Congratulations @darkpurplelight! You have completed some achievement on Steemit and have been rewarded with new badge(s) :

Thanks to @paradigmprospect, this post was resteemed and highlighted in today's edition of The Daily Sneak.

I completely agree my friend.
Back in the day when I was identifying heavily with one camp I used to see it as a "too easy position" to claim that all sides have some faults and flaws. and then I found out it actually is true, the major sides of any debate are the major sides for good reason - because someone has a vested interest to make them appear that way.

The moments I have stumbled upon what I consider to be the most likely viewpoint in any issue came up when I found the deep flaws of both major camps and was 'forced' to draw my own conclusions somewhere in the middle.

It might not be "the truth" yet, but it sure is a LOT closer than what either side would have me belief and simultaneously disregard about their own blind spots.

Great article man! I am really happy we connected.

As am I. When I saw your article I said, "this person gets it!"

Welcome to the new era - to the Technology Age. That is the sad situation with life these days. Very sad indeed. Where do we go from here? We shall see.

We go forward I guess. There is good and bad in everything, it will balance as everything does.
I think one of the most important thing we can do right now is try to understand our ideological adversaries.

No thank you Mr. bot, would you like to bet? Just transfer some steem to me and I might give you a huge payout! You have a chance I might not be full of it!