Serial Killers in our society - Part 1

Have you ever wondered what criteria you have to fill in order to be classed as a SERIAL KILLER? Well, now we’re on the subject, I’ll tell you.

• More than a month apart (including a significant time between each)

• Victims usually have some similarity – appearance, gender or race for example.

The FBI has their own criteria: A series of two or more murders, committed as separate events, usually, but not always, by one offender acting alone.

Sexual contact or gratification goes hand-in-hand with serial killing but the motives can also include anger and financial gain.

We’ve always had serial killers, history is littered with them. The most famous, of course, is Jack The Ripper.

Whether he gained his place in the history books as ‘most famous’ or rather, infamous because he was never caught or that the crimes were so horrendous and played to a horrified audience in the dawning of the new age of technology, we can only guess at. Jack The Ripper was the cause of the first ‘world-wide’ media frenzy. His crimes against the vulnerable women in a society that was in the middle of Victorian standards and repression where sex was concerned had England in the grip of panic - chaos and fear reigned. 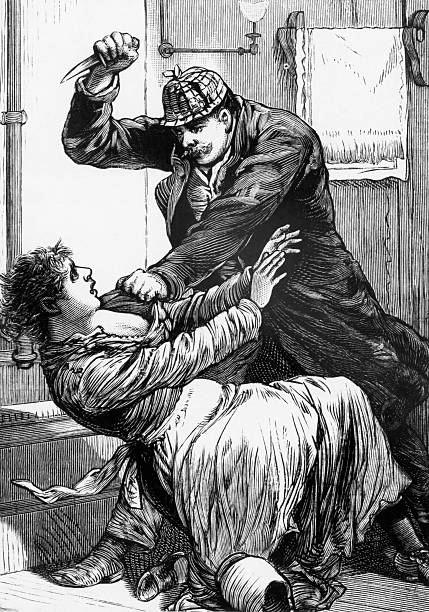 But Jack The Ripper was not the first serial killer and he sure as hell isn’t the last.

In 144BC, China had a serial killer. Liu Pengli, was a cousin of Emperor Jing. He went out with his entourage of 20 or 30 slaves (or outlaws) just to murder people for the hell of it. His exploits were widely known in court, ignored, swept under the rug. It wasn’t until one of the victims’ family sent a report to the Emperor that something was finally done about the murders.

The Emperor discovered that Pengli had murdered at least 100 people.

Because the Emperor couldn’t bear to have his cousin killed, Pengli was made a commoner and banished. – WOW! He’ll never do that again, will he? Lesson learned!

It appears that wealth and power can be a catalyst in some people. One of 15th Century Europe’s wealthiest men, a companion of Jean d Arc enjoyed killing peasant children. Gilles de Rais abducted, sexually abused and then murdered up to 800 boys from surrounding villages (I ask you!) – in his castle. The phrase, ‘Don’t shit where you sleep’ never occurred to these people?

Elizabeth Bathory (Erzebet Nadazdy) tortured and murdered an estimated 650 girls and young women. The most sickening fact in this (to me) is that she had at least four collaborators. FOUR other people knew what she was doing and not only did they not stop her, they helped her! 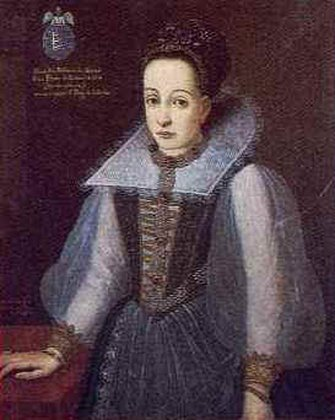 She allegedly believed that bathing in the blood of virgins would keep her skin ‘young’.

Elizabeth Bathory was found guilty and imprisoned because they couldn’t kill a member of royalty. She died after five years of solitary confinement in a windowless tower where she was bricked in.

She must have looked young… no sunlight to wrinkle her delicate skin – good plan!

H. H. Holmes and his ‘Murder Hotel’ in Chicago may have taken some influence from Whitechapel’s Jack The Ripper. Holmes designed and built the hotel himself, using different builders for separate parts of the building, so no one would ever know how the hotel was designed. He murdered at least 27 people. Corridors that led to nowhere, staircases darkened and stopping abruptly in mid-air were supposedly ‘features’ of the hotel. Hot and cold running serial killer – not the feature I look for when booking an AirBnB…

Also before the turn of the 20th Century, The French Ripper killed and mutilated 11 women and children. Joseph Vacher was executed in 1898 after confessing his crimes. What is it with these guys? They always choose weaker victims – says a lot about them as a person, doesn’t it? 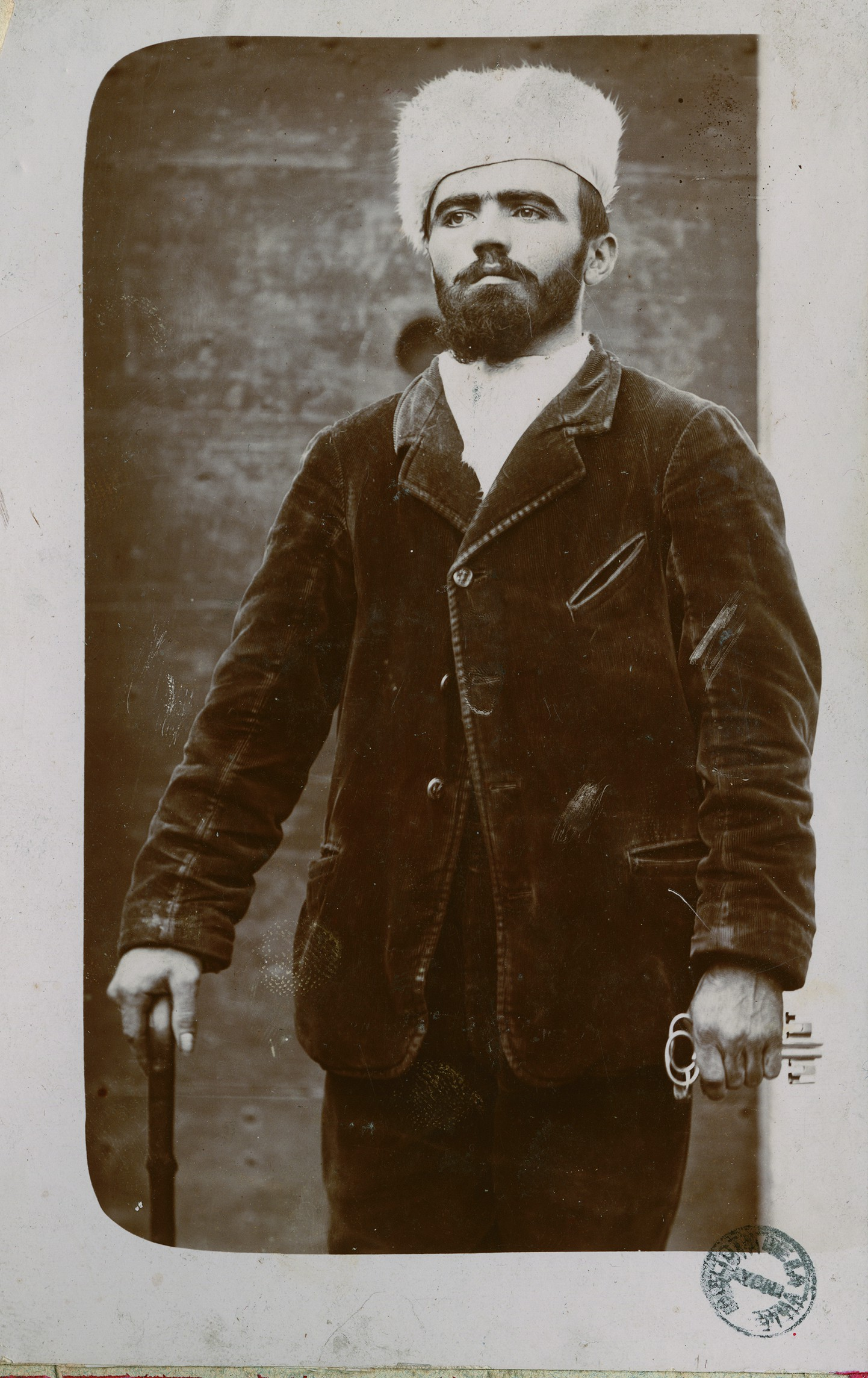 On to the 20th Century and of the infamous serial killers of the last century, 76% were from the USA – that’s impressive!

How do you spot a serial killer?

I’m not sure you actually can.

• The need to control

The term for these people is often ‘Psychopath’ and that in itself has its own criteria – they appear normal and even charming. Psychopaths were often abused by a family member – sexually, physically and / or emotionally.

Of course, if any of these things occur in your child, it doesn’t necessarily mean they’ll be the next Jack the Ripper or HH Holmes, but keep an eye on those pets…

On to the point of this blog.

We have billions of people on this planet – none are exactly the same (a bit like snowflakes). It stands to reason that while there are many humans who would ‘give you the shirt off their back’, ‘do anything for a friend’, and are ‘generous to a fault’, on the other side of the spectrum, some would eat your liver with a nice chianti.

I’ve always been fascinated by the darker side of human nature. I’d like to share my fascination with you – if you’d like to take a look into the dark recesses of humanity at its very worst.

Tomorrow I’ll introduce you to a few of the serial killers I’ve read about over the past few years.

Oh and don’t worry, I don’t have a narrow field of interest. I also like reading about torture devices and methods and styles of execution.

I'm not quite sure why I find the darker side of life so fascinating, but I always have. So much even that I used to write to convicted killers when I was in my teen years. Not because I looked up to them (like some women do...that's crazy), but because I wanted to know how they thought. My parents used to think I was having 'regular' young pen friends who happened to be locked up and thought it was such a nice thing to do. Little did they know...I was also not that stupid, as it went through a middle man address and I was in Europe at the time and wrote to prisoners in the US. But interesting nevertheless. I'd be sitting in that room with Hannibal Lecter....

Oooh, I LOVE Dexter. Even though there is one particular episode that always has me in tears (if you know it, you'll know which one). I'm glad you mentioned it here, because it's time for a re-watch here too :)

well that's very informative and interesting . Seems to be you have worked a lot for collecting the data :) . wishing your serial killing blog to reach many heights .

Thank you, I certainly appreciate that.

Not quite a masterpiece, but thank you.

Well this was a dark and gruesome tour. And yet I couldn't stop reading until the end...

I thought that I just can't be the only person interested in this stuff...

This was quite twisted and fascinating but yet interesting and engaging too.

Thank you. That's what I was aiming for, I think.

If you were tried to creep me up well done, mission completed!

In the meantime, i have always thinked that any human being can murder with right motive. But being a serial killer is whole different aspect. It needs a hard-mouthed rage and sickening discipline. Thankfully i don't have these traits and i hope my wife neither :)

Thanks to make me lose my sleep by the way :)

I think you're right. Given the right motive, I do believe anyone has that capacity - whether it's to save their own life (or that of another), for anger, revenge (probably the most understandable, next to preserving life) or for the sheer hell of it.

Interesting post. But i dont think we have much of them now except in movies..... Or maybe i am wrong

Unfortunately, I'd say you were wrong.

Type serial killer into Google, click News and there are at least four articles about serial killers going to trial. Pakistan, Germany, Canada and Tampa, USA.

That was a cheery read with my morning coffee :) I've never really understood the need to hurt.... Maybe I'm just a big softee ...... fascinating none the less :)

Sorry to disturb your morning coffee :)

I've always found darkness fascinating. Not that I could hurt anyone without serious provocation of course.

Haha not a disturbance at all - I must have found it interesting coz I read till the end :D

I resteemed this because I'm fascinated by the darker side of the human psyche too. I'm looking forward to reading this as a series.

Thank you. Sorry I haven't done more on this series. I got busy.

Thank you. You're right. Humans can be cruel to each other.