The Ugly, Very Dark Side of "Lightworking"

I don’t love labels but if I had to pick one which most embodies my life's purpose I guess “lightworker” would be it. Everyone has heard that term, and yes it’s totally cheesy, but I’m genuinely all about being a “healing agent”, so whatever. I’ll wear the label but prefer “counselor and healer” since those terms sounds less “town crazy lady”, in my opinion. 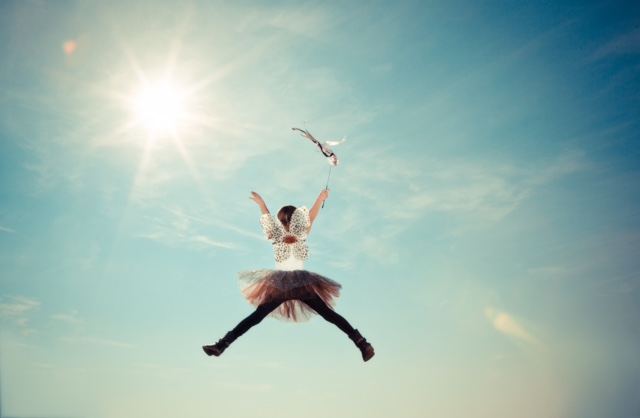 Now that we’ve established my feelings on that....

It’s common to see lightworkers being all about ‘love and light’ which, yes - obviously, that’s the ultimate goal, in my opinion anyway. We all want to be healthy and happy and full of unconditional love for ourselves and others. What is also common is for those who are all about love and light to shun and reject EVERYTHING negative to ‘keep their vibrations high’ and maintain safe space around their aura. Sigh. Here is a post from a fellow steemian who, while being somewhat biting, also definitely “gets” what this lightworking stuff is about.

So what IS lightworking about? I’ll tell you what it looks like for me right now. Backstory: Since May, I have been "cutting the ties that bind" with my mother. It's a visualization, meditation technique that literally takes 2 minutes a day but also requires heaps of awareness and emotional processing. It's touted as a 6 week process and usually it only takes 6-weeks unless your issues like to be very deep and hidden (like mine), in which case it takes longer for those negative beliefs to surface. I've been working hard to shine the light of awareness within, but life has been kind enough to trigger (shine football-stadium flood lights) on my deepest wounds this week. 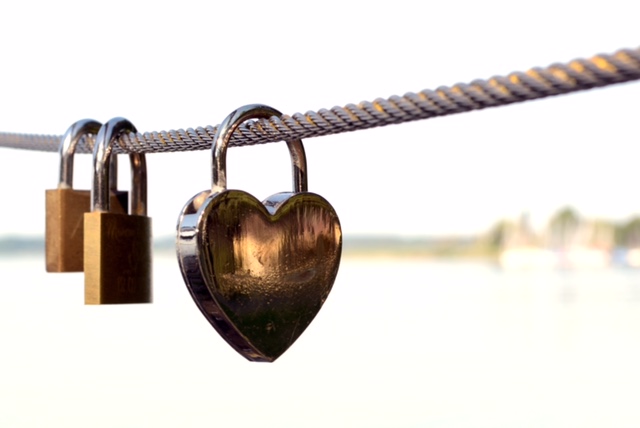 In May, I realized that many of my life choices have been based in fear instead of love. Very common for most of us. My relationship (which ended in May) was not being held together by love but by fear of financial insecurity. By staying in the relationship for 3 years I was betraying my heart and honoring fear. In breaking up, I pushed past those fears of financial insecurity and showed my heart that I trust it. (Side Note: Following one's heart, I’m gathering, always requires faith and trust that the path it desires is the way to happiness. The heart won't lay out all of the steps, it only calls out for the NEXT step. It's like booking a cruise that won't tell you the final destination or all the ports you'll visit to get there, it only directs you to "drive to Miami". Once you follow your heart to Miami, then it can tell you the next step. This is an adventure which most of us avoid for fear that it could be a scam. I know it feels sketch, but I don’t think it’s a scam.)

So, it’s been two months that I’ve been struggling financially, working on my childhood issues from mom and dodging come-on’s and guilt tripping from the ex. I encouraged him to move on and genuinely meant it - and then he finally announced that someone (engaged, mother-of-two) was sending him sexy private messages on snapchat. I was curious to see if he was reading into it but the nature of her very visible cleavage confirmed this suspicion to us both. She was, as the kids say, thirsty. 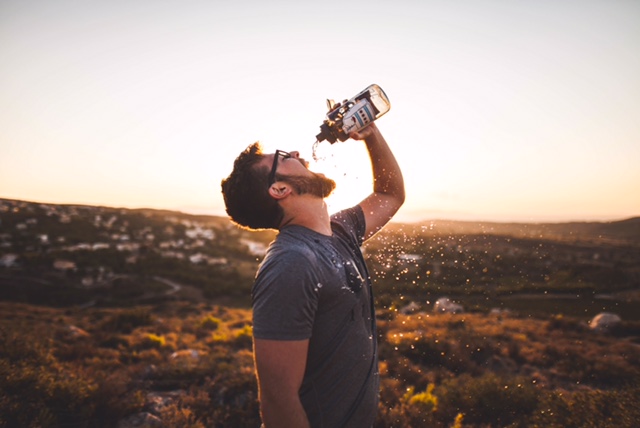 The next day he sent me more screenshots of her increasing advances and detailed the plans for them to meet in secret. Part of me was grotesquely interested in how this was playing out, happy that he was finally “moving on”, but also holding back a little bit of hurt. Here is where it gets messy.

Upon his admission that they’d consummated their snapchat affair I became ENRAGED!!! FIREY, BLIND, BURN-IT-DOWN RAAAAAAGE. This confused me and I worked hard to see how the therapy work I was doing with core-wounds from childhood was connected. Was I jealous? NO!! Maybe. Jealous that he gets to run around having fun MAYBE and I’m a stay at home mom who takes care of responsibilities all day. But like, JEALOUS? NO! I broke it off, I wasn’t in love - this isn’t jealousy.

Boundary issues?! YES! THAT must be it! I’m mad that I let him manipulate me during our relationship into doing things I didn’t want to do in order to “keep the peace”. That’s what my mom made me do. Yes, that’s it! That has to be it.

I was determined to figure this anger out. It was driving me NUTS!!

In the meantime I did as all counseling/therapists say to do and I aimed this newly unburied anger at a safe outlet so that it wouldn’t become suppressed again. My mother used her children (and husband) as the devices upon which to spend her anger; but I decided to use a baseball bat and the couch. Also I used walking and biking. And also yoga. BURNING it off and not AIMING it at people became my all encompassing focus and it wore me out. But I knew this was mom-anger and it meant my therapy was WORKING. Part of me was thrilled!! And part of me wanted to DESTROY my ex and EXPOSE his affair to the world (and most specifically to the person that was being cheated on). Oh YES that would feel GOOD! Yassssssssssssssssss! (yessssssssssssssssssssss) 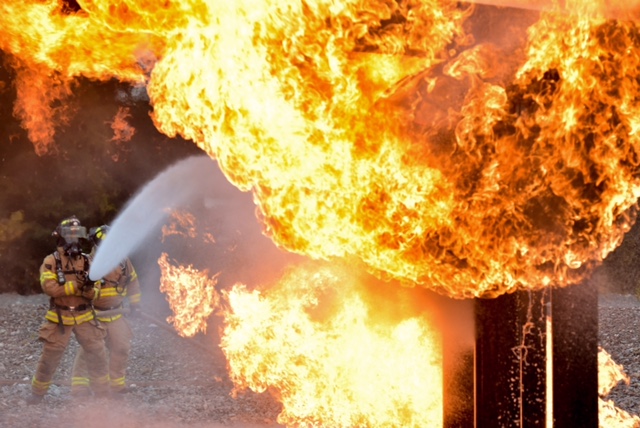 Meanwhile, I was also asking myself “who even ARE YOU”!?!
“This is NOT LIKE YOU”!!!
“STOP IT!”
“YOU ARE LITERALLY CRAZY!”
“LEAVE THEM ALONE AND DON’T BE A HYPOCRITE!”
“THIS IS WEIRD AND YOU ARE NOT JEALOUS!!!”

I’ve been in both of their shoes. I’ve been the person running around sneaking with a cheater and also the unhappy girlfriend who feels trapped and powerless in her life and just wants excitement and passion. (Though the self-righteous part of me who has not finished healing these wounds WOULD like it on the record that I never cheated like the actual cheaters have done. I left my unhappy relationships first and then fell for a “divorcing” person after. “Way to be better than EVERYONE, me.” Pat, pat, toot toot.) Ahh, do you guys hate me yet? I told you bringing our shadows to light is ugly business.
This isn’t the REAL me talking, this is the WOUNDED me.

So yes, I’ve been allowing myself to feel, accept and express this anger and being honest about my feelings to anyone who asks. Friends would text and ask “how are you now?” and I’d reply “low boil seething”. I even got in a fight online with a stranger and it felt GREAT!! “Take THAT boundary issues!! That guy can’t talk to YOU like THAT! He was being JUST LIKE YOUR MOTHER and you let him HAVE IT! Nice!!”

Normal April cruises past trolls without blinking an eye. Crazy April makes it her life’s purpose to expose their underbellies and bury the philosophers sword into their hairy, pimpled flesh. 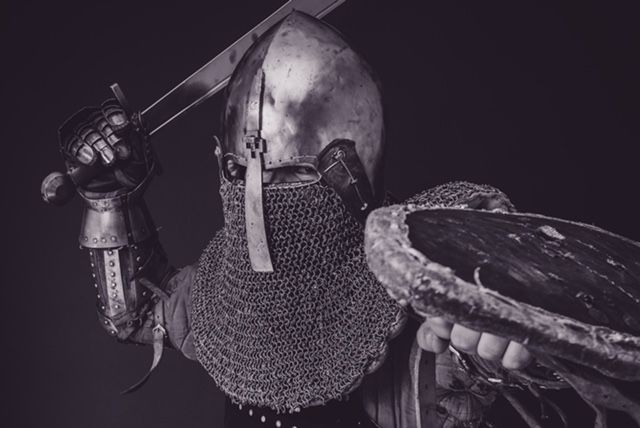 I reached out to my mentor and friends in the dream interpreting community who have experience with “cutting the ties that bind”. I wanted success stories and to know how long I would be processing this unbearable anger. I was told 1.5 weeks. Ugg, I was on day two and it was literally agonizing. “Accept the feelings in your body, though, April”, I said. “Don’t push it away!” Uggg, time to go beat the couch.

Then last night I had a dream. It had my ex and his new girl and I was fighting them (represents inner conflict) and she was being really peaceful and nice (dream advice) and trying to give me hugs which I eventually accepted (good for you subconscious, you’re not a complete asshole after all). However, at one point my ex said I was 39 years old. I flew into a RAGE in the dream. “I am only 37 and GETTING READY to turn 38!!”. During my tirade I was angry because it felt like he thought I was crap now that I’m older than this new girl. I was FURIOUS.

As I laid in bed, writing it all down the truth hit me like a ton of bricks. Holy crap. I’m jealous. I feel less wanted (unwanted). This is absolutely connected to mom. I was an unwanted pregnancy and an unwanted responsibility upon my arrival. Holy crap. These are self-worth issues. WOW.

I had NO idea I was this jealous. I was in such denial that I couldn’t see where it was coming from. I couldn’t see it at all. It was completely in the dark - hence the true meaning of “lightwork”. It all makes sense now.

I’m less angry today. I was able to inform my ex that my anger and nasty text messages were connected to this inner work and I’d get my act together eventually. It didn’t STOP me from getting jealous again and sending a nasty text to a neighborhood mom that had once started to become my friend but has since chosen late night debauchery with him over playdates with me and the kids. Ugg, jealousy. It’s an energy that cares for no one but itself and acts 100% crazy when unleashed. I’ve been repressing it for years by being “nice” when I felt hurt. I promise that I honestly have great relationships with my girlfriends. I had no idea this monster was sleeping inside me.

So, there it all is. The ugly dark truth. My intention is to write as much as I can about this process because the end results will be beautiful and I want to capture the journey. Jealousy and anger have been secretly making decisions in my life for years and I had no idea. Once I have processed and healed my self-worth issues (which will involve asking myself why I ever felt that my worth had to come from being “better” or “more important” than someone else) then I will be a free spirit and much more in tune with my true nature. Also I will have 100% compassion for other people because I KNOW how hard it is to feel the effects of self-worth issues and to shed them. It was been eating my life for days and still is. The process is both agonizing and exciting.

I can’t recommend this kind of inner-child work enough but good GOD, as you can see, it’s also not for the faint of heart. The end result, however, will be loving life, myself and the people I meet every single day.

This is absolutely the highest and most worthy challenge I (we) can ever accept.

Well written from deep and I understand this. Myself I am going through something similar. Nice to know there is a solution :)

Right!? It's nice to know that others are working through their limiting beliefs along with me! Michael Jackson said it best "if you want to make the world a better place take a look at yourself and then make a change". It's hard work! Sending you a thousand high fives and buckets of understanding and love!!! :

Like the quote. Yes I am moving this week making a new start I hope but partner still wants to visit but should all be good I hope

nothing about the spiritual process is butterflies and rainbows. Often times it's pain that brings us a great awakening.