I was working today and needed a little pep or maybe a soothing ritual. Coffee was out. So it had to be tea. Coffee is allowed on the type-A diet but I'm trying to break the habit so my energy can come from within again. 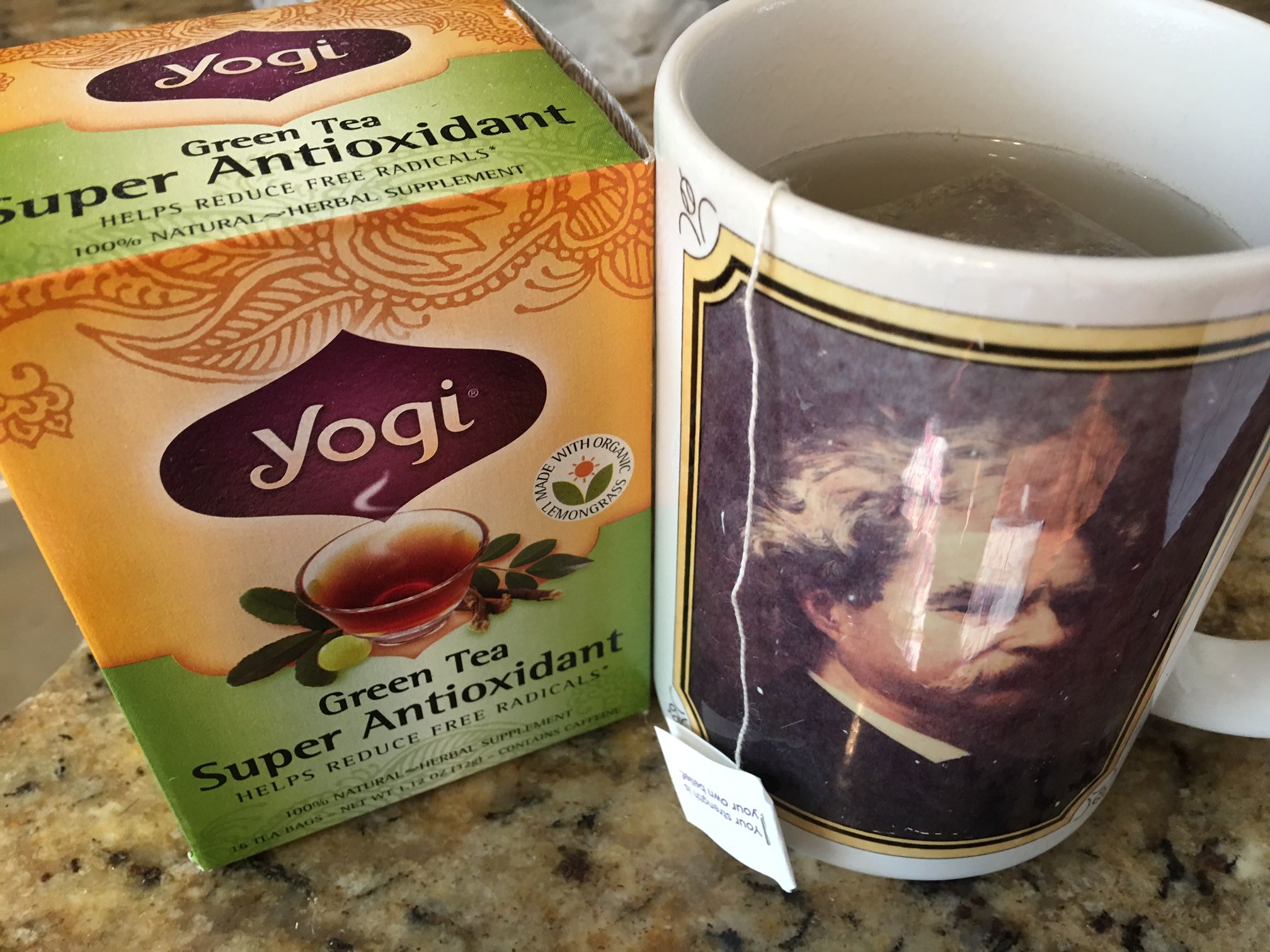 While I worked from home and the kiddos were out of the house I prepared a huge amount of rice and quinoa so I could have leftovers later. Since I was still swooning over that vegan alfredo sauce recipe from earlier in the week, I made that too. You can see it on the side but I ended up using WAY more than that. I juiced half of a pineapple, 1 beet, 1 apple, 1 carrot and ginger. I would drink this every day if I could. 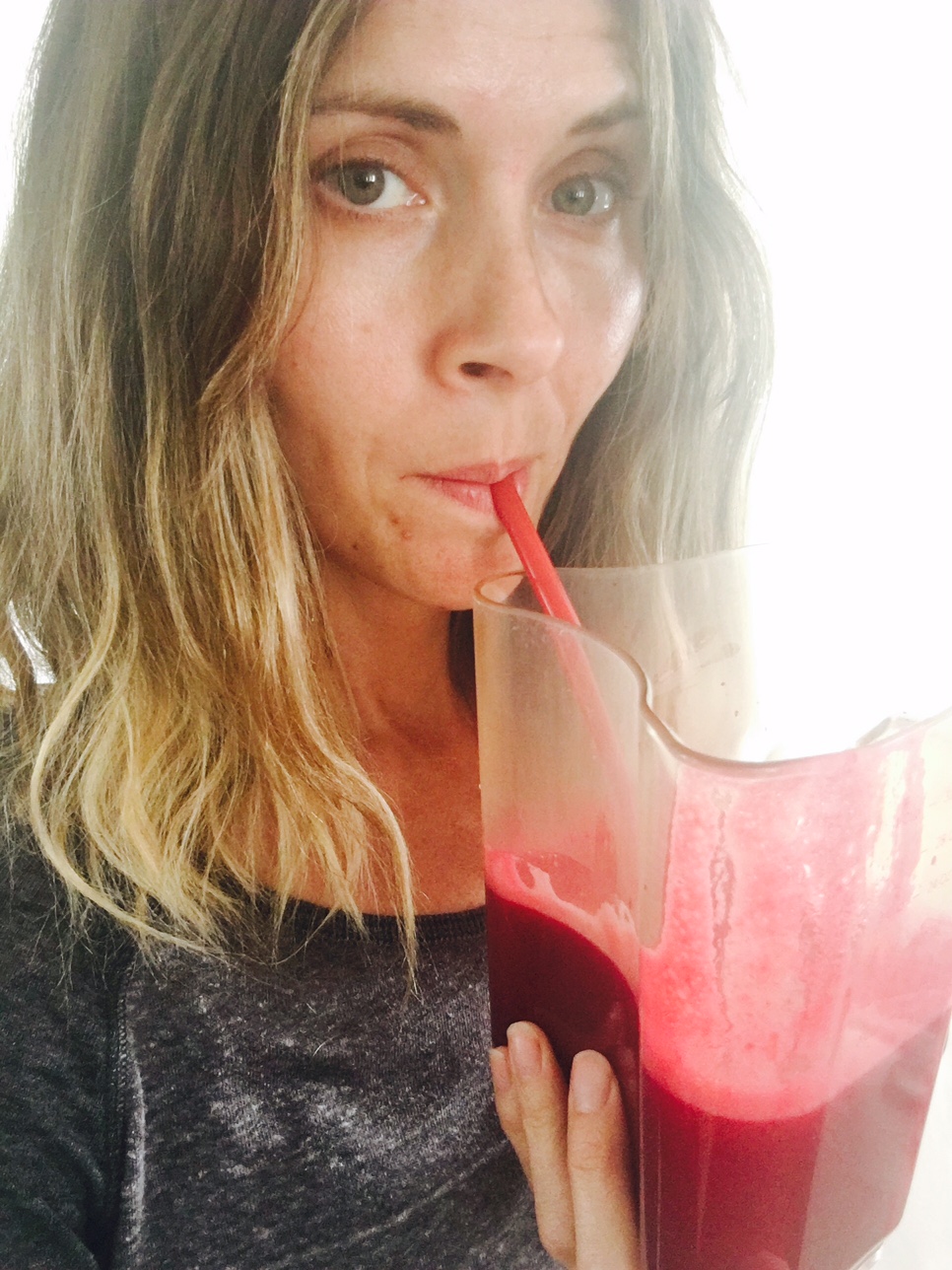 Later, I went to a friends house. It was around dinner time so I threw together my left overs (with "alfredo" mixed into the quinoa) and headed out. They had steak and fried potatoes. I had this. Later in the evening I was hungry while writing a different steemit post so I had this pear. 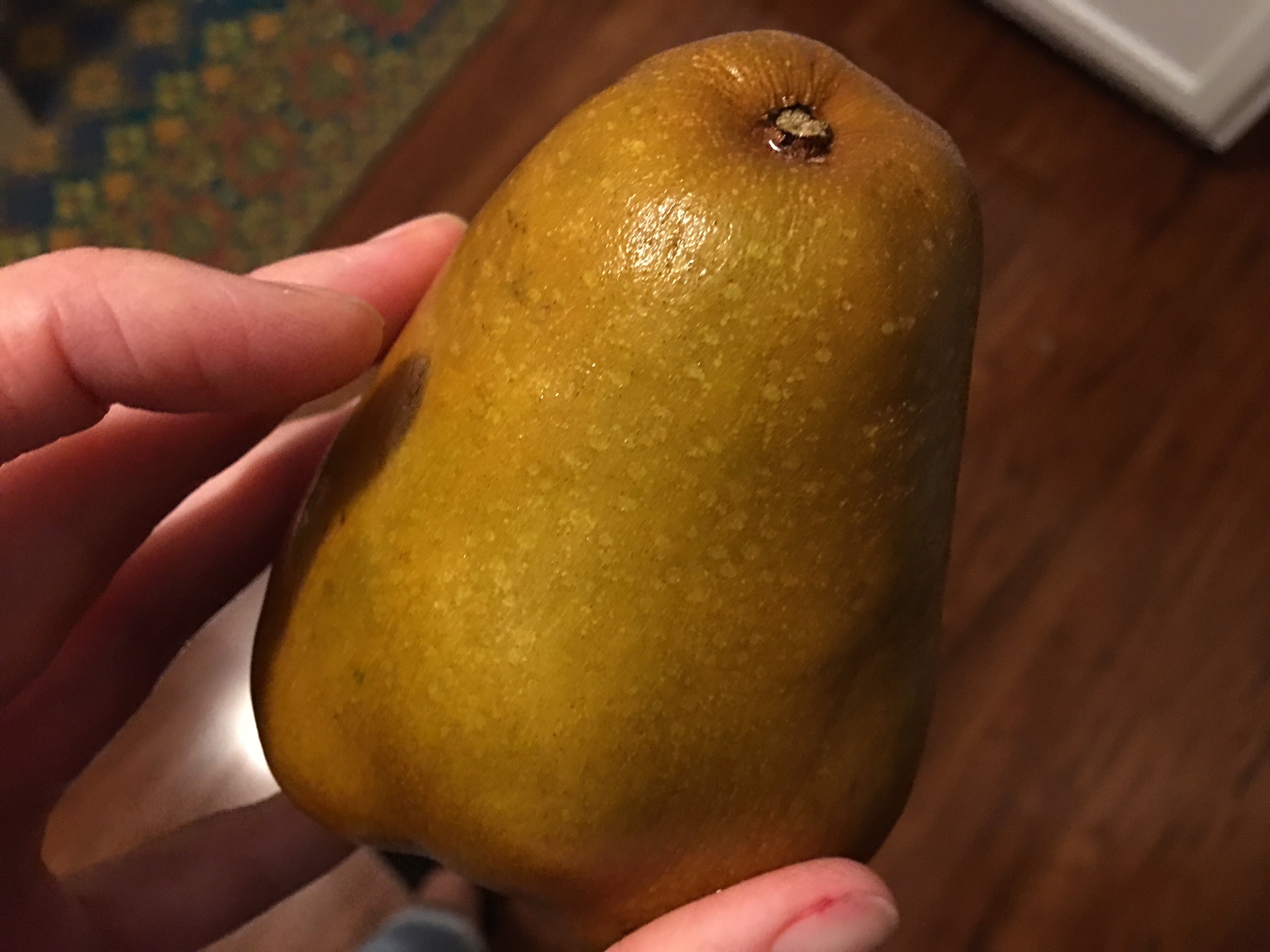 I have to admit that I'm concerned at this point about what is making me break out. I'm not consuming soy (even though type-A's can) because I know that (and flax seed) breaks me out. I'm wondering if its too many walnuts or pecans. So curious.

I'm out of oatmeal and seeing if I shouldn't lessen the amount of pecans/walnuts I'd been having with oatmeal. So breakfast today was this delicious watermelon. I love getting full AND feeling like I'm hydrating too. 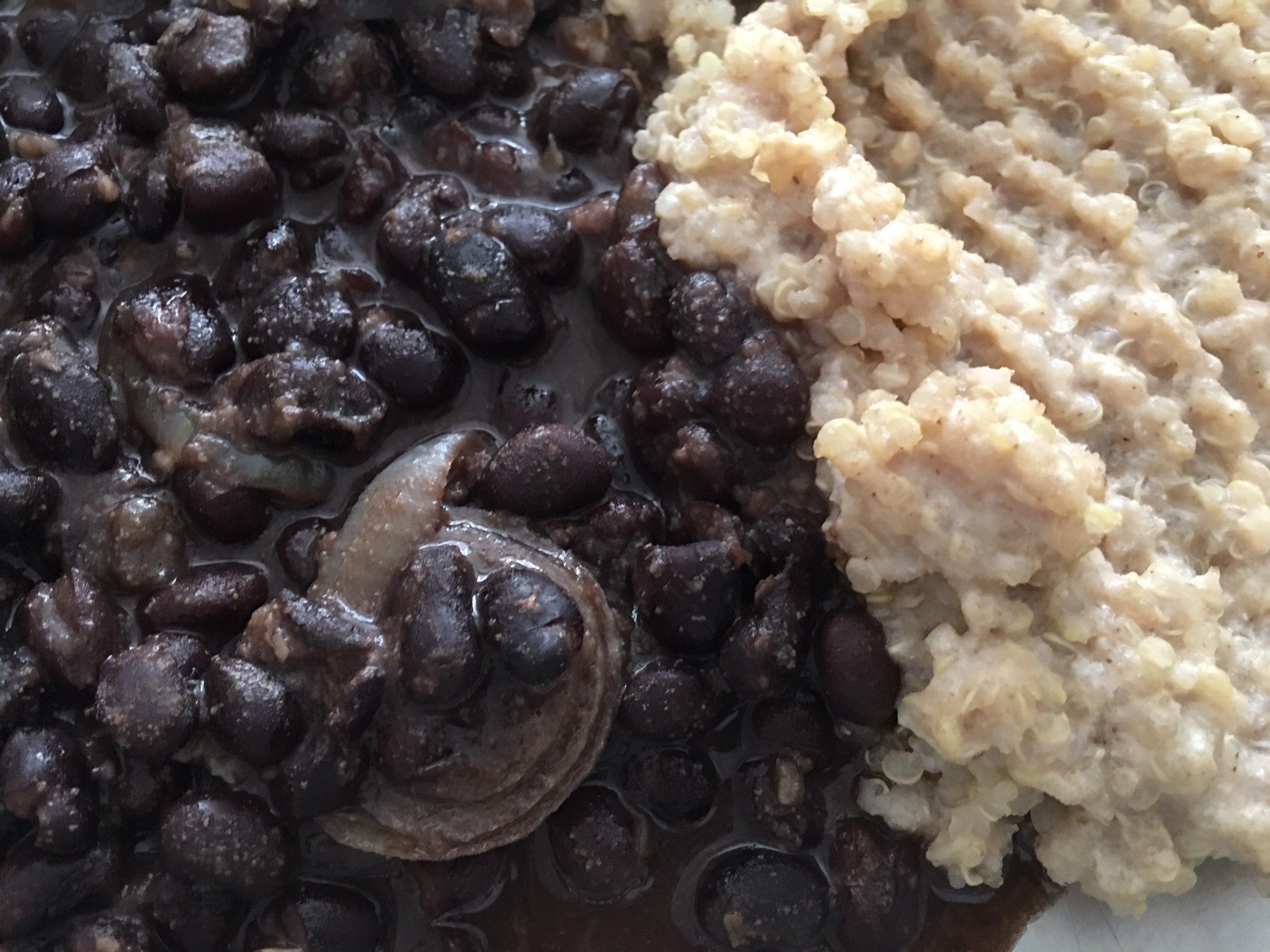 Later I was craving dessert so I had apples and peanut butter. It was so satisfying that I ate two! Dinner was sushi again. It's so easy. I made fresh rice so it wasn't dry and I could actually roll my sushi rolls. I didn't have any broccoli to roast which is my favorite thing to add but this was still satisfying. I ate more than pictured. 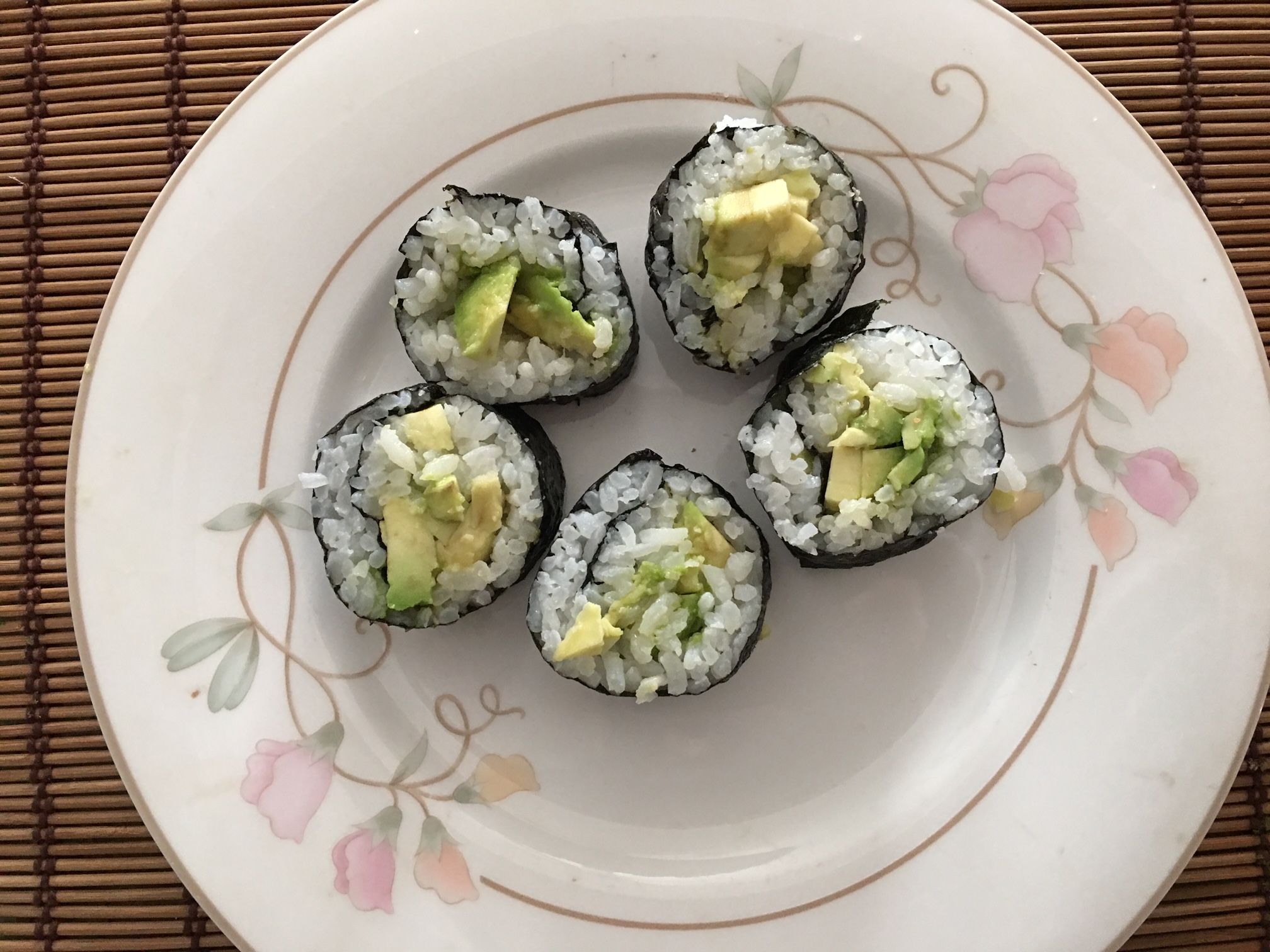 At this point, I'm feeling energized and not needing to nap during the day with the baby like I was doing before. I feel like the nutritional yeast kind of took my energy up a couple of notches. I don't know if it's type-A approved, I figured I'd eat it and see what the effects were. I think feeling energized is a good thing so it must be okay. I wish I could figure out what is triggering the break outs though.

Thanks! I'm hoping to stick to it after my 40 day trial period is over...

@aprilangel Thank you for the function, I invite you to evaluate my function..

It was fun reading this it's like the day routine blogs/what i eat in a day.
Thanks for sharing this to us!

@aprilangel We need remain informed and concentrate on things that are hidden from the majority.
Thanks for the right publish! Followed.