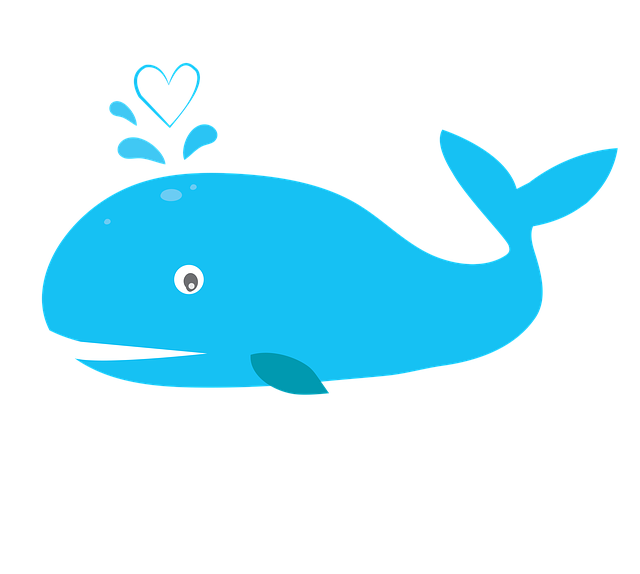 I have started @slimwhale almost a month ago. Since than, the bot has given hundreds of votes and has been running smoothly in the cloud, with no missed upvote. Thank you @yabapmatt for open sourcing the tools for running a robust voting bot.

I have talked in my previous post about investing in @slimwhale. I was very optimistic that a 95% return rate would appeal to investors, but I did not look closely at what other bots were offering. A few months ago, this rate would have been a great opportunity, but now there are lots of alternatives, with more than a hundred bid bots listed on steembottracker.

My old rate of 95% is the same as the one offered by smartsteem, which is a huge bot. Smaller bots offer even better rates, so while 95% is much better than the average rate out there, it could not compete with other services, especially older ones. This is why I am now changing the rate to 100%, sharing all of the vote pool reward with my investors.

I am a minnow here on steemit. I joined this platform in January and it has been quite a wild ride. I do not have a lot of SP, my main account, @prometheus21 has about 140 SP, most of it delagated to @slimwhale. In order for the bot to function, I have leased steempower from minnowbooster, which has a market for leasing SP. This has been an excellent learning opportunity for me as I now understand much better how the economics work around here. So getting back delegation, I think, aside from the great value proposition of sharing 100% of the voting pool, I can promise my full attention on this project. You can be a part of this project from the beginning, as I have many more things planned for @slimwhale, besides the whole bidding bot aspect. I have a Discord Server where we can discuss everything @slimwhale related.

I recommend using steembottracker. Fill in the delagator field with your username and the Delegatee field with @slimwhale and than Amount (Steem Power) field with however much you wish to invest. I recommend always leaving at least 10SP in your account, so that you don't run into bandwidth problems. Alternatively, you can use these handy url's I have prepared, that use steemconnect, and delagate directly to @slimwhale: 10SP, | 50SP | 500SP

What's the worst nightmare of any bot user? Last minute bids that kill the bidding round and everyone involved in the bidding makes a loss. This has happened to me many times, and from now on @slimwhale will have safeguards to prevent this from happening. I will set an ROI limit of -10%. I regret not having put this guard from day 1, so I apologize to everyone that has been affected by negative ROIs.

Voting bots offer a service, in return for a bid they provide an upvote. Ideally for everyone involved, the user would receive the amount invested in the bot back, after the usual 7 days. This is a great system, as the user gets free promotion for a post, the bot gets its money, everyone is happy. Buut this is not how reality works. As I mentioned previously, a lot of smaller bots have sprung in the last couple of months and all of a sudden a lot of them are getting killed out there. I have seen voting rounds with over 200% ROI in @slimwhale as well as in other small services. This is not really a problem for the bigger bots out there, as competition at the top is still not that great, so getting 200% ROI in buildawhale, postpromoter, it just ain't gonna happen. To sum it up, big bots keep earning the big bucks, while smaller services like @slimwhale are getting slaughtered.

As of now, @slimwhale will adjust the voting weight, such that, if the ROI of that round is above 10%. It will give each bidder a vote that will still be profitable, but with just 10% ROI. This is a new feature, implemented by @yabapmatt and will provide a protection for us small bot owners. This bot feature is not yet fully tested, hence why it is not yet advertised as such by @yabapmatt. I am probably the only bot owner trying this out. I look forward to testing this, and probably at the next postpromoter release it will be a fully fledged feature.

I am trying to improve everyday and I believe that with this changes I have made @slimwhale better. To sum it up, there is now 100% return for investors, there is voter protection and there is a protection for me, the bot owner. I look forward to reading the comments, feedback is very important to me.

thanks for sharing this!!
do you have a calculator to visualize ROI on investment? and what is the minimum recommended SP that should be delegated?

The minimum SP should be 10, anything lower would probably be to small to register for the daily payouts. The ROI estimate is very hard to compute, especially with wild Steem price swings. All I can do is guarantee that it is the best deal you will ever find, as I share 100% of the reward pool with my delegators. You can use this tool to compute how much a vote is worth https://www.steemnow.com/upvotecalc.html

This comment has received a 0.12 % upvote from @speedvoter thanks to: @geeklife.

Thanks for the update! Definitely going to use your services in the future :)!

Congratulations @slimwhale! You have completed some achievement on Steemit and have been rewarded with new badge(s) :