lumberhawk (40)in #introduceyourself • 2 years ago (edited)

The idea of writing an introductory post is much more thought provoking than I initially thought. Trying to sum up my life in a brief, yet interesting post has proven to encourage much introspection with some healthy questions along the way. Let me see how this goes...

My name is Patrick. I've managed to make it all the way to my mid 30's. I have to say I feel quite fortunate to have landed where I am in life at this current moment. I live in Las Vegas with my intelligent and beautiful wife, and my reverent yet dim-witted dog. I work as a power plant operator at a hydro-electric power plant. I spend much of my free time playing poker, where I grind out a meager income but I absolutely love the challenge battling the wits of my fellow degenerates. My outlook on life is quite different than most people I know, and I am happy that way. I've never been one to "fit in" which has provided a lot of ups and downs along the way. I am somewhat of a rebellious nerd. I have a bunch of tattoos, I ride a motorcycle, and I plan for my financial future more than anyone I know. But that's here and now. Maybe I should start at the beginning. 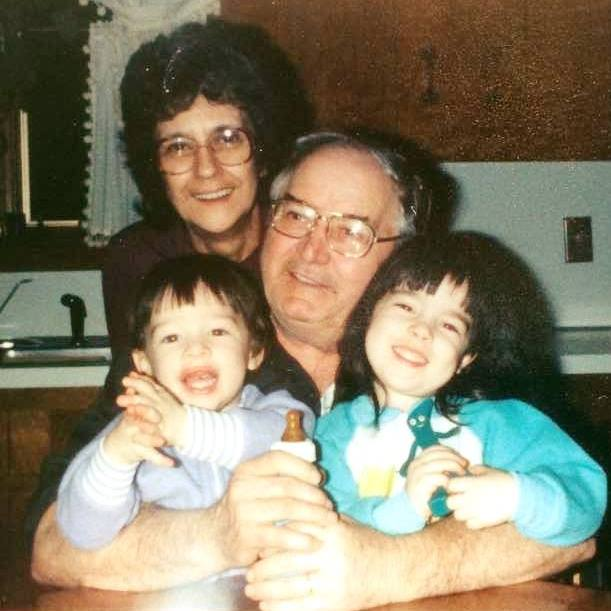 (My grandparents with my older sister and I)

My parents met young. Well, my Mom was young. From the way I was told, she met my Dad when she was 16. He was 20. They were in a bar in rural Connecticut. We aren't going to get real heavy in the details of my parents quite yet; maybe in a later post but as it is this post will probably be too long. We will just summarize their relationship as "troubled" for now. They managed to make a couple of kids along the way (my 3 years older sister and myself). As kids we often did not live together. Sometimes we did. We both moved around a lot between our disassociated parents and both sets of grandparents. A few years later my Mom gave me 2 younger sisters also. I never was very close with them as a kid. I hardly knew them to be honest, but I always loved them. I went to 20+ schools before graduating high school. Needless to say, I am pretty good at making new friends and starting over. I sometimes have trouble maintaining friendships though, because I tend to require little to no maintenance in a friendship and this is not the case for some others. It took me a long time to understand that other people are not like me. As such, I am not always the best with said required maintenance, and I can too easily "move on" to whatever is next. I'm working on it.

I was never a "good" kid. I always questioned everything. I needed to make sense of everything, and when something didn't make sense I would challenge it. As you can imagine, that didn't always turn out well. This is something I still do, but in a more responsible way. I recently read a relevant proverb that I really like: I was 16 when I started to live on my own. I wasn't quite independent. My dad went to prison for a bit and as he went he handed me his checkbook with almost 5 grand in it and said "I hope you can make this last". Luckily the house we lived in was a previously foreclosed upon 2 family home that he managed to buy for a very good price because it needed a LOT of work. This house had 2 huge benefits for me. The mortgage was cheap, and there was a tenant next door (who was also sort of my dads girlfriend), so I had a little income from that. I should have sold his bran new truck, but he would have killed me. I should have DROVE his bran new truck, but he would have killed me. He loved that truck. Anyway, I managed to pay all the bills in full and on time with the 5 grand combined with the rental income and my 39.5 hours (Exactly. So I wouldn't get full time benefits) every week at the local grocery store. Occasionally if short handed I would work more than 40 hours and have to put it on someone else's time sheet and get squared up in cash. I wasn't going to complain. I needed every dollar.

I eventually got fired from that grocery store. I worked in the produce department making $7.00/hr and money was tight. Real tight. I often worked alone in the evenings. My boss would go home about 3 or 4pm and usually another co-worker would stay until 6 or 7 for the after work rush. I would often shut the place down at 9 or 10pm before I would ride my bicycle home to get some sleep before going to school the next day. Not only was I super broke, but I didn't have time to make food at home on most days, so as a 17 year old making bad decisions (working on that wisdom!) I would sometimes eat some of the produce in the back room. The meat department supervisor was doing his once a week "night shift" management rotation on this given evening and walked into the back room while I was halfway through a clementine. It was delicious. It was thievery. I was sent home on the spot. 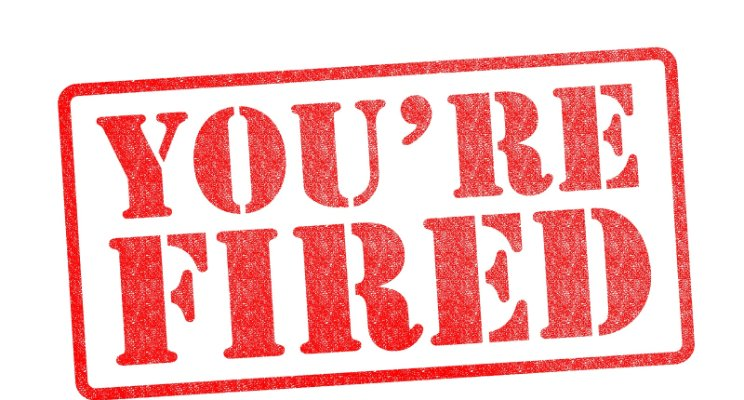 I'm not actually sure if I was fired now that I think about it. I was scheduled to work the next day after school. I called Tom the store manager during my study hall to ask if I still had a job. He really didn't want to answer me. He would keep saying things like "What am I supposed to do?" and "What would you do if you were in my shoes?". Eventually I just needed an answer because I had to go to class (it was Mr D's physics class, I remember because I loved that class and otherwise I would have just skipped). Anyway, Eventually I had enough and I wasn't going to beg for my job. I was too proud (and dumb). I remember interrupting Tom mid sentence and saying "Look Tom, I have to go. Am I coming into work today or not!?". He said "I think its best if you don't." So I hung up and went to class and thought about how I was going to make it another 3 months.

Don't worry, I made it. A couple weeks later I landed a job at a doughnut shop. Before long I was the assistant manager. About this same time Dad came home. We had an awkward talk that basically ended with "Well, you did pretty good over this past year, so I'm not going to try to tell you what to do now." After that my Dad was basically my adult roommate who paid all the bills and didn't care what I did (within reason). I remember being SO excited about being able to keep my own money to take my girlfriend on a date or something. I wasn't very good with girls, but somehow she didn't seem to mind. She had a son, and I was pretty good with him. I've always been better with kids than with adults. Kids are straight forward.

This is getting long, so I'll make this a multi part introduction. Next post will pick up where I am getting ready to graduate high school and join the military. Stay tuned, and feel free to comment! Yea, he is the best dog ever. lol.

hey there! this was a great read, i can't wait for the next installment! We have Steem based poker, too, let me know if you want more info ;)

Is it real or play money? SBD? yea, I'd be interested in knowing more for sure. thanks!

most of our tournaments pay in SBD's (we've only had one different pay out to date). Check out the @tuck-fheman blog for more info! We have a discord channel if you're into chatting : https://discord.gg/vC64xQc

Awesome. Thank you. Following and also joined the discord.

I have a feeling that's how this is going to turn out over the long run. A journal like auto-biography. I can already feel the pain! haha.

Hey man, I just want to say welcome to Steem! It sounds like you've had quite a crazy ride in life so far so you should be well equipped to handle the ups and downs here.

I saw that you've made an investment in Steem Power already which is awesome! You need to make at least a little investment to really be successful here. Too many people just come expecting to get a lot out without putting anything in.

Anyway I'm excited to hear the rest of your story when you get a chance to write it!

Thanks. I am excited about the platform and the adventure. I am not in it to make money per say, but I clearly wont complain if I make a few bucks along the way. :)

Thoroughly enjoyed listening to your story, reckon a beer with you would be a real pleasure, though I have no idea how to play poker. Hope you do well here.

Well if you're ever in town, I beer well with others. lol.

Welcome aboard :) check out my giveaway

Thanks. And I will.

Wow, what a story! Proud of you and am looking forward to reading part 2. Excellent introduce yourself post. Welcome to steemit and I hope you make a ton of $$, moreso I hope you have fun!

Thanks a lot! So far I am enjoying it. I've never done something like this. I think i have some really good ideas for the future if i can ever conclude my introduction! haha.

Welcome to steemit from @lopezdacruz. All the best in your steemit journey.

upvoted don't forget to upvote me

Hey there @lumberhawk ! Welcome to Steemit! If you're looking for the latest and greatest news on Bitcoin, Ethereum and Cryptocurrencies, make sure to check us out :) especially if you're an investor. Our team read over 121 articles, whitepapers per day, we do in-depth research on upcoming blockchains and watch over 100 videos and segments and filters them out to give you the very best news and tips on the market. Cheers!

Ill check it out. Thanks!

You received 5% of upvote for FREE from @rashley01! We upvote post for FREE to support the steemit author. Vote percentage is based on the Quality of the Content.

Vote @rashley01 as your Steemit Witness

Congratulations @lumberhawk, you have decided to take the next big step with your first post! The Steem Network Team wishes you a great time among this awesome community.

This post has been voted on from MSP3K courtesy of @kubbyelizabeth from the Minnow Support Project ( @minnowsupport ).