I’m 56 years old.  In my lifetime I’ve been a scientist, a writer, a business coach, a teacher, a fundraiser... the list goes on. When push came to shove, though, all I ever wanted to do was use my innate talents and creativity to have fun and make the word a better place. None of my job roles, though, working for the system, really gave me the freedom to make the difference I really craved to make.

The need to make a living traps most people in a cage so that achieving a lifestyle that uses their authentic, innate skills is delegated to a mere dream and they are forced into the numb existence that feeds the conveyor belt to that voraciously ravenous cash register in the sky. 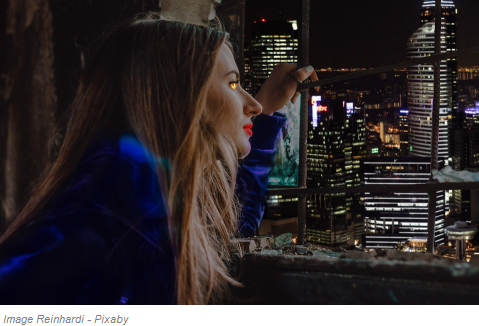 Strangely enough, though, it seems that in a life time spanning many tens of years most people never identify that something is resolutely wrong with the existence they are forced to settle for. The concept that they might have missed out on something crucial to the realisation of their full life potential never even occurs to them. They never find out what it’s like to be “in the zone.”

In a world of illusion, smoke and mirrors, it is but a small few, that spend a whole lifetime searching for a way to get into, “the zone.” I have been in that place perhaps only twice maybe for just a couple of hours each time and all I can say is that it’s a place that’s well worth striving to reach.

In, “the zone,” everything seems to click into place and you experience the calm exhilaration of knowing that you are being one hundred per cent who you were designed to be. There is a feeling that a continual stream of radiance is flowing through your being, firing your creativity and innate talent so that they are perfectly tuned, in the moment, with a higher frequency and suddenly you know what it feels to be fully alive. It is a state in which innovative solutions for a more positive world manifest into reality spontaneously, with little effort.

The feeling of reaching that place, alone, is uplifting in itself, but there is something else. Over the world are dotted like-minded others, who spend a lifetime looking for a way  into, “the zone.” Like points of light in the darkness, often unbeknown to one other, they are connected to form an invisible, high energy grid that spans the earth.  And here’s the rub. If, on some eminent, future day,  either by coincidence or design, they all entered, “the zone,” synchronously, in one glorious onslaught, the resultant tsunami of high frequency energy would surely be enough to catapult humanity into, its next evolutionary phase. But the way is still an enigma.  I’m no more clever or smart than anyone else and ink blots have been thrown over the map making the route uncertain. I’ve come upon cul-de-sacs many times and had to turn back. But I’ll never give up. And that’s who I am... someone who is dedicated to getting back into the zone. Perhaps other people, are having more luck than me or maybe it just seems that way.

See, after a couple of decades of being disillusioned by the soap opera, celebrity and designer clothes obsessed youth who were set to be the next custodians of our world, recently I began to notice something different. When I first saw Steemit, and similar emerging platforms, I noticed that there were a whole bunch of people, mostly much younger than I, who, somehow, had found their way into the zone. They were working alone... in pairs... groups... their energy cleverly diverted from the prison matrix to the zone, so that they had the chance to earn a living being authentically who they really were, unimpeded by the invisible prison bars that constrained their contemporaries.   They were beginning to shatter the matrix...to change the nature of our way of being. I believe that Steemit may be one of the portals into a new world where energy exerted will better equate to progress made. It will be a world where the fruits from the efforts of the many will no longer be siphoned off for the benefit of the few.

I believe that Steemit may be one of the growing number of places where history will be redefined that so that mankind can move on to the next chapter.

I believe that it’s time.

I believe that “The Age,” has come.

I believe that the stories of those who will bring it about need to be told.

Sup! I can see that you have signed up recently so I thought I'd say hi and welcome you. This post deserves an upvote and full steem ahead!
As you only recently joined the steemit community it can be hard to recieve lots of steem power so you should try out @MinnowPowerUp where you can earn up to 30% more steem power than just powering up through steemit! It's a subscription based daily upvote bot that draws its power from a delegation pool. I have more info on my experience with the system in this post where I explain how I earn over $1 a day from upvotes.

Big thanks for that, Kromosoom, I will check out the site and post

Okay! So this is how you introduced your story. Now I am going back to Max, to wait for his bright mind to see the way forward :)

I'm also betting that girl is going to be a part of his life - but I hope you are able to evolve the story so that Alice makes it mre interesting. Little children, because of or despite their innocence can often show us a new way of thinking. Since you've introduced her into the story, make her earn her keep (lol)