A Comparison of the crimes of two countries and how they are viewed by the world. Can you Guess which country I'm Talking about?

openparadigm (57)in #informationwar • 3 years ago (edited) 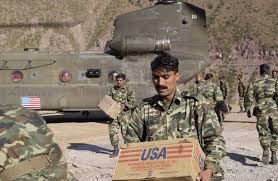 Much is made of the injustice perpetrated by the "Zionist State" yet so little is heard about the "Islamist State" that was created at the same time as the "Zionist State" by the same mechanism.
By comparing the events surrounding the creation of these two countries and their subsequent military actions I will show a double standard that stretches the bounds of incredulity to the bursting point.
Not only are the crimes far worse but the overall quantity of murder, rape and displacement so exceeded that of the "Zionist entity" and yet there has been no international hue and cry, no call for boycotts, not a word about the persecution of minorities.

What can explain this discrepancy?

For now I'll leave that for you to decide.
An ethno-religious state created for Muslims. Billed as the new Medina this country was solidly in the tradition of Islamic statehood by its actions we can see what the Islamist tradition has to offer in the way of a state.
Like Israel this country was part of a British protectorate that was split in two to accommodate two different ethno-religious groups. Roughly two million people were displaced during and leading up to the creation of Israel with open warfare and terrorism. With at most 20,000 killed, these numbers are from both sides.
While the country I'm comparing Israel with had ten million people displaced with 50,000 killed during its creation without open warfare there was still widespread, terrorism and rape, torture and abductions.
So far we have a country created at the same time as Israel with much greater amount of displaced people and more people killed . All of this while not being attacked by anyone inside or outside the new country. While nobody has accused the Israelis of widespread rape, torture(during the war of Independence/Nakba) or abduction of Arabs as warbrides this country went all out, whole hog and
full tilt.

Well every country goes through its growing pains how did it behave when faced with an internal rebellion I wonder.

Well when this country fought its internal enemy it raped and murdered on a scale that makes other war criminals look like Mother Teresa( including Hitler) this insurgency lasted 9 months and this country killed 3 million people created 10 million refugees and displaced 30 million!

Maybe you've heard of this country?

Participated in a boycott against this country?

Do you think this country has had hundreds of UN resolutions against it?(Nope)

Does everyone and their dog have an opinion about this country?(Nope Again)

Well now you might say those ridiculously horrid atrocities perpetrated on men women and children all happened way back in 1971 and it's 2017 and surely this country has changed?

You'll have to figure that out for yourself, for now at least.

Can anyone guess which country I'm alluding to?

I don't have any good guess. what is it?? The picture seems like idk... Pakistan? One is Israel... other countries created or recognized internationally during the 40s around Israel are too many (Syria, Iraq, Iran, Saudi Arabia) but none in 1948... Pakistan 47-48 good guess, but isn't it strange with that death toll that you have to guess(not to mention the over the top atrocities.)?

Congratulations! This post has been upvoted from the communal account, @minnowsupport, by openparadigm from the Minnow Support Project. It's a witness project run by aggroed, ausbitbank, teamsteem, theprophet0, someguy123, neoxian, followbtcnews/crimsonclad, and netuoso. The goal is to help Steemit grow by supporting Minnows and creating a social network. Please find us in the Peace, Abundance, and Liberty Network (PALnet) Discord Channel. It's a completely public and open space to all members of the Steemit community who voluntarily choose to be there.

those ridiculus boycot called also loudly speaked here. And it is funny, as they spread the call through facebook, made by a Jewish decendant, and American product.

Socialism is nobody's friend, it turns people against everyone.

Congratulations @openparadigm! You have completed some achievement on Steemit and have been rewarded with new badge(s) :

I don't have any best guess. what is it? The characterize seems in addition to idk..Pakistan? One is Israel... new countries created or qualified internationally during the 40s vis--vis Israel are too many ,Syria, Iraq, Iran, Saudi Arabia. but none in 1948...
@openparadigm

Yes Pakistan Which is actually 47 but close enough.

You are right and thank you. @openparadigm