“He who leaves a finger-print behind him, leaves an unforgetable signature.”
~ Sir Samuel Griffith, Chief Justice of Australia
source
In what has been called the (likely) first world-wide conviction of a criminal based on fingerprint evidence,
Dennis Gunn was found guilty of murdering Augustus Edward Braithwaite on the 13th of March, 1920, during a robbery.

image source
from the LAKE COUNTY PRESS, ISSUE 2828, 18 MARCH 1920
Ponsonby (for those who don't know) is in Auckland, New Zealand.
Gunn's fingerprints were on file with the police already, since 1918 when he'd been locked up for evading military service during World War I. Perhaps if it wasn't for this, he would likely not have been able to be convicted, because it was the comparison and subsequent confirmed match to this set which got him.

Gunn had apparently watched, then followed the postmaster Braithwaite from the post office after he'd locked up, to his home, where Gunn then shot him and stole the post office keys, before he went back and grabbed all the money he could find. Luckily for Mrs Braithwaite, she'd gone out during the afternoon and was still away when this took place. She returned home at about 9pm to discover the brutal crime.
Apparently, her husband's body was still warm so she called their doctor; somehow not noticing the bullet wounds, so the police were sent for once the doctor's examination revealed Braithwaite had actually been murdered, and subsequently didn't arrive until after 10.30pm. image source
Once it was discovered that the post office keys were missing, the police then went to the building and found evidence of the robbery. There was no sign of a break-in so they concluded a key had been used.

Some cash boxes were lying open in the safe and the eagle eye of the detective noticed those unforgeable signatures, the finger prints. The boxes were taken up carefully and carried off to the police station.
source

It only took a few days of searching through their records for the police to finally get a match to Gunn's prints on file, so he was arrested.
Then the police, while conducting an outdoor search near Gunn's home, found a discarded (or hidden) bag.

The bag contained three revolvers and 229 pennies. Also, at the bottom of the bag, were thirty-eight rounds of 38 revolver ammunition. Beside this bag was another and smaller one, which was found to contain the missing post office keys and #16 13 6 in silver.
source

A recently-fired gun from the stash was tested for ballistics and found to match the bullets recovered from Braithwaite, but in order to tie the revolver - and subsequently the murder - to Gunn they needed to get a match with the fingerprints found.

via NZ Herald, 1921
image source
son of Walter Dinnie, who had trained, like his father, in forensic techniques including the fingerprint identification system as used at New Scotland Yard, England, so was the expert brought in to identify & match the fingerprints found at both the scene, and on contents of the bag.

On the first cashbox the left middle finger print of Gunn's form had forty points of positive identity with the mark found thereon. Other prints had less in number, but still contained certain positive identification characteristics. On one of the revolvers the Detective Sergeant found the left middle finger print of the accused. There were other prints found, and the officer said there was no doubt Gunn had handled both the boxes and the revolver.
source

While Dinnie was an expert, and confident in what he had been able to discover, a second opinion was sought and so Inspector John Alexander Fowler of the New South Wales (Australia) Sydney fingerprint branch was called upon to offer his expert testimony, whereby he confirmed what Dinnie had discovered. image source
While we have computer programmes that do the matching for us today, back then it was all eye-balled. Imagine!
The amount of money Gunn got from the robbery was reported as being £67 14s 5d.
I used an inflation calculator to see what that £67 would equate to today. The calculator only went back as far as 1927, but I'd imagine it would still be a fair representation. source
Not much, compared to the cost of a man's life. Or the lives of two men when you take into account the criminal death sentence.
In court the judge, Sir Frederick Chapman, took great pains to explain to the jury how acceptable and credible this fingerprint evidence was, because:

During the trial in the Supreme Court at Auckland, the defence lawyer repeatedly questioned the forensic value of fingerprint evidence. It was, after all, a new science, the first book on the subject having been written as recently as 1892, by a cousin of Charles Darwin.
source

Apparently it only took the jury two and a half hours to decide on a verdict.
The trail was held up to extra scrutiny, as it would be setting quite a precedent. "Gunn, who might ordinarily be regarded as a young man of good intelligence and appearance, and is short, slim, and of dark complexion. He is 26 years of age."
from the NZ OBSERVER, VOLUME XL, ISSUE 39, 29 MAY 1920
image source
He was hanged on the 22nd of June, 1920 at the Mt. Eden Prison.

"Gunn would take his claims of innocence to the gallows, telling the magistrate the day before that he had indeed robbed the post office but it was another man, Alfred O'Meara, who killed Braithwaite." source

He was laid to rest in the Waikumete Cemtery. Notes:
Interestingly, a short article in the newspaper about a month before the murder shows:

from the MANAWATU STANDARD, VOLUME XLIII, ISSUE 1737, 11 FEBRUARY 1920
image source
Could this accident have had any bearing on Gunn deciding to rob the post office? 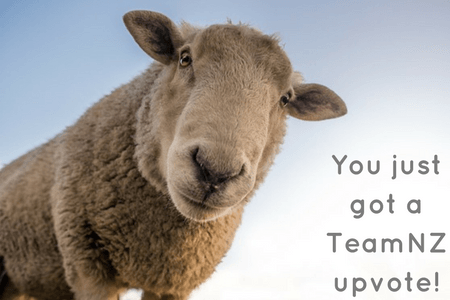 That was very interesting.

But I guess if he had been shipped off to the killing fields like all the other young male sheeple in 1914 he would have been executed anyway.. C'mon, he would have had a minute chance of living through it. :P

I'm guessing Eleanor Witherington is very interested in this new field of science ;)

Ooooh, I hadn't thought of that! Great spotting :D