Snags at the (Historical) Society

Our class is finally coming to the point where we will be making some decisions on what projects to undertake with our SBD. As we continue to consider what’s broken in the Philadelphia cultural sector and how to fix it, we continue our readings on the sector’s problems. This week, we read about the Historical Society of Pennsylvania’s (HSP) decision to transfer their collection to the Atwater Kent Museum (now the Philadelphia History Museum). 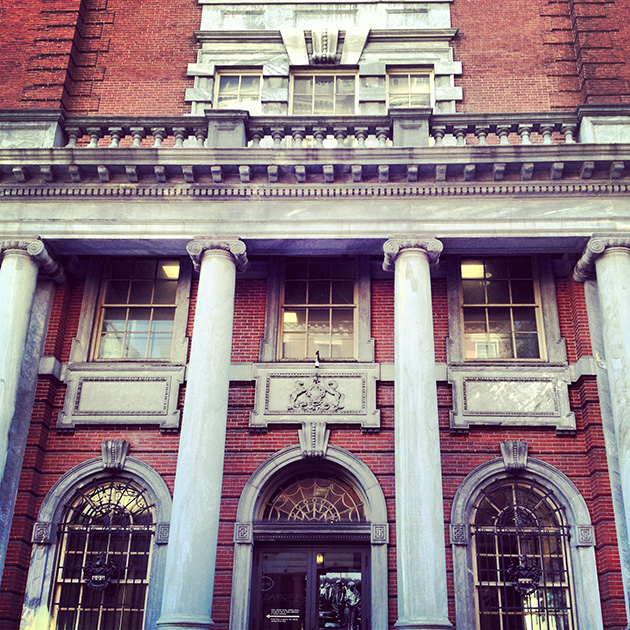 HSP, until the 1970s and 80s, functioned mostly as a private club for its members. Then, it got caught up in the excitement of the new social history and took on many more roles as it tried to embrace that movement. This is when its troubles began.

HSP’s new programming and outreach was both good and commendable, but it was inadequately guided and the organization clearly tried to do too much. It took on more responsibility than it could handle financially and more work than its staff could keep up with. It started digging in to its endowment to pay for the new programs and hire more staff, when it should have picked one program and stuck with it. The situation became more and more untenable until the 1990s, when the board finally hired an experienced manager, Susan Stitt, to solve the problem. Stitt immediately took many steps to update the institution and bring down costs, from reducing the size of the staff, to modernizing the departmental organization, to securing extra funds. Within a few years, she was able to identify the core problems at HSP and develop several solutions—all of which required HSP to figure out what kind of organization it is, what its mission is, and what its priorities should be to pursue that mission. Unfortunately, she did not have the authority to implement any of them without the approval of the board. It took a change of board chair and years of fighting for the board to finally agree HSP should be a research library and should deaccession its object collections.

I think the core of this issue was leadership. If the directors in the 70s and 80s had set clear priorities and a clear direction for HSP, it would never have overextended itself. It seems, instead, that they were passive, and simply agreed to whatever programs the staff and board proposed without evaluating whether or not the HSP had the resources to allocate to them. It’s telling that things started to happen when Stitt arrived—all of a sudden decisions were being made on what to keep and what to cut, and for the first time there was finally a budget! 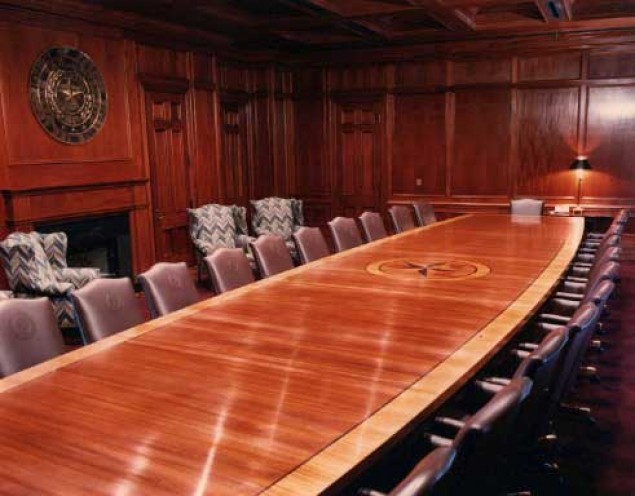 A board room. Photo credit: The Artistic Edge

Then there’s the board, which could never reach the consensus necessary to provide any useful direction to Stitt. In fact, it seems as if the board was solely a social club until Stitt kicked them into action with her brutally honest assessment of the HSP’s problem. And even though she eventually won them over, it is sad it took them years to agree. Plus, Stitt had to deal with stupid comments about not being able to fundraise enough and one board member who said they should solve their financial problems before setting priorities—but aren’t priorities essential to determining what to fund and what to cut?!?

It makes me question the whole idea of having boards at all, when the expert in the field clearly has the better idea of what to do. Perhaps @hourofhistory ’s suggestion for a dictablanda is worthy of more consideration. Or perhaps boards should simply listen to and learn from the experts they hired for the job. With receptive boards and more leaders like Stitt, the future of the sector would look a bit brighter.

A lack of focus and leadership is often blamed for programmatic and budget sprawl:

they were passive, and simply agreed to whatever programs the staff and board proposed without evaluating whether or not the HSP had the resources to allocate to them.

I remember Stitt ending a collaborative project with the Library Company (that had been approved by her predecessor) to update the 1958 book on lithography by Nichols Biddle Wainwright. There even was a grant to get the project going, although more would have to be raised.

In retrospect, I imagine Stitt saw that kind of project (ultimately accomplished as Philadelphia On Stone) as part of the problem, not the solution.

Was it? Or was it collateral damage?

Austerity measures are really tricky! In a way I wonder if collateral damage is necessary to convince folks of the severity of the problem?

It makes me question the whole idea of having boards at all, when the expert in the field clearly has the better idea of what to do.

Boards are likely required by law and demanded by practice. But that doesn't mean there cannot be an overhaul of board function. What would board reform look like? How would it be implemented?

I'm also curious what kinds of executive power-sharing workflows have been tried; Stitt seems like actually a really good fit in this scenario, but there are horror stories of administrators being put in power above folks who know the material. What are some models of leadership teams that can distribute executive function (somewhat in the manner of the board, but professionalized) across several individuals?

It would be great to get a mix of young people, experts, and even people from the target audience on the board. As long as being on the board is tied to funding, however, I don't see that happening. On the other hand, a board that puts aside its ego, and listens to and trusts the experts it hires would help a lot.