Every Tuesday I am going to address one specific myth, urban legend, conspiracy theory or piece of pseudo-science. This time we take a closer look at something, which is not only highly detrimental to one’s health but marketed as a cure for, among others, cancer, HIV, autism and malaria: the Miracle Mineral Solution or MMS.

The Cure to Everything In some of my articles I hid subtle hints about my past: the time I had to live with my parents, my crazy, esoteric-loving mother and the weird stuff I had to endure during my childhood. Now, many years later, my parents are divorced (which I consider a good thing for my father, at least I started to speak with him again) and I was able to overcome the bullshit beliefs of my youth. But since I’m aware of the many children out there, who are probably enduring the same fucked up shit I experienced, I kind of feel the obligation to tell you guys another story about the dangers of esoteric, unscientific believes.

First, you all have to know, that we are in fact dumb and brainwashed sheeple. Big pharma is, contrary to popular belief, not interested in making as much profit as possible (this is the reason, why homeopathy is only produced by your friendly alchemist next door), but instead invests billions of dollars into research and development to get the permission to sell pills, which might help but can have serious side-effects as well. Otherwise big pharma would just sell easy to produce tinctures like the so-called Miracle Mineral Solution.
Believe it or not, this is THE final solution for literally most of the serious diseases mankind currently faces. It can cure cancer, HIV, malaria, influenza or autism(1)(2)(3). Whatever deadly illness may befall upon you – worry no more, salvation has arrived!
Just imagine this: if vaccines made your child autistic, you can now cure it just by using MMS! Amazing!
And please don’t question my expertise regarding final solutions: I’m a German.

Bleach The Cancer Away 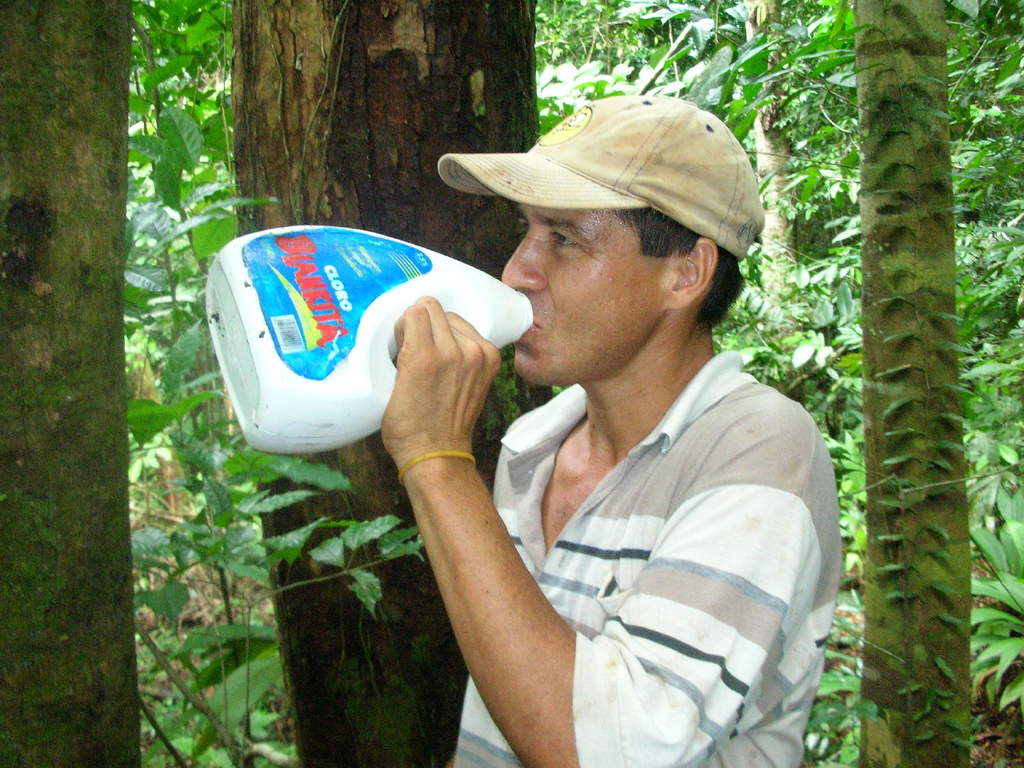 Ok. Enough of this. Or you may start to believe the dangerous nonsense I just wrote. The Miracle Mineral Solution can cure nothing, of course.
If you haven’t already clicked on one of the links above, I will provide you with a short explanation about what MMS actually is.
Miracle Mineral Solution is the consumer-friendly, marketing-orientated name for chlorine dioxide – a sort of industrial bleach(4), which is created by mixing sodium chlorite with an acid (e.g. citrus juice).
Imagine, you are suffering from cancer and some shady individual approaches you, opens his long, black coat, grabs a small bottle labelled “industrial bleach” and claims, this would cure your condition. Would you believe him? Hell, no.
More likely you would call the police, because of a strange guy selling dangerous stuff in the park.
Fun fact: sodium chlorite is a component which is used in the fracking process – so, next time you encounter someone promoting MMS, just ask them, if they are anti-fracking. If yes, just ask why they would drink anything involved in this process.
(I'm aware, this is no argument for anything.)

Well, since we are living in the age of the Internet and unreason, this industrial bleach just got re-framed as Miracle Mineral Solution and is sold not by a shady guy in a coat, but a friendly looking old man called Jim Humble (I can’t link an image due to copyright).
Although I must admit, there is a slight similarity with Hannibal Lecter, but what do I know? So, why do I have such a problem with this stuff? Well, besides the point, that my mother used it to treat me as a child (personally, I view this as child abuse, which should be sued and punished), it’s fucking dangerous.
There are two main issues with the usage of MMS.

Since Humble and his fellow quacks claim, that MMS is THE solution to almost every (deadly) disease, it is obvious to see, they’re preying on the weak and ill. Especially those people, who are beyond treatment are looking for every possibility which promises cure – no matter how absurd it may seem. This is absolutely understandable, and one shouldn’t judge them for their attempts. But we can and should judge those, who are selling the ill false promises and fake medicine, which will bring more harm eventually.
It is not only highly unethical, but straight out fraud combined with bodily harm.
Fraud? Exactly. Remember that MMS claims to cure malaria? The MMS-website provided a YouTube-video(5) as “proof” (we all know, YouTube-University is best university) and that the red cross would use MMS to treat and defeat malaria. Except, it didn’t(6). Quite the contrary. They made it clear, that at no point they ever claimed something like this and highly disregard any narrative which says so.

Ok, you will probably not die right after ingesting MMS (it can still happen, though(7), but be aware of it’s other side-effects. In a press release, the FDA already stated in 2010(8):

The product instructs consumers to mix the 28 percent sodium chlorite solution with an acid such as citrus juice. This mixture produces chlorine dioxide, a potent bleach used for stripping textiles and industrial water treatment. High oral doses of this bleach, such as those recommended in the labeling, can cause nausea, vomiting, diarrhea, and symptoms of severe dehydration.

Sounds quite nasty, right? Don’t let yourself be deceived by illustrious promises – the shinier they are, the more likelier they are going to harm you. 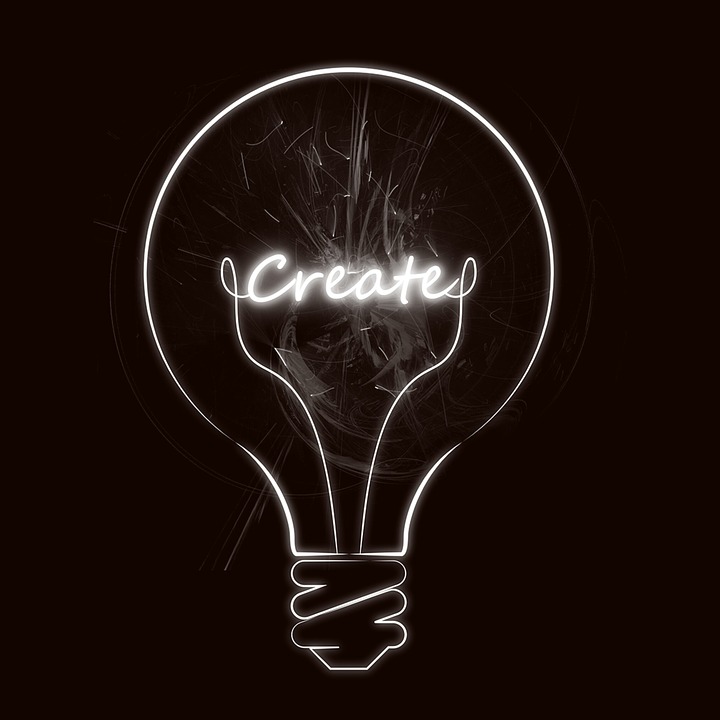 I’m always kind of amazed by sheer craziness people are willing to believe, as soon as someone promises them health and prosperity. I’m also fascinated by the reluctance of lawmakers to pass laws for appropriate punishment of these frauds. Currently, most of the legal cases against MMS promoters resulted only in financial convictions.
Quite often, if you deliberately hurt someone else, even in good faith, prison time is going to be the sentence. I don’t think, it’s wrong if people hurt themselves – everybody needs to have the liberty to do so. But I do believe, this liberty ends as soon as your actions are hurting other people. Promoting dangerous substances like MMS or even use them as a treatment for others should be considered a serious crime.

Irrational beliefs and fake medicines are causing serious harm, sometimes even death. That’s a fact. Some people asked me, why I have devoted myself to spend my spare time fighting these things. Why am I so passionate about science, reason and logic?
Because someone has to. That’s why. Look at Steemit, for example:
You have a lot of anti-vaxxers (I’d call them bio-terrorists), conspiracy nuts and fake medicine apologists here. The dangers, which these beliefs can cause are very well-documented. We need more people fighting for science, not less.
I refuse to give up, no matter how pointless it may seem. If my articles can convince a single person to re-evaluate what she may believe, I will have achieved a lot. This one person might talk to her friends and colleagues, probably convincing them as well.
Sometimes, all it needs is a small spark of reason to enlighten the darkness of pseudoscience.
I’m so poetical, I know.

Feel always free to discuss my ideas and share your own thoughts about the things I’m writing about. Nobody is omniscient and if we all walk away a bit smarter than before, we’ll have achieved a lot.
Thanks for reading and stay healthy.

Immagine CC0 Creative Commons, si ringrazia @mrazura per il logo ITASTEM.
CLICK HERE AND VOTE FOR DAVINCI.WITNESS
Keep in mind that for organizational reasons it’s necessary to use the “steemstem” and “davinci-times” tags to be voted again.
Greetings from @davinci.witness and the itaSTEM team.
$0.49
3 votes
Reply
[-]
scienceangel (70) 2 years ago

This is by far the most deviant, the most wicked invention of the most twisted mind that exists in this world!!!

And on the other side - people who actually believe this...

This is by far the most deviant, the most wicked invention of the most twisted mind that exists in this world!!!

And please don’t question my expertise regarding final solutions: I’m a German.

In fact, I learn more about existing myths by reading you, and I have fun with that! Thanks for this one ^^

In fact, I learn more about existing myths by reading you, and I have fun with that!

I completely agree with you!
This cannot be brought up often enough and people need to realize the brainwashing they're going through.

Fun fact: sodium chlorite is a component which is used in the fracking process – so, next time you encounter someone promoting MMS, just ask them, if they are anti-fracking. If yes, just ask why they would drink anything involved in this process.

Those things have nothing to do with each other. That's, and please excuse the comparison but it came immediately to mind, an "anti-vaxxer"-kind of argumenting...

Those things have nothing to do with each other. That's, and please excuse the comparison but it came immediately to mind, an "anti-vaxxer"-kind of argumenting.

No worries. I'm aware, that this is no argument for anything. I thought, the irony was clear in this one - I guess not :)
I will add an explanation.

Ups -.- Seems I am bad with irony... I would like to bring a "I am german" excuse, but that one does not really work with you... So I will blame it on reading your article at midnight :P

My apologies for the trouble.

Yeah. This should be considered a serious crime. It is really a bad thing to capitalize on people's fear and ignorance by selling them fake products.
Interesting post
Enjoyed reading every bit of this