This is a comment that I received on another blog in regards to @haejin.

What follows is what I believe the real danger of someone like him actually is. This also goes to what I have been saying about acting irresponsibly in regards to his following base. It is relatively well known by bloggers, or TA's that have a following that those that follow are going to make decisions based upon the advice given. Granted that is not the fault of the TA as each individual is responsible for their own actions. But it is the responsibility of the TA to make reasonable calls based upon the greater market trend and to not do so is extraordinarily irresponsible behavior that can lead many to ruin. I find it to be quite sad actually, and an event that I spoke of before as the inevitable result of just throwing predictions out their regardless of their potential impact on readers. Very sad indeed..

As TA myself, I have no problem saying "I don't know" at times, does that make me look like I don't have the answers from time to time? Sure.. but I would rather lean towards the cautious and simply say I have no idea, than potentially lead others down a path of ruin. Again, that is a responsibility that a TA should have towards his audience, he should be more concerned about their well being than collecting his steem upvotes, raping the pool or otherwise peddling his hype.

Again I just find it to be somewhat sad in the grand scheme of things..

While we have limited power here to interfere with him, I invite you all to head on over to Youtube and report his videos.. Don't just flag them but report them as providing unlicensed financial advice, damaging, spam etc. Enough reports and he will get strikes, enough strikes and his channel gets closed.

I think we all have a duty to do our best to stop irresponsible and potentially damaging behavior when we have the chance.

As TA myself, I have no problem saying "I don't know" at times, does that make me look like I don't have the answers from time to time? Sure.. but I would rather lean towards the cautious and simply say I have no idea, than potentially lead others down a path of ruin.

Unfortunately, this would mean he can't do his 10 posts a day because he couldn't analyze anything, ruining his millions of dollars a year he makes.

Thanks for fighting man.

Very true.. I"m not sure if the tides are turning against him here or not.. but a great many seem to be losing an awful lot thanks to his predictions..

Especially if they JUST put fiat in

He specially said turn your Fiat into some alt in mid January. That's just about the most retarded advice someone could give. Or the 8 different BTC charts in one day. Then the next day brag about a a near precise hit, like wtf if you draw every possible outcome over just a 24 hour span I hope you got it close

My Ultimate is Charging Some more evenhanded analysis i see.

Like using a broken watch to keep your daily schedule.

I agree with the analogy..

I have my moments.

@pawsdog, @hendrix22 has created a good video on @haejin.
https://steemit.com/steemit/@hendrix22/ghufbs6x

At least he seems to have been knocked off the trending page. His following won’t be increasing at the rate that it was at least.

Up until his next round of massive upvotes from rancho..

Actually, I hadn't looked at @haejin's account for a while. Looks like he's getting his upvotes again. How shit is that?

rancho again, his shill account or gay lover.. have not figured out which it is yet..

Hmmm I keep finding what appear to be shill accounts. Some of them are worth half a mil or more. It's all very confusing. But there's a lot of money sitting in many accounts that have made zero posts and no comments.

It looks like some circle jerk or his alt accounts. They all act in unison, it's pathetic.

I see that as well..

first of all we must use pure and right language 2nd we must have courage and patience for others opinion. Thats it @pawsdog

Thank you for your information, sometimes since we don't know then, we listen to who is telling us, and we need persons like you to tell us that they are wrong. 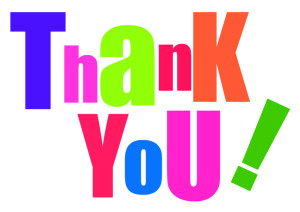 No problem, I just don't want anyone else to get hurt...