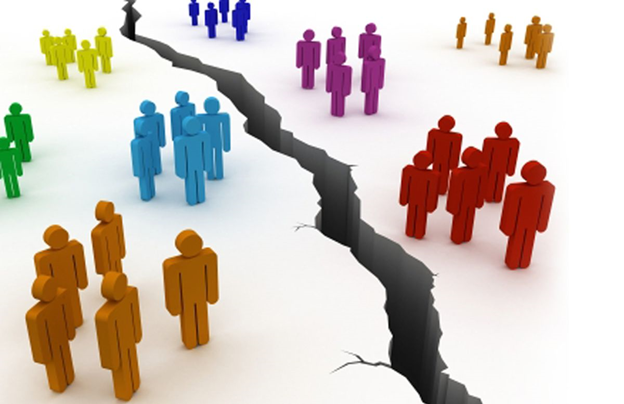 The other day I happened to see a snippet of Bill Maher’s “Real Time” show where he had Jordan Peterson on as a guest. I’ve heard of Jordan Peterson before but don’t really know much about it. In any case, the entire panel of guests with the exception of Jordan who considered himself to be an “outsider” were all left leaning and against President Trump. Towards the end of the snippet that I was watching there was a lot of negative talk about Trump and his supporters and Jordan asked the question of what they all thought was going to happen if they actually remove Trump. He was hinting at what the panel thought his support base may do if he is removed. Before this could get answered at any length the subject was changed but I thought it was something that should be considered.

In America we have become more polarized than I can remember in my lifetime. This seems to be mainly made up of the people who supported our previous president and then presidential hopeful Hillary Clinton. The other half of the people are the conservative group that mostly back Trump and have a conservative point of view. The two groups of people are at odds with each other and are going through a constant struggle for what is essentially control of the country.

This divide is clearly established here in America but isn’t limited to America. This left and right sort of divide is growing all over the world. There is this push going on where an anti-establishment candidate (Trump or “like Trump”) seem to be popping up all over with the hopes of bringing a change to their countries in a patriotic, nationalistic, conservative stance on the way to do it. The current establishments in all the countries where this is arising control all or most aspects of the government, media, and perceived public opinion but despite this the voices grow louder.

I don’t want to say that I am for or against any candidates in particular. However, I think that there are some things that people should consider about what we’re starting to see. The conservatives are fighting to “keep” your rights and are doing things to instill a sense of national pride. The left or liberals are fighting for you to “give them up” rights that they deem are unnecessary like borders, the right to defend yourself, etc., and all for your own good.

One of the things that Jordan Peterson mentioned while he was talking about the divide in America was that the liberals see the conservatives as “not too bright” and along the lines of when Hillary Clinton called the Trump voters a “basket of deplorables” but I think that there is a serious problem with this. If the liberals are so intelligent then I wonder why they don’t seem to care about the long term consequences of giving up their rights? We know that banning guns doesn’t lead to a lower murder rate but they want to convince people that it does. Not enforcing border controls will in no way have a positive effect on a country, it’s absurd.

Consider this, it is pretty much or close to a consensus on the left/among liberals to give up their right to defend themselves. In a world where 8 individuals own more than half of the entire world’s wealth would you want to give up that right? It is said that within 10 years the top 1% will own more than 2/3rds of the world’s wealth. Don’t you think it’s in these people’s best interest that you don’t have any ability to stop these people? They’re certainly not going to give up their armed security, that’s for sure!

I don’t agree with a lot of what Trump does, the tweets can be ridiculous sometimes but when every news outlet in the country is against him I think that you have to consider that this guy is doing something right. Why would every billionaire in the country want to remove him from office? Do you think that they are doing it to somehow benefit you? Would you think that the news media are out to give you the truth or are they looking to make money and promote an agenda to benefit themselves and their friends? Nothing is reported on or made available to you in the main stream news that they don’t want you to know. It is a point of view that they want you to adopt and it seems just sooo reasonable.

I generally like to keep my posts short and easy to read so I’ll stop here. In the words of Gerald Celente “ I consider myself a political atheist”. I’m not sure whether to make heads or tails of what Trump does sometimes but what I do know is that we have some very serious problems looming that are becoming more and more apparent. Across the globe we are seeing similar situations arising where the governments are making decisions that directly affect the people under the guise that they are doing these things to benefit everyone that are eventually going to lead to ruin. I hope that people become more aware of this…rant over.

Unity we stand but divided we fall!

We need to unite in order to achieve greater goals..

Draw a line just north of Richmond, VA across the country to just south of San Francisco, CA. Liberals above the line, conservatives below it. New border. Two nations, two Presidents. No more bickering. Each side runs their affairs as they please, just as the Roman Empire split. Problem solved

Unity we stand but divided we fall!

We need to unite in order to achieve greater goals..