Today I am showing off my TurboGrafx 16 and its portable equivalent called the TurboExpress. The Turbografx 16 was introduced in late 1987 In Japan and in 1989 in North America. It beat the other 16 bit systems by several years. However the 16 was a bit of misnomer as it actually had an 8-bit CPU, but a 16 bit video processor. It had good performance from its very capable 7.16Mhz Hudson Soft CPU. It has 8kB of working RAM and 64kB of video memory giving developers a much needed RAM boost over the market leading consoles of the time. The system had a much higher allowable resolution and a 9 bit color palette which made the games stand out from the NES. The Turbografx 16 also had the first CD-ROM drive for any console. I haven’t been able to get one yet, but when I do I will make sure to post about it. ☺ 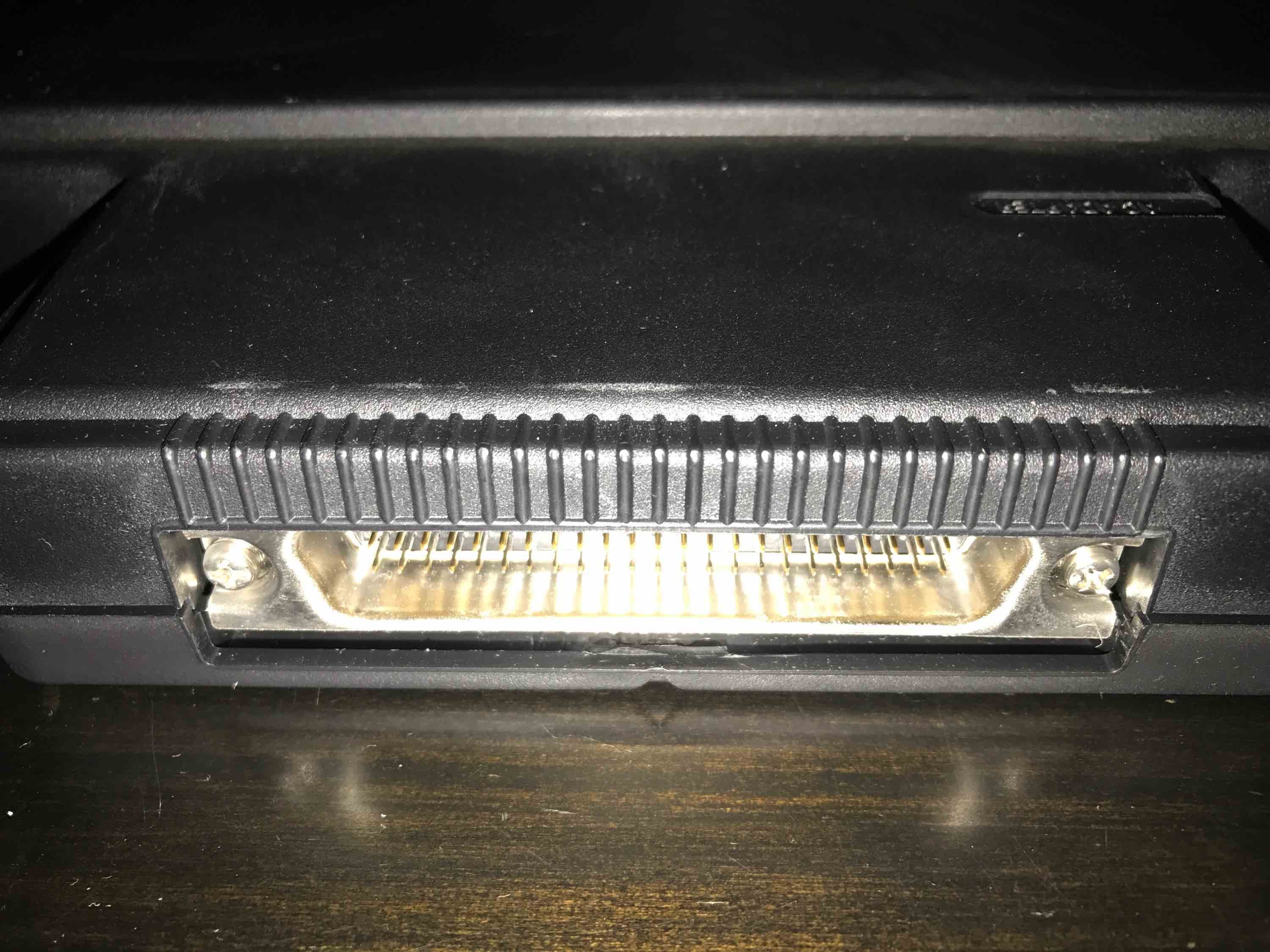 The Controller -- It has very nice turbo switches included. Not shown is its relatively short cable. The games came on a proprietary card called a HU-Card. They are roughly the size of a credit card, but slightly thicker. The HU-Cards despite their small size were capable of holding up to 20Mb games.

The TurboExpress hardware was released in December of 1990. It was a very advanced system at the time with a backlit TFT Active Matrix screen. It retailed at $249 when it was introduced which was quite expensive compared to other portables of the time. The screen was beautiful and very advanced for the time. I remember wishing for such a nice screen for my Gameboy. However that beautiful screen came at a cost in terms of battery life. 6AA batteries would only last about 3 hours. There are several flaws with the system: The audio circuit had some capacitors that would die quickly causing a drop in volume even in the audio jack. Mine suffers from this problem. A second flaw was the active matrix screens often had bad pixels. Mine has 1 bad pixel, fortunately it doesn’t affect gameplay dramatically. --TurboExpress back-- 6AA batteries and only 3 hours gameplay 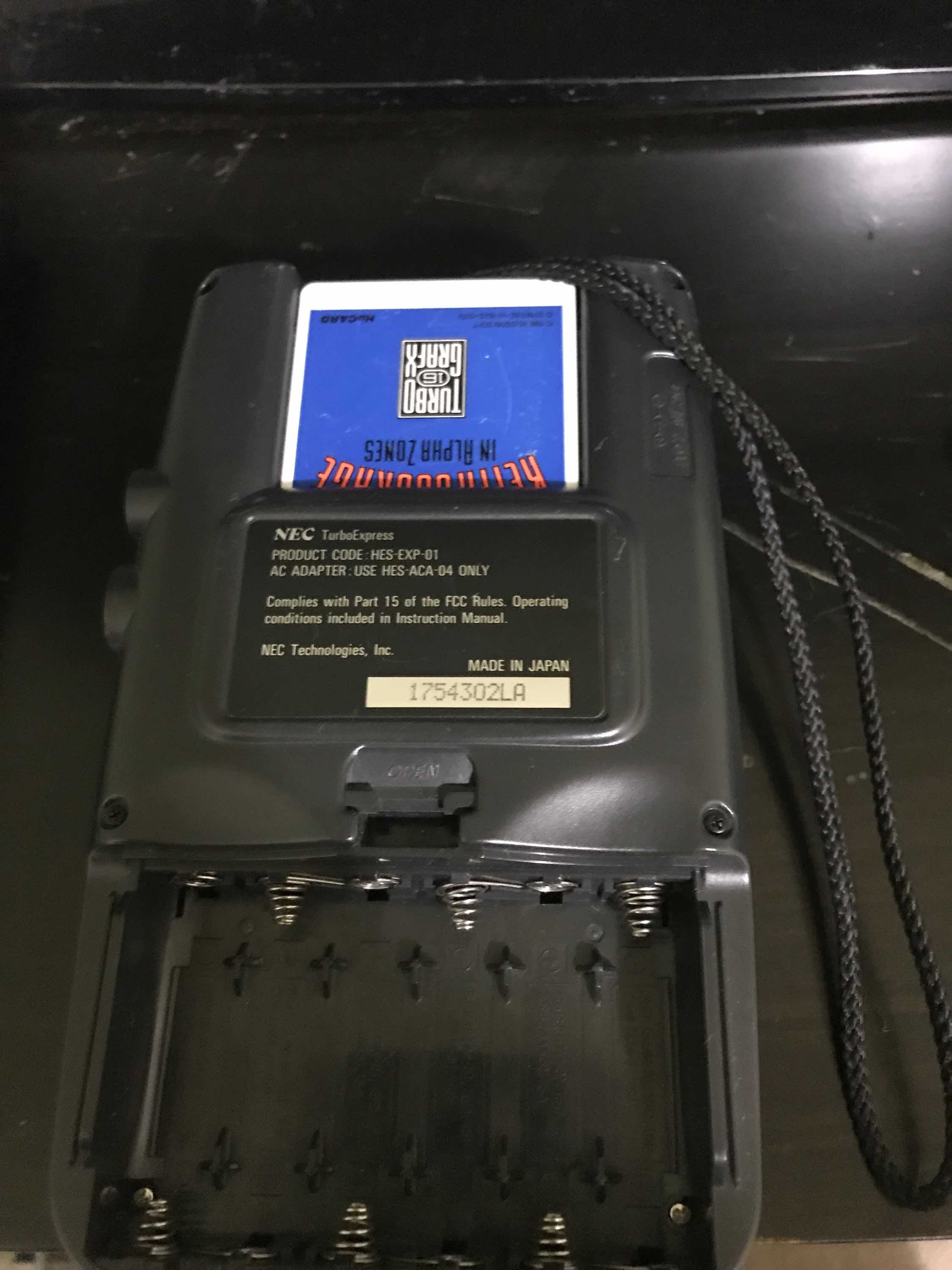 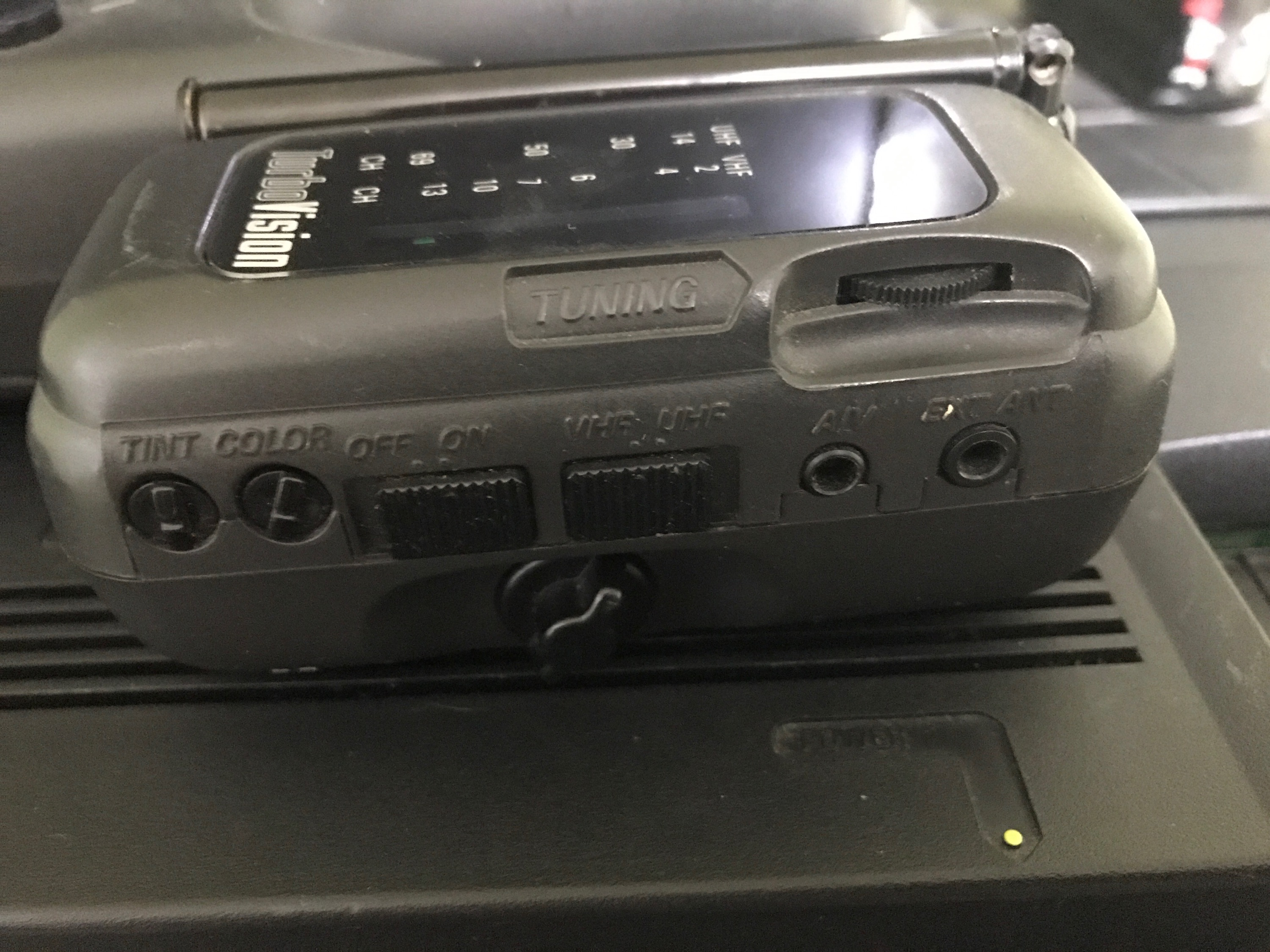 Tried to see if there were any straggler stations still broadcasting on either VHF/UHF. All I got was static. :( Because this post is already pretty long I will continue with the games for the Turbografx 16/Turboexpress in the next part.

If you missed the first part from my video game collection here it is:

I still have my TG16 from the early 90's, though I sadly decided to sell off all my games long before this became an expensive system to collect for.

Its crazy to see the TurboExpress now and realize this is essentially a precursor to the Nintendo Switch, though separated into two different systems. I always wanted one, but they're just too expensive these days. I'd love a TurboDuo too, but it too has become prohibitively expensive.

The Sega Nomad was a similar idea too, allowing you to carry around your genesis in a handheld. I bought my turboexpress back in the early 2000's before it got too expensive. I kind of want to get an Atari Lynx as well, because it isn't too expensive on eBay right now.

The turbo duo would be awesome to get ahold of. If I do I will make sure to post about it.

I had one of these

They are a lot of fun! This system had some pretty good games for it.

I remember this bad boy! I was heartbroken when I had to part with it. Thank the maker for emulators!

I don't even know what happened to all of my old video game stuff. I'm sure my mom pitched it in the garbage as soon as I left the house. I have been collecting the systems I had when I was a kid and some I didn't. This was one I always wanted when I was younger, but never got around to getting. I am certainly glad for the emulators as well. :) My favorite feature of most emulators is the save state feature, so you can save before a particularly tough part.

For sure! Or for those loooooong RPGs that had questionable save point locations.
I actually had one of the Neo Geo home consoles when I was about 14 or so. That thing got a lot of use.

Yeah! I agree. I am going to see if I can get the RCA cable for the AV in port and see if I can play a modernish video game system through the turboexpress screen. I think that would be a fun project.