Consequences - Shipwreck Writing Challenge, Round One 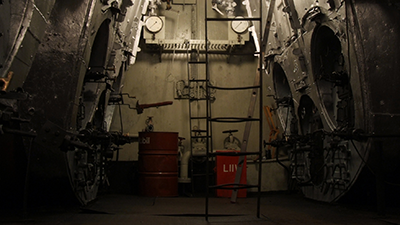 Down here in the dark, nestled alone among the pipes and rusty bulkheads is where I belong. This is what they've made me. The unbidden thought came as I affixed the last of my treasures to the rusty starboard bulkhead of the engine room. I pushed the thought back into the recesses of my mind where it would find company with the rest of my father's voice. There was no room left for loathing, much less the few doubts that now kept such thoughts company. Time for doubt had long since passed. The squealing of the hinges sang with exultant finality as I closed that door for the last time.

My arm extended into the recess before me, and the fingers of what seemed like another person's hand flipped the toggle. A satisfying dull red glow akin to the last vestiges of the setting sun illuminated the alcove. Lifting my head back above the deck plate I had removed, I checked to make sure the glow was out of the line of sight for any crew that happened along. Confident that the last of my treasures would not be seen I replaced the deck plate and gathered up the now empty satchel. It was time to meet my 'friends' for the party they weren't expecting. “Cheers, Earnest! Happy birthday, old man!” Tommy and Lance's nearly empty glasses extended towards me for what seemed like the twentieth time. They should have known better. Now, they feel like I should be included? After all this time, they decide that a toast in my honor is due? Twenty of them? When Tommy first called with the invitation for this absurd birthday cruise I had thought he was once again being the practical joker. After all, they had left me behind 25 years ago as they careened towards success, my inner struggles unacknowledged. Why call me? To gloat and rub their success in my face.

Their smug smiles and comfortable, relaxed postures mocked me. It came so instinctively to them, this ease among peers and strangers alike. What must that be like, to live a life full of respect, inclusion, and confidence? I would never know, now; I had never known.

“Come on, Earnest,” Tommy chided with a clap on my shoulder. “Smile, buddy! You're surrounded by pretty hot young things all day, wearing tiny little bikinis while they warm their skin up in the sun just for you. How many of them do you suppose are single? I bet you Stacy over there would just love to give you a special birthday present with those perfect little titties. You're being the same old pathetic Earnest, wearing that stupid 'woe is me' look.”

My mind scratched frantically at the walls of the fake smile I put on my face, cursing Tommy for his arrogance, ignorance, and chauvinism. The high five he shared with Lance was only icing on the cake.

Stacy was the first girl to have noticed me in recent memory. Granted, we had only spent five minutes talking in the gift shop. She wouldn't even remember my name now. Those deep blue eyes had been on the verge of changing my mind. Five fleeting minutes could have become more and changed her fate, had Tommy and Lance not come in. “Way to go, Earnest, my man! Wasting no time, I see. So, babe, you gonna give Earnest here his birthday treat tonight?”

It was almost time. Most of the bar had cleared out, the majority of the passengers grunting together in the sweaty darkness of their cabins or passed out from overuse of the buffet and open bar. I decided there was time for one last round as the lounge lizard droned on about bright lights and the big city. Getting up off the stool was a surprise. The steady roll of the ship combined with the beer numbing my head made staying upright a challenge.

The satisfying weight of the transmitter in my pocket tapped against my thigh in time with each step as I weaved to the bar. Soon that weight would have its moment of value. Even my tool of retribution would ultimately have more value than me. At least it would know the pleasure of usefulness.

'Stan the Man,' as Lance had dubbed him, filled our glasses one last time. I dug into my pockets and produced every last bill and coin as a tip. A couple hundred dollars that would never have use anyway. Stan's bright teeth brought to mind the image of a shark. Things like this probably happened to him often; over-drunk passengers paying tribute to their priest.

Moss Hills started up with another round of Sinatra. It was a perfect song choice to end with.

I made my best grin as I handed out the drinks. “Thanks for the opportunity, guys. You'll never know how much this has meant to me.” The chime of our glasses meeting came in perfect harmony with the click of the toggle switch in my pocket and the lyrics of the song: “...oh the shark, babe, has such teeth, dear...” Music ground to a sudden stop as the deck rumbled beneath our feet. 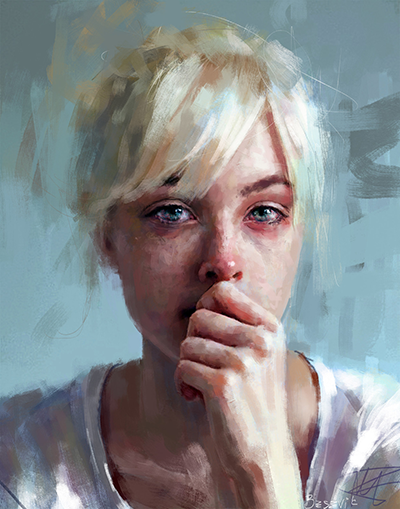 Photo Source
The ship started to list, and a satisfying expression of alarm spread across the betrayers' faces as they realized something had intruded upon their gloating. I calmly took the the last sip of my beer.

Grasping fingers felt desperate upon my wrist as they bunched up my coat sleeve. Glancing down I noticed the glittering gold fingernails from the gift shop. Up the milky white skin my eyes traveled, to meet her gaze.

“Earnest, oh my God! What's going on? What should we do?”

Startled that she would turn to me for help, I blurted, “Wait, you...” Then it hit me. “You remember my name?”

The first real smile of my life tumbled into the horror of those deep blue eyes.

Huge thanks to @steemfluencer for putting this together, and all the great people at The Writer's Block for helping me continuously improve my writing.

I know you haven't had any time to focus on writing in the last couple of decades, but it doesn't show in your writing. You managed to capture so much tension and suspense in a short story and really brought these characters to life. What a horribly wonderful story. <3 I love it!

A sleeping talent was awakened!!!

I was literally blown away! Let's wait for the rate from the jury as well, but no matter what I will print this and show it to my wife.