Billy never liked Stuart. There was something about that boy that simply wasn’t right. Maybe it was the fact that Stuart was always smiling. Even when his adults sent him to go upstairs to sleep, or when he had to finish his broccoli. That grin kept showing on his face. That couldn’t be right. Smiling like that, all the time. It had to be unnatural. Maybe it was his stupid hat? Billy wondered if it was something all humans had to go through when they were guarded by their parents. He was pretty sure he would never meet a cat with such a persistent smile. 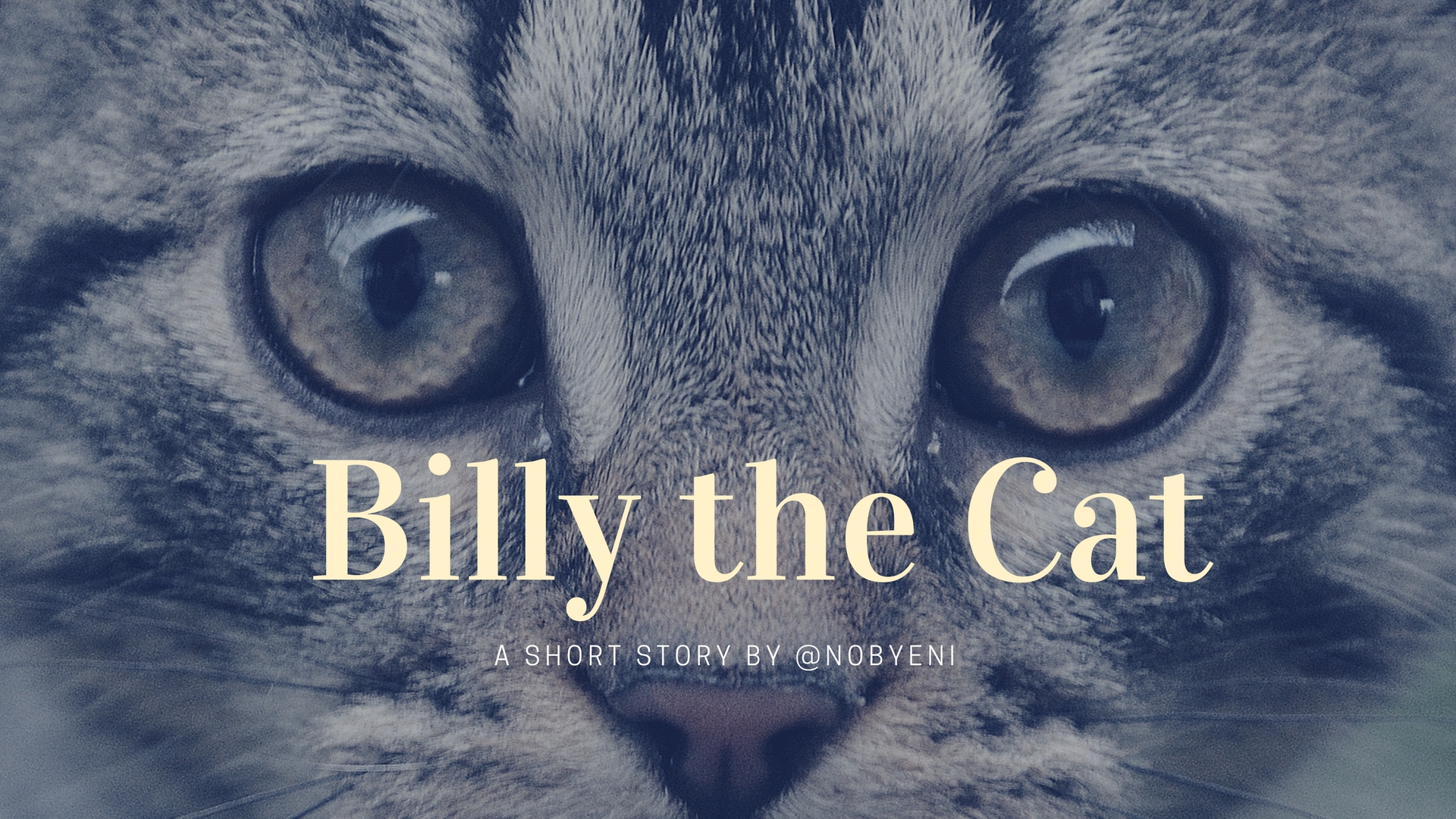 Billy didn’t know very many humans. Just Stuart and the two adults who gave him food every day. Perhaps it wasn’t something human at all. Maybe there really was something wrong with Stuart.

Who was that, poking him? Billy opened one of his eyes and saw it was Stuart. Of course. Pinching him behind his ears. Again. “I want to go to the end of the world and back!” Stuart shouted as if Billy wasn’t right there, as if he wanted to be heard at the end of the world. Billy hissed, as Stuart should know by now that pinching Billy wouldn’t make him wake up any faster.

Billy didn’t get humans. Obviously, they didn’t really know how big the world actually was. Because otherwise they would know that it’s pretty much impossible to go all that way. Especially for someone like Stuart, who was just small enough to still fit on Billy’s back.

“Do you actually know where the end of the world is?” Billy looked at the human and wondered if Stuart had enough brains to understand what he was saying. Probably not. Finding a human smart enough to be able to communicate with was rare.

Billy sighed and got up to his paws. Sleep was out of the question now that Stuart had decided Billy was to be his toy. It would probably be hours before Billy got some more rest. Billy yawned and stretched. He might as well make the best of it.

He sat down in front of Stuart and let the tiny human pet his fur. So far so good. At least the pinching had stopped. Billy curled himself around Stuart’s feet.

Something hurt his neck. What was it? Billy looked behind him but couldn’t see anything. It wasn’t Stuart. And then Billy saw what Stuart had in his hand. A watch. Where did Stuart get that? Billy reached for his neck and then understood what was happening. Stuart had given Billy a watch to carry his own time. Great. Now he would never be able to sneak up on birds to scare them off. And he could forget about spying on the cat next door that was always trying to find a way to come into Billy’s garden.

“Thanks, Stuart. Really nice. You know what? Today is a special day. You can get on my back. And I’ll take you somewhere very special.” Billy lay down on the ground in front of Stuart. He swished his tail back and forth. Hopefully Stuart would understand.

“Yes Billy? We go? To the end of the world!” Stuart jumped on Billy’s back with a thud.

Billy clenched his teeth to muffle a scream. He knew now what he had to do. And even though Stuart was almost too heavy to carry, Billy found himself smiling. “Let’s go, Stuart. I’ll show you the end of the world. And then we’ll see who has the biggest smile!”

This story is written especially for @Gmuxx's art writing prompt contest.
The prompt is the picture provided by @azbeen. With thanks to
@thewritersblock community for their support with editing.
#thewritersblock #shortstory #art #cats
2 years ago in #fiction by nobyeni (59)
$1.74
16 votes
Reply 13
Sort:
[-]
steemfluencer (53) 2 years ago

Billy and Stuard - nice choice for the names. Mine are Toby and Roby :D The story is intriguing, I think you've put a lot of efforts on polishing your descriptions.

“Do you actually know where the end of the world is?”

The best sentence in the whole story.

And, do you know?
Doesn't want to know, actually

Wise people say there is no end and I believe them.

I like the reversal of who is smart, in this one. Nicely done.

You write intriguing fantasy, Noby, for someone who doesn't like it, haha.

I guess... is this fantasy? I should probably update my list of internalised definitions, so I stop cringing whenever I see something labeled as 'fantasy'.

There's a whole world of fantasy out there, haha. I know what you mean, though. The Tolkein over-descriptive writing that a lot of fantasy incorporates.

Cats sleep 16 to 18 hours per day. When cats are asleep, they are still alert to incoming stimuli. If you poke the tail of a sleeping cat, it will respond accordingly.

I think my cat is broken then. He doesn't respond to anything except the smell of food. Some more cat facts?

Cats, just like people, are subject to asthma. Dust, smoke, and other forms of air pullution in your cat's environment can be troublesome sources of irritation.

Gah, such a cute story. And a nice change from some of the darker ones, haha. I like Billy :)