Ever wonder what it would be like to disappear into your fantasy and not have to return? Video games are like that, online role play games even more. It can be more powerful than any drug, and far more seductive. But what happens when the power goes out and the person is forced to face reality? -- Anon Guest

The achievements, in-game or in-mind, are measurable. Not like the ones you get in a cubicle or by restocking shelves. In reality, the reward for a job done is another job. It doesn't matter if it is done well or done half-assed. There are no rewards for caring in the real world. There's only the threat of unemployment and ruin. Is it any wonder, when faced with an atmosphere of pain and misery, that people retreat through a window into places where things like that do not exist. Those in charge of distributing the misery resent any kind of escape. They want them gone.

They were nerds. They knew things. Some had power for those who literally needed electricity to live. Some had survival tips from the days before the modern era. Some had improvisations that would work with extant materials.

Most important, for those whiling away the hours until the power returned, they had another window.

This is a box. This is a window. Open it and turn it into another reality with the power of words. Enter a world where anyone can be a hero, regardless of their origins. This window does not depend on much more technology than literacy, numeracy, and imagination. This window is called Roleplaying Games.

The funny thing about such games. They teach a very dangerous lesson - that the powers of evil can be defeated by teamwork.

This new escape will be called... revolution...

This post was shared in the Curation Collective Discord community for curators, and upvoted and resteemed by the @c-squared community account.
If you are a community leader and/or contest organizer, please join the Discord and let us know you if you would like to promote the posting of your community or contest.
@c-squared runs a community witness. Please consider using one of your witness votes on us here
$0.07
2 votes
Reply
[-]
pibara (60) last year 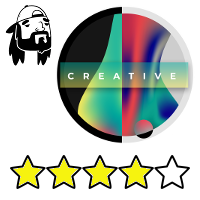 Hopefully not of the bloody kind 😳

While I would like my revolutions to include singing and dancing... some despots will not listen even when they're strapped into the guillotine.