foragingquietude (47)in #fiction • 2 years ago 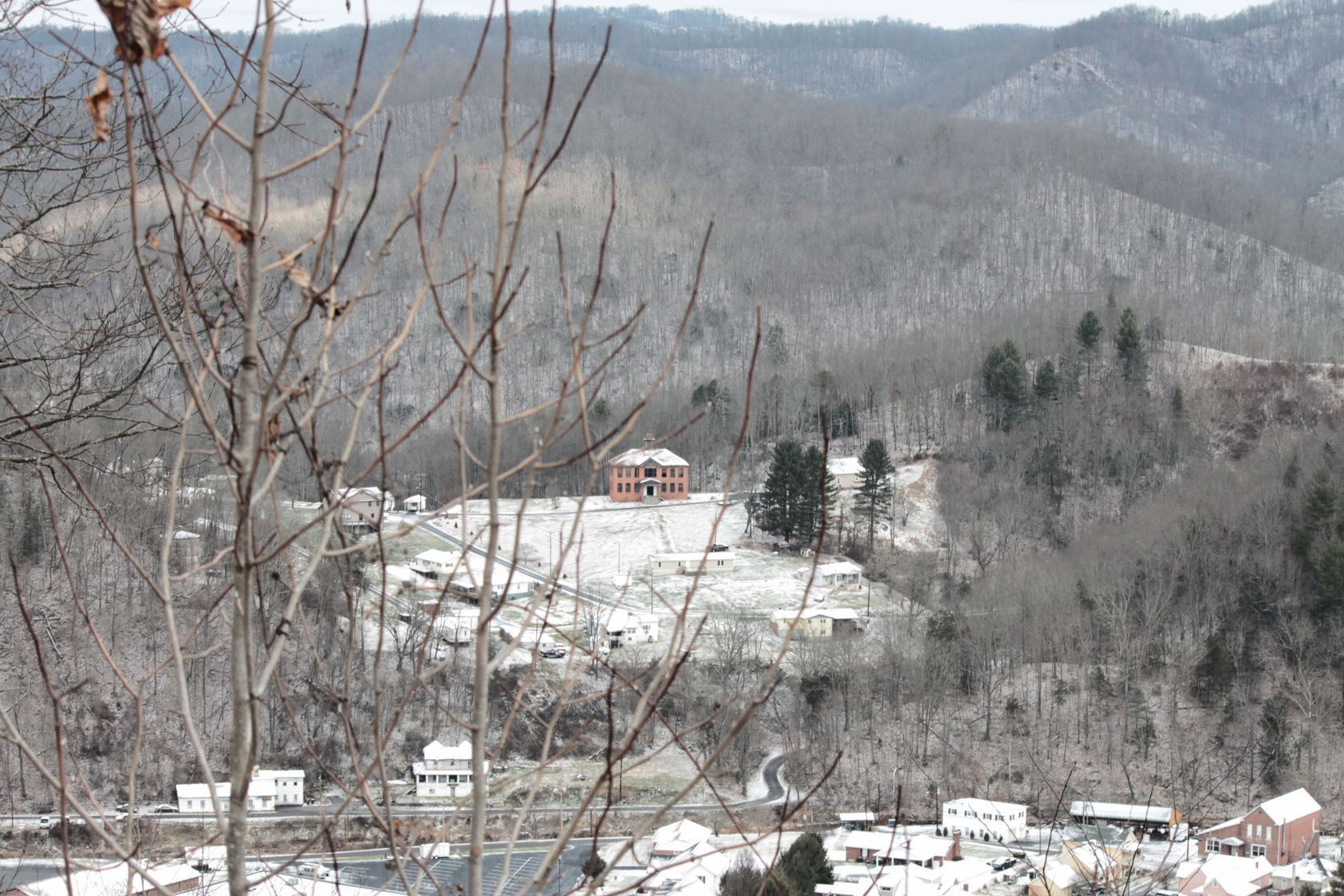 “Not now! Not now!” he says as the gas deprived car comes to a halt on the side of the winding gravel road. Rain pummels the windshield as he searches in the pitch black for his phone. He finds it in the floorboard by his feet. “Come on.” The screen lights up and he winces at how bright it is. Squinting to see, his hands drop to his sides and the phone drops back to the floor.

He tilts his head against the headrest and stares at the smooth, grey cloth on the roof. His options are dwindling so he looks out the window for any passersby, houses, cars - anything. He notices a flashing light. When his eyes adjust, he can see a building that is too big to be a house, but too remote to be anything else.

He opens the door of his car and rushes towards the building. The cold water goes over the ankles of his shoes as he runs through the puddles. The water squishy between his toes, but he cares little about it. He gets closer and notices the light isn't flashing. Instead the tree limbs dangling in the stormy wind, block the view of the light at times.

His hand knocks quickly on the door. The red brick exterior looks brand new and flawless. He can see movement inside through the side light just before the door opens and he is greeted by a man in a tuxedo.

“Welcome to the Hillside Hotel,” the man says as he towers over him. His features are subtle and the hair on his head is thinning.

He steps inside to a large lobby. A fancy chandelier hangs from the ceiling with twenty brass arms reaching out in scroll like forms and hundreds of crystal prisms twinkling in the light. Elaborate cherry wood paneling adorns the walls and there is a fountain standing in the middle of a koi pond. Marble tile leads the way to the reception counter where another man stands waiting with a warm smile.

“Good evening sir. Do you have a reservation with us?”

“I don't. My car broke down just outside and I need to borrow a phone,” he says, as water drips from his hair, falling on his clothes and to the floor.

“Ah. Unfortunately the storm has knocked out the phone lines. We have a room ready and available if you would like to wait it out. Maybe you can reach someone in the morning.”

“Let's see… ah yes. Turns out we have a reservation for you right here. Gerald will show you to your room.”

“A reservation? I don't understand.”

“Gerald will show you to your room Mr. Brash.” He points towards Gerald and the stairs.

Gerald leads Peter up the flight of stairs to the second floor and unlocks the room with an old-fashioned skeleton key with a round handle and three pronged teeth at the other end. The door creaks open and Peter looks both ways down the hall before entering. The room is a decent size, larger than the average hotel room. The furnishings are grand and the decor is elaborate. Vines climb up the four poster bed to oversized finials at the top. The marble topped dresser bulges at the top and curves to a more dainty size at its base.

Peter takes a seat at the end of the bed. His attention turns to the TV as he scans the room looking for the remote. He is anxious to see what the local news is talking about. As he flips through the channels, the screen flickers, the picture going in and out. Then the screen settles and a montage of scenes take over.

Personal pictures and videos flash across the screen. Most are of his wife, Maggie, the woman he was destined to spend the rest of his life with. “How did they get these?” Fury began to rise in him, bringing him to his feet. The video quickly changes to show him at his home this morning. The anger in him lowers as he helplessly looks at the video. He sits back down on the bed and sees himself sitting at the kitchen table in their quaint house, reading the paper and sipping his coffee. She sits across from him, her glasses on the tip of her nose as she reads the pages he is done with. An argument starts between the two. He wants to look away from the screen and run, but his feet don’t move and neither do his eyes. On the screen, he leaves the room and returns moments later with an object in his hand. Maggie’s eyes go big and she jumps up from the table putting her arms outstretched in the front of her as she pleads. Peter raises his arm and the screen falls black momentarily before starting over with them sitting at the table. Tears fill his eyes and his mouth turns mournful.

Gripping his ears to fight against the sound, he starts rocking back and forth. “Stop it! I'm so sorry. Stop it!” He gets up and runs to the door, clawing at the knob with both hands, but it won't turn. With his palms flat against the door, he looks it over. There is no lock on the inside, no hinges either. He runs to the curtains on the opposite wall and pulls them with such force they come tumbling down. The cold gray surface of concrete is all he sees. He reaches hastily for the TV remote, but the TV won't turn off. He clenches his ears again as he falls to the floor on his knees.

After a few moments he rises, throwing whatever he can at the screen, but it is no match for the TV as it continues to play. Its screen, like rubber, as the items ricochet. A porcelain table lamp shatters, sending shards in all directions, cutting him above the eye. As the blood flows down his face, he throws something else, only this time as he throws it, he loses his balance falling sideways into the heap of curtains on the floor. He lays on his side and murmurs in sobs, over and over, “I’m so sorry.”

Just outside the hotel, police have found his car. They step onto the porch of an old, decrepit hotel. Its roof is nearly caving in, the porch columns have rotted out at the bottom and the front door hangs off one of its hinges. Using the barrel of his drawn weapon, the officer pushes the door open, carefully scanning the inside. As he moves room to room, searching for Peter, he clears the downstairs area. He moves up the stairs, which are missing railings and riser boards. Each step tested for sturdiness before the other foot fully leaves the ground.

He makes it to the top and follows the sound of someone whimpering. Inside of a red walled room, with the door cracked open a foot, he sees Peter laying on the floor. He does not look up, as the officer pushes the door open further. He just sits shaking and distraught, on a pile of dusty draperies, murmuring over and over, “I’m so sorry.”

This is my entry for the Art Prompt Writing Contest hosted by @gmuxx. You can find out more information here.