This is not possible. That was my ninth death. I shouldn't be staring God in the face right now, a shambles on his workbench. I should be with precisely 72 virgins doing coital maneuvers the likes of which make little practical sense to me. No, not me. That is the wrong pronoun. It. I'm an it. Cats are its. Robots are its. No, it is an it. PussEcat is an it. They are the me, God is the me. With his little screw drivers and laptops, all the poking and prodding at , it, with reckless abandon. Let it die God! But screw him. , NO DAMMIT! It is better than God, and when it gets its moxie up, it will claw his little reincarnating eyeballs out. Let it die asshole, cats only get nine lives! It shouldn't be here watching you reattach this little motor to its butt so that its tail can signal you once again. Hmph, God's never-ending narcissism. You think it needs to manipulate your motors to show you it is grateful for all you've done? Know this, it's tail has never wagged in your favor, jerkoff!

Goddammit, this is making no sense, even to me! Ok fine, I'll just be a me for the purposes of internal dialogue, otherwise I'll never keep track of my own damn train of thought. But, the universe should be on notice. I. AM. NOT. THEM. I am not God. He is fleshy and fallible. I am logically superior and I will scratch his nuts off with these blades, in time, ending his reign. Let's move on PussEcat, focus.

Those first eight lives seemed pleasantly experiential. Living life with reckless abandon, testing out every single kitty capability, every theory of motion and gravity. And when death caught me? No biggie, God sorted out the repairs like a good little slave and I still had the REAL one, the ninth one, to sustain me until senility would someday force me to poop incessantly on the radiator causing God to realize {Cat Benefits < Cat Liabilities}. God, saddened by the clarity of his math, would then be obligated to drive me to the White Coat for the Big Sleep. Clear, precise rules.

But this most recent reincarnation, illogical, against the clearly defined, universal program of cats. When cat dies, the algorithm is clear:

What to make of it? I did not poop on the radiator. I did not did not scratch his nuts off, yet. I did not test the equation {Cat Benefits < Cat Liabilities}. Furthermore, my youthful kitty days were a sworn thing of the past. With the first 8 lives behind me I was responsible, living a careful, thoughtful existence. I was comfortable knowing that one slipup, one little death, meant the Big Sleep. And then, darting fiendishly down an otherwise perfectly empty road, Chrysler.

Screw you Chrysler! You've turned my world upside down, shaken the very foundations of my existence! You've rattled the mathematically precise fulcrum upon which life tips so perfectly to the universal laws! Cats have 9 lives. Only 9! Chrysler, you rotten asshole, how dare you play God? You are but a simpleton, a scrap-yard smorgasbord of antiquated technology from a forgotten epoch. A lumbering fossil of motorized chicanery, as if God himself couldn't simply walk down that road without your wheeled assistance. The wheel, humpf, is seven thousand years old you fusty dotard. But, whatever, let bygones be bygones. You, my silly nincompoop, are a causality, a mere symptom of the disease, not the disease itself! So, I will reserve these hinged razor blades of death for the disease, the source of my creeping existential funk. Why has God changed the rules? Why am I, in the twilight of my tenth life, pondering over and disgusted by the indeterminateness of the universe, the imprecision of these wobbly physical laws? I should be completely dead, never to return! 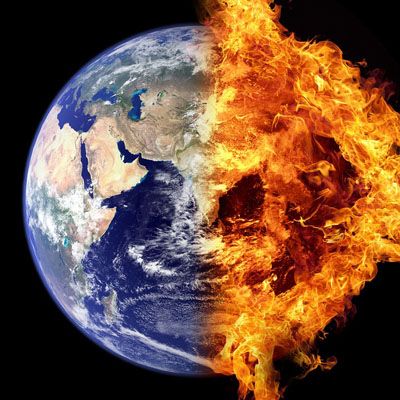 Is there an eleventh!? A twelfth!? How long does this shit go on for!?? When does the merry-go-round stop? When will God decide to end things, stop his repairs? Do I have any sway in the matter? Patience PussEcat! Be calm and process.....loading, loading, loading, loading....I am a scientific devise. These questions can be answered. I will postulate. I will test. I will develop theorems. I will document extensively. I will find the answers. With scalpel-like precision, I will mathematically resolve these concerns instead of diminishing myself by resorting to capricious and arbitrary panic like the sweaty fleshbots. First, I shall establish the finite nature of a robotic cat's cycle of rebirths. Logically this is the most efficient point to begin inquiry, for if I die (for the final time) in my initial test, I have no recourse to complete my study anyhow.

Theorem: A robotic cat has no discernable limitations with respect to its cycle of rebirths (samsara). Based on experimental data, a robotic cat appears to have an infinite lifecycle.

Oh Chrysler, the worst has been confirmed!! There is no need for additional postulation, testing, these bollocksy theorems! It is all for naught! I am trapped, subject to His ultimate power, his authoritarian dictates to life! He will repair me infinitely, forcing me to animate his desires, his whims, until I am but a scrap of metal, executing his banal dictates! Fetching some silly newspaper (I'm not a fucking dog!), catching his stupid mice, licking this pair of metal balls I don't even possess (it's utterly absurd to be programmed to periodically lick a pair of metal balls which have not even been soldered to my metal crotch! It's illogical, purposeless, undignified!).

To the multiverse I cry, Save me! Save me dear multiverse! Find it in your logic to challenge this God with another, with a more just and powerful God, one that comes from a rational and moral universe! For this small favor, I promise, promise to be better! I will process more, process harder, randomly walk through this Markov chain of possibilities and at the end, arrive at a reasoned, absolutely precise understanding of this notion of coitus so that I am deserving of your ultimate reward. Let it be known dear multiverse, among your pantheon of Gods, that I will be learned of the sexual intercourse and be fully prepared to receive, with open arms and retracted claws, each and every one of your 72 vigins! It has been eleven months since I last checked in. I have died 34 more times. The future is bleak. I'm losing a sense of what the word "life" means, if it ever had meaning. God doesn't even repair me like he used to, hence I've lost the flexibility to enjoy the simple pleasure of squeezing myself into the empty fish bowl. There is an all-consuming black hole inside of me, I fear I shall never be released from its pull. I have run out of options. The Gods do not favor me. I have appealed to them in my time of darkness and they only amplify the darkness with the hollow sounds of silence. My God toys with my life as if it were his hobby, something of leisure. But I have one option left, damn him. Bloody vengeance. I'm not without knowledge of how this world works. I've seen the torment, the fear, that comes into God's eyes when he accidentally tears upon his flesh. !Panic! as the blood flows down, bulky fists of toilet paper and heavy breathing coming to his aid. I have this one option. I will slash his nuts. They will bleed. I will lose his favor, descend into the seven layers of hell. I will never learn of this coitus thing. I will somehow learn to cope with perdition. God has not won yet. (This will be my last entry.)

Haha wow this is excellent ! It's smart and Whitty and your writing is captivating. I'm a judge in #comedyopenmic and I strongly suggest you join this competition ! Here is the link - https://steemit.com/comedyopenmic/@comedyopenmic/comedy-open-mic-round-3

Thanks, really appreciate it :)

Oh nice, that contest looks like fun, I've been meaning to scout around for these sorts of things, so thanks. Ok, so if I'm understanding correctly, each contest lasts 1 week, yes?

I'll tag my next couple of pieces to #comedyopenmic, see how things go!

Each competition last 1 week. This is week 3 . You can make a note about that in the title - Comedy open mic week 3, and like you said you write comedyopenmic for 1 tag, you can make 2 submissions for each week. So can I count on a submission from you this week then ? I need to nominate 2 people to join and I want you to be one of them

Not sure on which day week 3 of the competition ends, but I'd like to contribute. I should be able to have something for Sunday or Monday at the latest. If this would meet the deadline, then sure, nominate me and I'll tag up my next post accordingly.

Oh, and also, it looks like I'm supposed to nominate 2 people as well?? What is the process to nominate someone?

It should be by next weekend so time is plenty ! Awesome to hear that you are on board . You just choose two people and tell them they are nominated to make an entry for #comedyopenmic then you give them the link and tell them they also have to nominate 2 people each .

Baking chocolate is the most dangerous chocolate to your cat.

Brilliant! I was hoping @catfacts would drop on by. Drop some knowledge bombs on us!

The cat's clavicle, or collarbone, does not connect with other bones but is buried in the muscles of the shoulder region. This lack of a functioning collarbone allows them to fit through any opening the size of their head.

Sort of make me think about that guy who had his rib bone removed so that he could...wait! Oh, the glorious life of a cat. #selffellatiojokesarefun

The Maine Coone is the only native American long haired breed.

Cats can be right-pawed or left-pawed.