It pains me to write to your advice column, but I've reached my wit's end. I've pursued modern scientific channels (child psychologist, neurologist, endocrinologist), alternative channels (Reiki, astrology, homeopathy), even dabbled in the esoteric (Haitian Vodou and several consultations with a Malaysian bomoh) though my problem persists. Now, I turn to you, the disembodied voice for the distraught, the sage behind the electronic pen. Please understand, I don't place high expectations upon you (and this is NOT a critique of your abilities!), I'm realistic considering my journey thus far. I am hopeful that your angle, your approach to advice, may provide a new way of seeing my predicament. Maybe it will illuminate a new path? In a million years, I never expected to be at such a desperate point in my life. Please help.

My son is an absolute asshole. It's not that he's inherently evil (he's not malicious or physically injurious to people) or psychopathic (confirmed by three psychologists), and to be clear, he's far from intellectually incapacitated. He's exceptionally cognizant of the disarray he's causing. He's just, well, an asshole. I hate to be juvenile with my description, but after countless discussions with my wife, "asshole" is the most encompassing term to describe his behavior. And when I say "asshole" I don't mean it in the context of say a friend who periodically gets drunk and causes a scene only to apologize when sober. No, my son is the type of asshole that intentionally, joyously causes problems. He never owns up to them. He manifests this oddly engaging combination of defensiveness and playfulness when confronted. He never sincerely apologizes, instead he uses a strangely endearing emotional sabotage to reassert his dominance when he's at fault. He wins you back onto his side just before he pulls his next dick move. He's extremely calculative. Manipulative, but in a magnetic, generous way (if that even makes sense). My relationship with my wife is strained. My extended family is just brutally honest with us, say they're not comfortable being around Charles (my son). Our neighbors and friends are keeping their distance (Charles' eavesdropping has sabotaged all of our relationships). Even my coworkers (yes, even they've been caught up in this mess!) have formally complained to HR requesting Charles not be allowed to attend the next "take-your-child-to-work" day. And the worst part? Charles is three-years-old. I know I'm immediately judged as a horrible person by your readership, but please, hear me out. 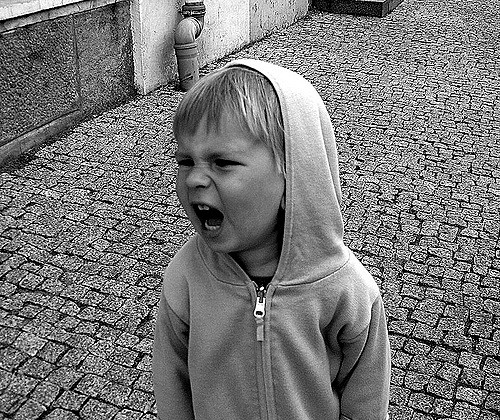 A little background. My wife and I both came from very stable homes. We're both highly educated (for what its worth), well read and informed, married without any previous divorces, and Charles is our only child. We had Charles in our early 40s and my wife left her very successful career, excitedly choosing to participate in Charles' upbringing, realizing her mom-dream. As for me, my job pays extremely well, isn't stressful at all, is incredibly flexible (schedule-wise) and realistically only requires about 20-25 hrs/wk of my time. We are financially secure to the extent I could retire and probably would if I didn't enjoy the work. We also have zero health concerns, live in a supportive community, have a well-balanced spiritual life, enriching hobbies, and great friends and neighbors (well, considering aforementioned issues). It's not my intention to brag, but it's almost like we have a perfect life. Except. Why do I tell you this? Just to be crystal clear that we have fully analyzed ourselves and our situation, searching for anything that may have shaped Charles into this insufferable asshole.

You know, I get it. He's precocious and one would expect some eccentricities, some capricious behavior. Specifically, his first words were at 5 months. He was walking by 6 months. Reading and doing arithmetic at 12 months. His mother has literally been with him every second of his life thus far, putting her dual PhD's (early childhood education, mathematics) to good use in an attempt to create a powerful, young mind. And to be clear, my wife is, well, motivated if not a little Type A. Charles has been educated.

I should clarify what I mean by asshole. And again, I have to apologize for using such a vulgar term to describe a three-year-old. My intentions are not malicious whatsoever (he is my only son!), as I said, it just so happens that "asshole" is the most appropriate label. So, about Charles. It's not as if he's not killing neighborhood animals, he's not violent toward anyone, and he actually plays very sweetly with other kids (when we can convince the parents for a play date which is increasingly infrequent). He's good about completing lessons with mommy, he eats all of his meals, he plays like a normal child. But beyond these normalities, he's an asshole. I mean, what sort of three-year-old crawls out of bed early every morning, creeps downstairs, drags a chair over to the cabinet just to pull down the cellophane and wrap the fucking toilet so that Daddy pisses on himself when half-awake at 5am? And he even has a sense of rhythm about his dickery! He doesn't wrap it every day, or even with a discernable pattern. He does it just infrequently enough that I'll forget about it until the piss starts splashing on me once again.

Or like the times when the nasty little bugger plumbs his diaper (btw, he's perfectly toilet-trained, but leaving the diaper on his seems to diminish one of his worse "tricks"), fishes out a turd and hides it in a pair of my clean underpants in my dresser. Yeah, this has probably happened about a dozen or so times now. I'll be getting dressed in my room and, surprise! The cold squish of Charles' defecation against my buttocks. And he stands there, looking me straight in the eyes, stone-faced, nods up and down (slowly, as if to say, "yep, gotcha again old man, enjoy wiping that one off"), casually turns and strides victoriously out of my bedroom. Oh, and when you confront him with it? Nothing. I can't even gain traction in the matter! It's like he refuses to consider the fact that something is awry. I'm extremely gentle, simply ask him why did you put poopy in Daddy's undies Charlie? Invariably he'll say, I don't know what you are talking about Daddy, a faint smile curling one side of his mouth as he looks away, feigns a whistle (he doesn't even know how to whistle, only mimic it! Ugh).

And the highly refined, passive-aggressive behavior! It's difficult to imagine a three-year-old with such a consummate ability to procrastinate. He's a expert at parsing, at visualizing tasks as infinitely divisible. It's as though he never intends to complete a request, rather, his subversion is all about painstakingly dragging his victim (myself or my wife) along his mind-numbing journey to near completion. He's onto this thing now where when we ask him to put his toys away, he (very excitedly, adorably) says "yes daddy, I'd love to!" and then he disappears. He'll return with a pile of sticky notes, upon each written "Reminder: put this toy away" and proceed to stick a note to each offending toy. All attempts to correct his behavior fail as he will deploy a new hedge. "Do it now Charles." The word now is appended to the note. "Charles pick up the toy this minute and place it in your toy box". He will literally stand next to the clock and place a single Lego into the toy box at the 59th second. You get the point. And if we happen to lose patience, well, he is impervious to punishments. Any that we have conjured thus far. I think he actually loves time-out chairs (or is a brilliant actor). He will literally sing his heart out, ecstatic at the sound of his shrill falsetto. If we tell him to be silent during time-out, he will thrust and pump in the chair as if jacked on MDMA at rave. If we tell him to be silent and remain perfectly still during time-out, he'll sit like a soldier, smile broadly and wink at us knowingly. If we take his favorite toy from him as punishment, he pivots, immediately envisages the toy as a scapegoat and bids it a cheery "adieu" as it carries away his sins and the whole conceptual framework of a punishment. He gets it, I know he gets it. He has a ridiculous amount of self-control. He clearly understands the intent of punishment, refuses to acknowledge any of its incarnations. There is no recourse, no resolution for bad behavior. His assholishness is so perfectly airtight that we can't crack into his consciousness, tease-out his better angels, in a meaningful way. Where does this come from?

It was about six months ago and Judy, in an exhausted attempt to ingratiate, called him Sir Charles, a joke of sorts. Now, he won't acknowledge anyone unless they call him Sir Charles. The power paradigm is completely fucked in my house Abby, I'm losing my shit. His ego-trips are getting weird, but he's clever enough to interleave them with the typical toddler cuteness. His food request are perfectly nonsensical, disgusting, very specific and arduous to compile. He'll demand foul combinations all the while suppressing his own nauseous heaves just to make us labor for his reign. He'll choke down every last bite, smiling and giving the thumbs up even, tears leaking from his eyes as he struggles maniacally with the completely fucked flavor and texture. What can we do? He flatly refuses everything else. We can't not feed him. 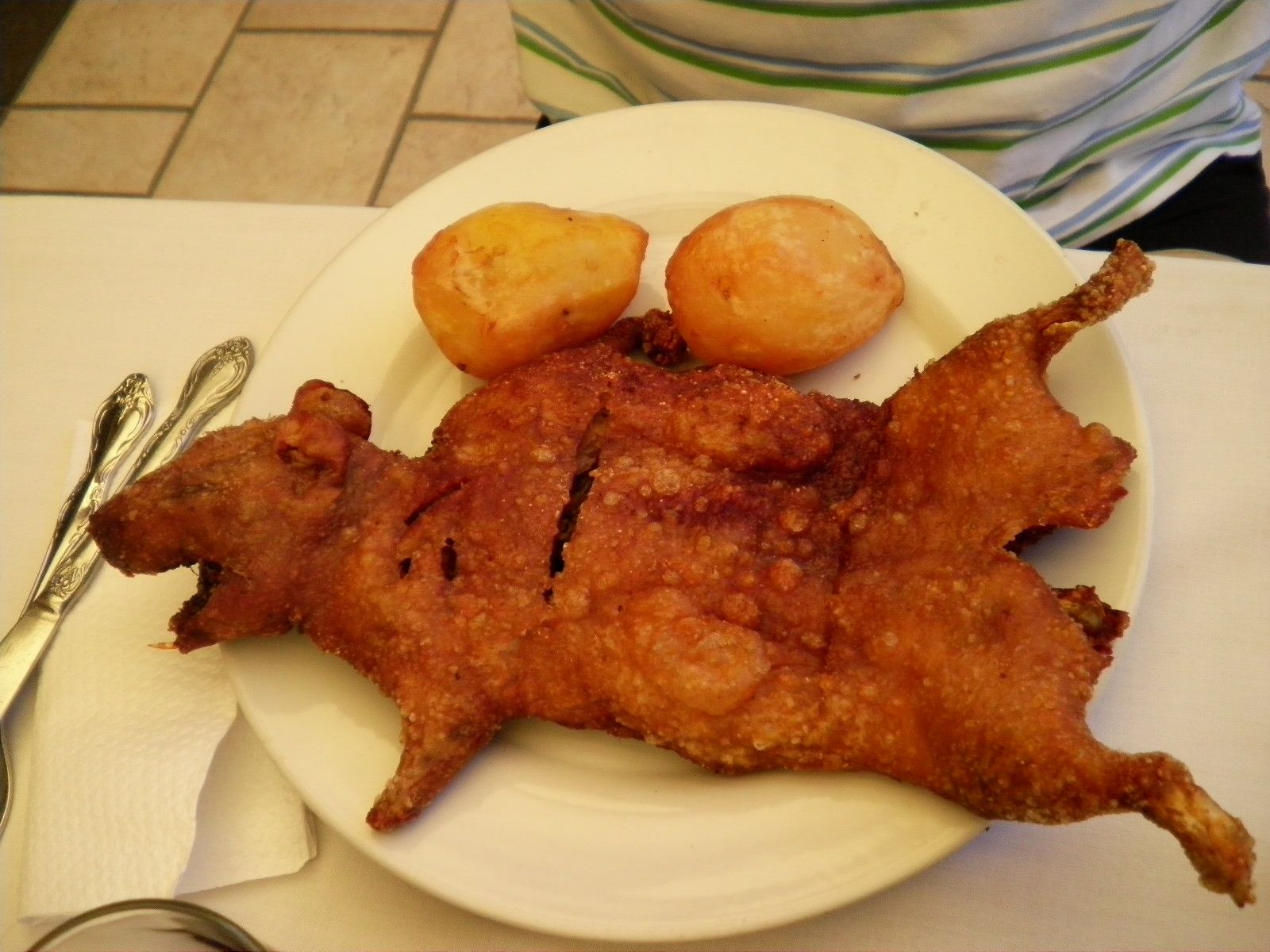 We are spiraling out of control here Abby. I don't sleep at night, concerned for whatever weird shit I may face in the morning. My wife is sleeping in the guest bedroom, annoyed with seemingly everything. I've removed all the liquor from the house. The rifle. Sharp objects. All chemicals. Anything that could potentially spell danger just out of an abundance of caution. But, as I mentioned early, he's not dangerous. He's never hurt a soul or engaged in shenanigans that put anyone's safety at risk. It's just that, he such an asshole and I'm concerned he may take something too far, cause an accident. I just don't know. I'm tired. Frustrated. Are we to blame here, did we do something wrong? Are there other cases of kids exhibiting extreme asshole-like behavior? I've scoured the Internet and found no such examples (only clinical psychopaths and sociopaths, our Psychiatrist visits confirm Charles is neither). I'm at a loss. Please help.

I've removed all the liquor from the house. The rifle. Sharp objects. All chemicals.

ahh but, have you removed the cling-film?

Quality stuff this, I thoroughly enjoyed!

No, sadly I didn't. And now Charles has moved onto wrapping my keys to the cat. I've missed three of my last four appointments. Glad you enjoyed and thanks for reading :)

Oh man, this is so funny! On a serious note, your son clearly needs some new Legos. I hear the doctors are prescribing them these days–it's the "Offbeat Indigo Child Remedy."

Ok, so full disclosure. I had to DuckDuckGo "Offbeat Indigo Child Remedy" because all I could come up with was The Indigo Girls (and the only reason I know of this duo is because I was forced to buy one of their CDs back in the 90s for this girl I liked because I was rather adamant about getting into her pants because she was substantially cooler than me and I had a mind for climbing the social ladder in the sixth grade, could be a decent story actually, hmmm, anyway, I digress)

After reading about Indigo children on wikipedia, I'm now thinking that little Charles may be some bastardized second coming of Christ. Will see if he is capable of walking on water tomorrow. Nancy Ann Tappe sounds like a tripping genius!