Synopsis: Among the lush verdancy of sublime American suburbia, wars are brewing. A creeping sense of malaise is causing upright citizens to act in downright sinister ways. Competitive lawn-care and priapic-motivated luxury car purchases are no longer sufficient for males to adequately express social dominance. The ante's been upped. Blood will be drawn. 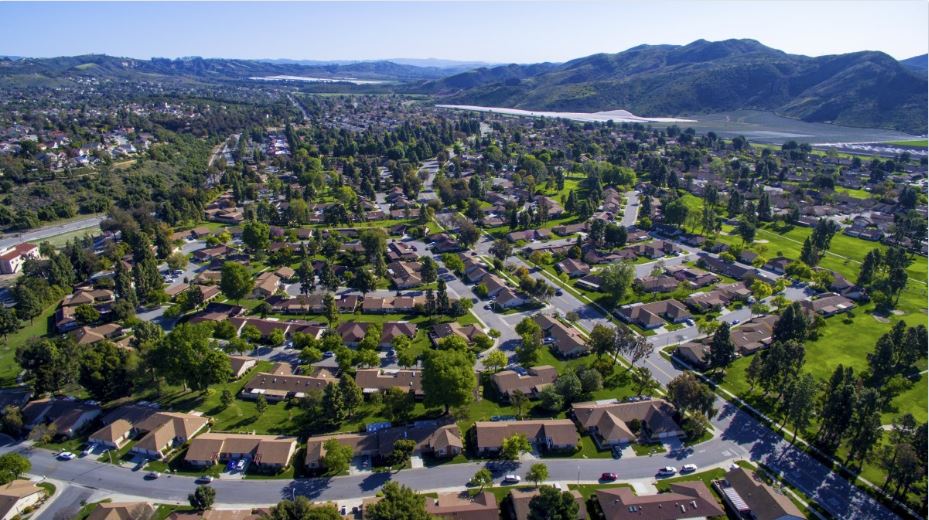 The animalesque stench of damp leather, citrus notes occasionally cutting through. Shoulders, arms, legs, back throbbing in sync to the beat of muffled music. Europop. Jerry awakens to a melody of confusing stimuli.

Is that Ace of Base? Holy shit, I'd forgotten how horrible their music was! A younger me all sexy-like, the entirety of my girlfriend's ear sloshing around in the washing machine of my mouth thinking, "chicks dig this maneuver because, like,...correlations, insinuations, suggestions." Her ear, analogous to her genitalia, hornily mauled, Ace of Base pumping seductively from the speaker of my teenage ride. Ride. Car. Hold up. Focus. Where the hell am I?

As Jerry's consciousness returns, his mind sharpens and he begins asking himself pertinent questions in a pool of sweat.

Why's it so hot in here? Holy shit, my eyes ARE open! It's pitch black! Where the hell am I??

Confused and a little scared, Jerry's perception expands. He realizes his hands and feet are bound, his mouth stuffed with what smells like an ancient gym sock. The thrumming engine sounding exactly like his coveted BMW 5 series, and the frequent bumps,

make it abundantly clear that he is riding in the...

Trunk of a car?? How the? What the fuck am I doing, Ooompff!, in the trunk of a goddamn car?!

This is Owen, that dirt bag. Said he was going to shove me into the trunk of my car, sink it in the lake. We'll see. Once his silly little accountant's brain takes measure of the consequences, he'll park, let me out, run like the weasel he is. Then I'll take this tire iron, beat him mercilessly. What will he do, go to the cops? Indeed lemon was a good choice for an air-freshener. He better not steal it.

It started last October. The love of pigskin dances had always evoked a modicum of tribalism in the neighborhood. New England vs Buffalo. The Eagles vs The Giants. Competitive but always underscored with levity, goodwill. Neighbors glorified their team with flapping mascot flags sprouting from porch columns. Friendly rivalries. October however, was the start of a new paradigm. A caustic, insidiously divisive political environment had shredded nerves, cast these milquetoast suburbanites into extreme tribal factions of elephant red, donkey blue. Exit levity. No more fake good morning smiles before commencing the morning commute. No more friendly-neighbor inquiries about little Alison's (her name's Anna you moron) progress on the piano (she plays the cello, idiot) whilst spritzing the Knock-Out Roses in the Saturday sun. Everyone kept their distance. Everyone except the most tribal, those most infatuated with the rhetoric of their chosen political tribe. Among these extreme rivals, things got (muthafuckin') real. He won't risk legal retaliation, his clean record being tarnished with <Ooompff!> a kidnapping charge. I'll break both his arms, one of his legs. He'll hobble home, complain of a bike crash, get casted, man up, and we'll continue this war.

Specifically, the rivalry between next-door neighbors Owen and Jerry. Owen enjoyed being ruled by corrupt, obnoxious, aggressive, jingoistic, wealthy, psychopathic assholes adorned with complex toupees sewn meticulously into their orange skulls. Jerry on the other hand, preferred to be ruled by corrupt, obnoxious, aggressive, jingoistic, wealthy, psychopathic assholes clad with a vagina because, for Jerry, his ruler's vagina was symbolic of his undying love for the mother of his children (it was a weepy, illogically sentimental love born of a bad acid trip in college that left him emotionally indebted to his savior, rock, and future wife for the duration of his self-abased existence). But, while Jerry and Owen may have vastly different ideas of what makes a suitable ruler, they both were of the mind that expressing their dislike of the opposing political tribe was best handled through petty insults, property destruction and violence.

Hold it, the engine's off, why's the car rolling? If he scratches my Beemer or nicks the bumper, I'm breaking both his fucking legs. "Put it in PARK you dipshit!"

It started small. Yard signs declaring fealty to each one's chosen mascot in the presidential race. The competition of signs exploded immediately. Quantity and size were the first tools of competition, but the contest quickly devolved into theft and destruction of the "other asshole's" signs. Dog shit peppered Owen's siding the morning after he destroyed Jerry's 30 foot "Vote for ---!" banner. Jerry retaliated by emptying his cat's litter boxes on Owen's front and back doorsteps. Leading up to the present jaunt (where Jerry finds himself careening through town in the trunk of his own car) the severity of the tit-for-tats exchanged increased substantially. His wife's pantyhose stretched upon his head, Owen crept, salting Jerry's prized Kentucky Bluegrass under cover of dark with 100 lbs of Morton's purchased bulk at Costco. Jerry's return salvo involved copious amounts of weed-killer sprayed generously atop Owen's meticulously maintained flower beds. The weaker tribesmen of the neighborhood stood by silent, watching the carnage, waiting, hoping the better man hoisting their preferred mascot emerged victorious.

Presently, back in Jerry's trunk, Jerry cannot believe what he feels. The unmistakable bobbing one can only associate with a floating boat! The silent rush of water seeping into the trunk. Cold, wet pinpricks stabbing his overheated skin...

...the fresh memory (flipping wildly through Jerry's brain at this point) of the cartoonish cocks Owen spray-painted all over Jerry's recently constructed, pristine-white, 3-car garage. And Jerry's return fire - the slaughter of Owen's trio of award-winning Shih Tzus while he and the family vacationed at Disneyworld, the bloody corpses placed upon his daughters' pillows.

Jerry wiggles. Jerry squirms. Jerry kicks at the underside of the trunk door, remembering what the jackass salesman said, "German engineering. This car is so solid you could lock a cougar in the trunk, not have to worry about her escaping (uh huh huh huh)." 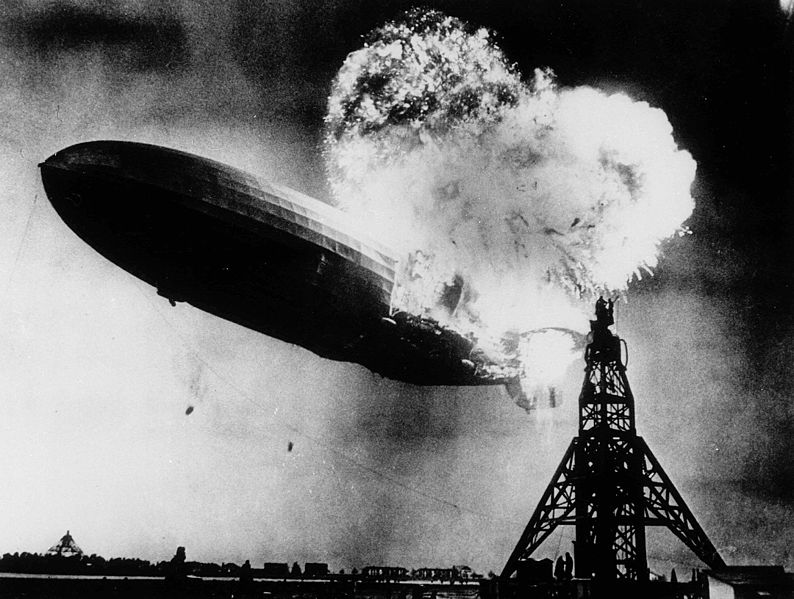 Damn fine writing my friend. Thanks for calling me out, you not only encouraged me to get back on my ass but it led me to your profile and I'm pleased to have found you. Looking forward to more!

Thanks @herbertholmes ! Yeah, I sort of suck at the whole curation thing (not that I really push to be good at it). Or maybe I just suck at discovering what's good. Or maybe I don't know what good is. Or maybe I suck so bad that I can't understand what good is. Either way, I'm going to try sucking less. Spring is upon us (well, here in the US), I shall bloom into something less sucky this year.

I'm really good at sucking too. Trying to get worse at it. Let's suck less together.

The animalesque stench of damp leather and Ace of Base playing in the background? Oh yeah, what more could you wish for!

Hmmm, nothing comes to mind really. It's sort of a perfect situation for contentment.

Let's make it real...Harry potter has nothing on these guys! Classic clip for the ages.

Well, I'll be damned. I only know of this song from A Night at the Roxbury (can't remember why {an inside joke perhaps???}, but there was a few months back in the late 90s where every time I got high with my girlfriend we watched this movie...anyhow, I digress), didn't realize it was A of B. Thanks for the education ;)

A side note: There is little in life that is more heart-warming than a leather-pant clad man with a pencil beard and a Euro mullet smiling and lip-puckering at you expectantly. You're damn right, it is a beautiful life.

This is freakin' awesome. Just great writing. Following with pleasure.

And damn you for the resultant earworm :)

Dante, good to see you man :) Ok, will check out promo-mentors when I hop onto discord next time...whoa, the discord list is ever-growing!

Daniel, you're such a great writer! The details are incredible and...
Where have you been? Hope all is well.

Also, I guess I never linked that weird tongue in the ear thing ;P I never found it at all appealing!