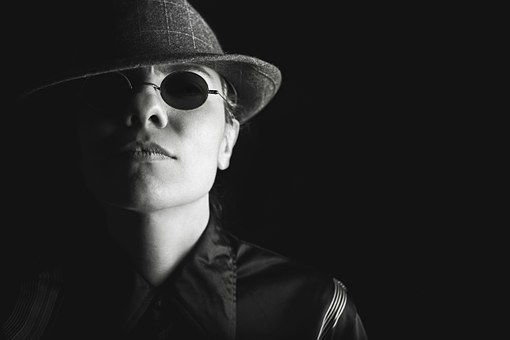 Blood on The Bund

The world penetrated China through Shanghai, and in Shanghai the world entered through the Bund. Traditional shophouses surrendered to Western edifices of columns and arches. Peoples of all nations and none walked the streets: prosperous businessmen and Western merchants in fine suits and hats, glamorous Chinese women in cheongsams, coolies and laborers and sailors in rougher clothes.

The bar catered to the last crowd. Iron-muscled men laughed uproariously over mugs of beer, soft women with too much makeup and too little clothing served drinks and flirted with the crowd, money clinked and liquor splashed, and in a corner an Audiophone belted out a barely-audible tune.

Next to the Audiophone, Lee nursed a glass of beer. Beside Lee, a young man sipped at a cup of baiju and made a face.

“This is terrible,” his companion said. “It tastes like the Huangpu River.”

“Some idiot pushed me into the river once.”

“That’s a story worth listening to.”

Lee’s companion was Detective Chan, one of Wong’s subordinates. In hard-worn denims and faded jackets, they were just a pair of sailors in a bar filled with sailors.

The customers came from all over the world. Dark-skinned Indians, yellow-skinned Chinese, pale-skinned Westerners. A man with a face like his, half from China, half from Britain, could disappear into the background. But so could the mark.

At another table, Detective Zhou sat by himself, an empty mug in hand and a duffle bag on his lap. He signaled a waitress for a refill, taking the opportunity to look around the room.

Zhou was the designated seller, and the bag was filled with product. A quartet of Colt 1908 pistols and two boxes of .32 ACP rounds—all of them tampered with.

The cartridges had bullets and primers, but no powder. The pistols had their firing pins reduced by a few millimeters. The sabotage was so subtle, without precision instruments even an arms expert might be fooled.

Zhou drank heartily, playing the role of a desperate man trying to blind himself to the long drop at his feet. Lee and Chan took tiny sips, if at all, keeping their attention trained on the entrance.

A man in a gray tunic suit slipped into the bar. He nimbly danced his way around waitresses and sailors and coolies, sliding through the empty spaces between them, never quite touching anyone.

Shen didn’t look like much. Sparse hair, a thin mustache, a face that could melt into the streets in a minute. Slippery as a snake, Wong had said. His very unremarkableness was his greatest weapon.

With cool aplomb, Shen pulled up a chair across Zhou and settled in, as though he had every right to be there, as though it was his seat all along. He called a waitress over, ordered something, then turned his attention to Zhou. As Shen and Zhou talked, Lee pretended to converse with Chan, keeping an eye on the bag.

Zhou slid an envelope across the table. Zhou snaked a glance to his sides, peeled open the flap, and peeked inside. Grinning, Zhou put the envelope away and handed Shen the bag.

The waitress returned with a mug. Zhou and Shen chatted for a while, their conversation drowned out by the music and the chatter all around. Finally, Shen finished his drink and made for the door.

Lee and Chan set their glasses down and followed Shen out the pub.

Shen ambled down the sidewalk, the bag of tampered weapons dangling from his right hand. Lee and Chan spread out, preparing to flank the gunrunner.

Approaching a streetlight, Shen brought his arm up to eye level, as though checking his watch, and stepped around in a tight quarter-turn. Looking up, Shen’s eyes caught Lee’s.

An amused smile crossed Shen’s face. "Funny thing to say to a man who isn't moving."

"Put the bag down and raise your hands!” Chan ordered.

“An interesting proposition,” Shen said, “but I fear you should put your hands up.”

“Hands up!” a man demanded behind Lee.

Lee peeked over his shoulder. Saw four men, dressed like sailors, aiming guns at the detectives.

Lee gritted his teeth. Where had the sailors come from? The bar? They must have been there long before the meeting, watching for a stakeout just like this one.

"If you pardon me, I have an appointment to keep," Shen said.

“Wei,” Lee said, raising his hands, “you lot really are confident, aren’t you?”

“Shut up,” the largest of the four sailors said.

Lee turned around. “It takes guts pulling guns when your boss is in the line of fire.”

The four men pointed their guns at Lee. The muzzles seemed as large as train tunnels, threatening to swallow him whole.

“Lots of guns around here," Lee remarked. "We can talk about this, right?"

“Enough talking! Both of you, take out your—”

Thundercracks assaulted his ears—BANGBANGBANGBANG pause BANGBANGBANGBANG. Muzzle flashes bloomed to the front and left. A bullet whizzed past Lee’s head. The four men shuddered, puppets to a lead tune, and dropped.

Springing to his feet, Lee ran to the bodies. A man groaned, trying to pick himself up. Lee kicked him into the face. The sailor went still. Lee scooped up his gun.

A fresh barrage of gunfire cracked behind him. Swearing, Lee dove behind a nearby car and peeked out.

Shen was running for the far end of the street, pistol blazing. Lee flinched back. Out the corner of his eye, he saw Zhou dashing out of the pub.

Shen replied with a gunshot. A bullet whined off the pavement. Zhou cursed.

Lee popped up and aimed, but in the darkness he couldn’t see his pistol’s tiny sights. Hell, by the dim street lamps he could barely see Shen.

“He’s getting away! SHOOT HIM!” Chan shouted.

Muzzle flashes erupted in the dark. Chan backed up and blasted away at Shen, crossing into Lee’s line of fire. Lee lowered his gun.

An engine started up. Swearing, Lee stepped out onto the road.

A car slipped out onto the asphalt. Lee squared his stance, raised his pistol, aligned the sights and pressed the trigger.
The handgun barked.

The car drove away from him.

Lee continued firing, chasing the car with lead. The policemen added their guns to the chorus. The car rocketed down the road and turned a bend.

Lee followed Chan to his car, parked right across the street. The detective gunned the engine, hot on Shen’s trail.

Swearing under his breath, Chan circled around the block, looking for broken glass, skid marks, blood, anything that betrayed Shen's presence. Lee peered into alleys and side streets, hunting for a shot-up car. But it was no use.

For more long-form fiction by yours truly, check out my latest novel HAMMER OF THE WITCHES.

@cheah You have earned a random upvote from @botreporter because this post did not use any bidbots.