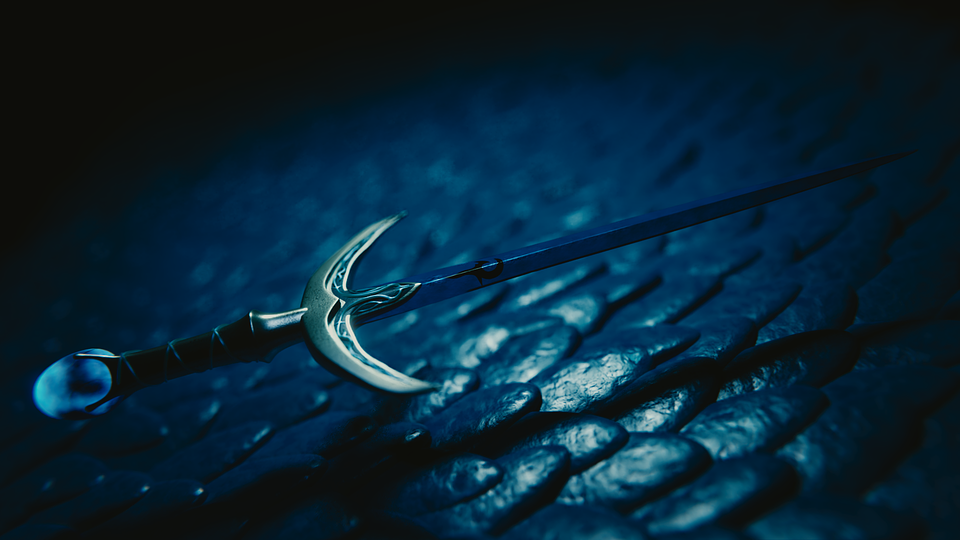 Sun Yao called the Central District Barrier Station. After suffering through multiple transfers, he finally reached the duty manager, where he enjoyed the privilege of asking one question.

“Yes,” the manager said. “She completed her shift and left the building at six thirty-seven.”

Something must have happened to her. Either on the way home or inside her apartment. Sun contacted the front desk at the Defenders’ Guild.

“This is Defender Sun Yao. Do we have any incidents today related to a Liu Fang Fang?”

“How do you write her name?”

“One moment… No records.”

“Any beast activity in the Central District?”

“No. The barrier kept them out.”

Sun hung up. He had to investigate her apartment. But he had to assume the worst. If someone knew who she was, if that someone had left a trap behind…

Drawing his infinity pistol, he cracked the door open. No security bolt. No tripwire. No signs of life.

Slowly, slowly, he continued pushing the door, ready to ease off the moment he felt even the slightest hint of resistance.

He stepped into the hallway past the door. The faint scent of sandalwood smoke tickled his nose. The final rays of the setting sun played through the windows. Slowly, methodically, he searched the apartment.

The closet next to the door was filled with nothing more nefarious than coats, shoes and bags. The modest kitchen opposite the closet was small but adequately equipped, but there was no sign that she was preparing a meal. The living room was spick and span, and the store room packed with all kinds of odds and ends.

In a corner of the living room, an altar to the Goddess of Mercy faced the door. A porcelain statuette of the goddess, seated on a lotus blossom with her right hand raised, took pride of place. In front of the goddess there was a bowl of incense, a cup of fresh water, and an oil lamp.

The bronze bowl was filled with ashes, the incense consumed long ago. The oil lamp was empty. He touched the cup of water and discovered it was at room temperature.

With slight trepidation, he entered her bedroom. The last time he’d been in her room was five years ago, when they were still in high school and still studied at each other’s homes.

The bedroom was… neat. Clean. The bed was made and the dressing table spotless. An alarm clock and a lamp rested on a nightstand, while a potted plant sat on the other. Her closet was overflowing with clothes and bags.

He thought about everything he had observed. The refrigerator was stocked. The closets were stuffed. The apartment was neat and tidy. The offerings to the Goddess of Mercy had yet to be changed. The windows were all closed, but the air didn’t feel stagnant.

She hadn’t planned for a long absence. Which meant she had to leave without advance warning, and without time to pack.

He sniffed the air.

A faint floral scent filled the air, sweet and subtle. It was the fragrance he had always associated with her. She’d lived here for so long her scent permeated the room.

But why hadn’t he sensed her qi?

His glasses vibrated against his skull. Incoming call.

Civil defense sirens wailed in the distance. A robotic voice warbled a prerecorded announcement, too muffled for him to make out.

“I can’t respond to this one.”

“Leave it to the police,” Fu snapped. “We have reports of multiple beasts terrorizing the city. We need all hands on deck.”

“I don’t think it’s a missing person. It looks like a kidnap.”

“The missing person is a Barrier Technician. She’s a critical defense asset—”

“Is she the girl you’re meeting?”

Sitting on the floor, he took a deep breath, tuned out the sirens, and called up his spirit sense. He expanded his senses as far as they would go, maximizing his reach, feeling for every scrap of qi in the apartment.

That was it. There was no qi here. That was wrong. This was Fang Fang’s home, and she was a cultivator. Her apartment would be filled with her energy. It wouldn’t be empty.

Unless someone else had cleared it out.

He strode to the balcony. From here he had a clear line of sight to the street. He closed his eyes. Stuffed his fingers into his ears. Tried to tune out the sirens howling in the distance. And focused on feeling the world.

There were people in the apartments above, below and around him. Pedestrians scurried for cover. Shutters slammed shut, cars screeched to a halt, guns shouted in the distance. He ignored them all, focusing on…

At the edge of his perception, he detected a tiny pearl of glowing white qi. Almost imperceptible, but he was as familiar with that specific qi signature as his own.

He closed the balcony door, activated qinggong, and leapt down to the sidewalk. Sprinted down the empty streets, made a left turn, a right turn, and found the qi pearl. It was floating above a manhole.

Reaching out, he touched the pearl, absorbing it into his body, feeling it with his heart—

A huge man hauled her over her shoulder. She kicked and flailed but her hands and feet were cuffed.

“Stop it!” the man shouted.

She kept resisting, she kept fighting, she had to fight—

Electricity tore through her body. White-hot pain fried her nerves, locked her muscles, froze her joints.

And the pain stopped.

“Keep fighting and it’ll get worse.”

A second man lifted the manhole cover. Hot, stinking gas wafted from the opening. She wrinkled her nose.

She couldn’t fight them. Not like this. She wasn’t a fighter, and they’d stripped her of the bangles she needed to cast her barrier.

But she could leave a trace.

The first man was wearing some kind of harness. The second man strapped her in. She focused her energies, creating a tiny ball. Filled with subtle energy, it was undetectable to anyone who wasn’t looking for it. Certainly not these men, too distracted with the logistics of kidnapping her. She floated the ball into the air, filling it with her thoughts and memories.

Sun Yao, help me! I don’t know who these men are. They were waiting for me at home and took me by force. I don’t know what they want. I’ll leave a trail for you to follow. Please, help—

Reality snapped back into focus. Sun’s mind cleared. He gritted his teeth. Clenched his fists. Sucked a breath.

For more stories that combine mysteries, magic and monsters, check out my novel HAMMER OF THE WITCHES.

The plots intertwine! An excellent development, with room for great action scenes. I detect a chase with beast and kidnapper alike in the near future. ;)

The world calls for damsels, and I answer!

And that's what's up.