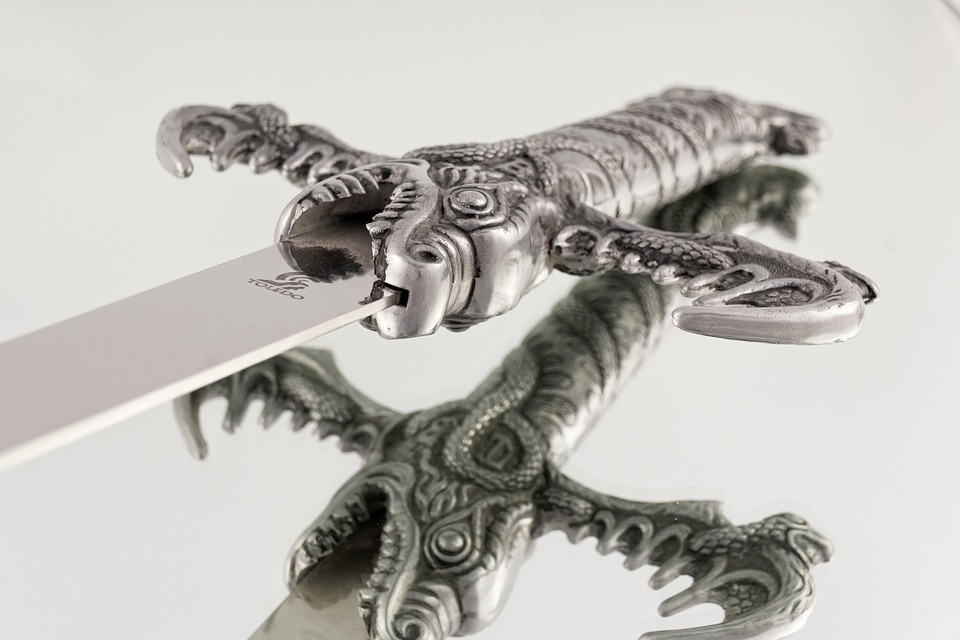 Crowds annoyed him. From the moment he received his first empowerment at the Academy, he could no longer tolerate crowds. Their qi was overwhelming. It was a flood of random energy that crackled and flowed and combined and crashed into him all at once from every direction.

And there was the small matter of not having time and space to react to an incoming threat.

Focus. Let the qi flow through you.

Breathing deeply and regularly, he allowed the qi to pass into and through him, fully and completely, leaving nothing behind.

He scanned the crowd in his peripheral vision. The terminal was packed. He saw a team of flight crew in smart blue uniforms pushing company-issue luggage; business people in sharp suits and pressed clothing lining up at ticket counters; tourists and travelers, marked by their huge backpacks and casual dress; a giggling, chatting, noisy mass of schoolchildren in crumpled uniforms, herded by a half-dozen worn-looking teachers.

And there was her.

She was a beacon of focused flame in a blizzard, her qi radiating from her like wings. Her aura was a gentle white blanket of soothing light, covered by a thin but hard shell, her energy warm and soothing and calming. Exactly as he remembered.

Breaking into a brilliant smile, she waved at him. He smiled back and approached her.

She giggled, covering her mouth. “Did you count the minutes too?”

“I’m not as obsessive as you.”

They broke into laughter.

“You’ve grown,” she said, patting his biceps. “You’ve put on a lot more muscle since we last met.”

Her touch was soft and warm and gentle, and just a little longer than necessary.

“The job demands it,” he said, looking her over. “You’ve grown too.”

Raven hair ran down her shoulder, framing her almond-shaped face and high cheeks. Large, limpid eyes glittered in the light, as warm as chocolate and as deep as the sea. Exactly as he’d remembered her.

But in his memories he saw a tomboy. Today she wore a qipao the colour of snow. The one-piece dress clung to her curves and ended at her ankles. Long side slits allowed freedom of movement. A pair of smartglasses perched on her forehead, and she wore a jadeite bangle on each wrist.

And she was taller than he remembered her.

She crossed her arms over her not-insignificant bust. “Wei, what are you looking at?”

He gestured at her feet. “High heels? You?”

“You used to hate them.”

She humphed. “What do you mean?”

“You still enjoy teasing me?”

Humphing again, she spun on her heel, presenting her back to him. Sun leaned over her shoulder and whispered into her ear.

Smiling, she craned her neck and looked up at him.

He shrugged. “Empowerment takes far longer in my profession.”

“You made me wait. Any longer and I might have given up.”

A thunderous two-tone siren wailed from the loudspeakers, steadily growing in volume. A thousand rings and chimes and beeps issued from glasses and bands and pads.

Civilians paused in their tracks, listening to the announcement. The teachers gathered their children and led them deeper into the building, scolding and cajoling as they went. Nearby, a blue-uniformed cop stiffened, and rested his hand on his holster.

Sun touched the steel utility band on his left wrist and pressed a quick access button. A list of items and images popped into his head. The contents of his interspatial storage.

He selected an item. A flat black circle appeared, hovering above the band. It was a two-dimensional hole in space-time, so thin it seemed invisible from the side. He reached into the hole, wrapping his fingers around a solid plastic frame, and drew his infinity pistol.

Sun’s amplifier gloves warmed. Intricate designs woven into the black leather glowed in his mind’s eye, tracing the meridians and energy pathways of his hands. Circuitry in the palms of his gloves meshed with the weapon's grip, feeding the infinity gun with his qi.

He needed a full combat loadout. His personal gear was nowhere near enough. But he had to do with what he had. Gripping his gun in both hands, he said, “Fang Fang…”

She was already in motion. Her jadeite bangles glowing brightly, she kicked off her heels and lowered her glasses into place.

All around them, civilians dashed for cover. Airport staff directed them to the civil defense shelter with shouts and gestures. Armed and armored policemen raced into position, taking cover behind whatever they could find.

In the distance, monstrous roars filled the air.

The cop Sun had spotted earlier rushed over to them, weapon drawn.

Glass shattered. Shards rained down from above.

A sleek, muscular beast crashed through the skylights. Flapping its huge crimson wings, it landed gently on the floor. Covered in blazing orange fur and black stripes, it boasted a set of wicked claws on every paw and a horn that tapered into a fine point. The creature curled its tail and bared its fangs. A deep growl issued from its powerful chest.

It was a winged tiger. Apex predator of the wildlands.

And it glared at Sun, bloodlust in its eyes.

If you enjoy science fiction, fantasy or both, check out my supernatural military science fiction thriller HAMMER OF THE WITCHES, featuring magic, mayhem, martial arts, and a sinister conspiracy to enslave the world.

An excellent start. Looks like this one will be quite the action-packed romp.

Absolutely. There will be monsters and swordfights and gunfights and magic and explosions and cultivators and more besides.

In other words, a story that will keep us on the edges of our seats.

The battle of the futuristic wuxia romances begins now! Or not. Great stuff!

Thanks! Looking forward to your own tale.

You are so creative! I clearly see your passion! Thumbs up!

I find it to be so funny that whenever I see such work I immediately cannot help seeing the Soul's Heart-connections to the Universe!:)

I'll read your next part!:)