Necessity, the Mother of Invention 2

Flight and airplanes were still very new in 1918. WWI occasioned many innovations in flight, especially in military aviation. These include machine guns that don’t fire when the propeller is in front of them, allowing aircraft to fight each other, dropping bombs from aircraft on ground troops, several new airplane designs, and more. The most impactful in the civilian world, however, was the invention of aircraft radios. At the beginning of the war, pilots had no way to communicate with airport ground crew other than by shouting or using signal paddles, panels, and flags, none of which are ideal. Shouting has a very limited range, especially over the noise of aircraft engines and wind, and signal devices don’t allow the pilot to communicate back. The first attempts to improve this process were based on telegraphy, where the pilot and ground crew communicated using Morse code wirelessly. The pilot could tap out dots and dashes for each letter, spelling a word, yet codes were soon developed where each letter had a specific meaning. However, this system was completely unsecure, allowing enemy telegraph operators to receive each other’s messages, and still less efficient than voice transmissions. 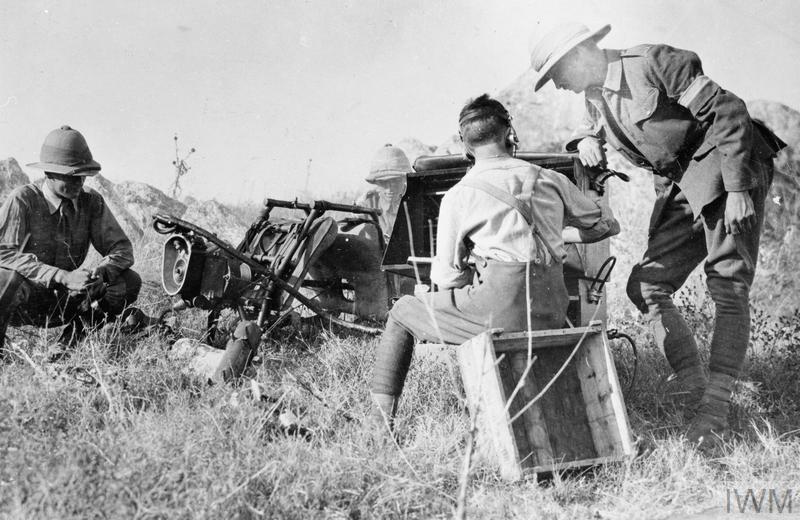 So innovators continued developing radios. By 1915, English ground crew were able to communicate to pilots by voice, and vice versa, but the complexity and cost of these two-way radios was immense. It remained much more feasible for pilots to communicate to ground crew by voice, with ground crew communicating back using Morse code. Meanwhile, in America, AT&T was contracted in 1917 to create two-way radios for the US Army. They succeeded that year, but by the time the radios were ready for mass production, the war was already over. However, these two-way radios were readily adapted to civilian aviation just as it was getting its start. Without them, air traffic control would not be possible, and commercial flight would be severely restricted.

What do you think was a more important invention from WWI? Kotex, or aircraft radios? Take a side and tell me why in the comments.

If I was on a plane, I would say radio was more important. If I was wounded I'd say Kotex. Currently, I am neither wounded nor on a plane, so I am going to say both have their place in history.

If you were on a plane without a radio, you'd probably end up needing a cellucotton product

Aircraft radios and Kotex? Sorry, other than being of the same vintage, their on a different wavelength. I choose to sidestep your challenge.