Making the Big Guns in Philly

WWI was raging for most of 1918, and as Philadelphia was a big industrial city, it played a large role in producing supplies for the war effort. One of the players in the steel industry, Midvale Steel and Ordnance Company, had been producing steel primarily for the military even before the war (naval armor plates in particular), however the increased demand led them to build two new factories in Philly. One was a new howitzer plant built next to their original plant in Nicetown, and the other was a rifle factory in Eddystone (in Delaware County). With so many men leaving their jobs for the war, Midvale Steel hired and trained women to work in the factories as well. Similar stories could be found all over the US as many other industries shifted to wartime production, and in fact very similar stories can also be found on the homefront during WWII. It makes me wonder through—what would happen if we entered another world war today? 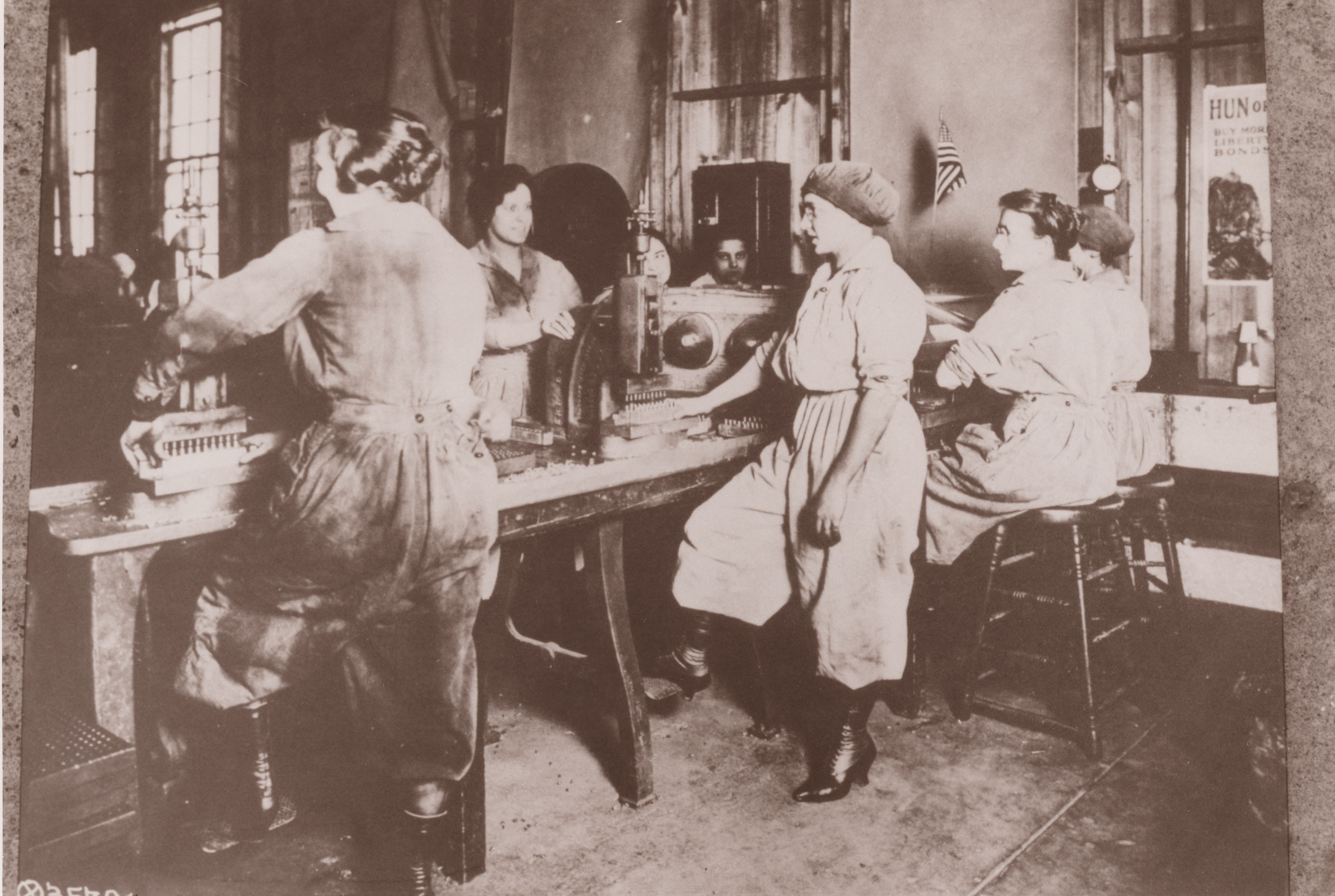 Its May 29, 2022. Japanese, South Korean, and US forces are fighting North Korea after Kim Jong Un was assassinated in a power play by an even more radical faction who launched a nuclear warhead at Tokyo two months before. Although it was shot down by Patriot missile systems based in Japan, it opened the door to Iran to attempt a nuclear strike on its old enemies, Iraq and Israel, thereby drawing US and NATO forces into a war in Iran and weakening their position in Europe. Putin saw in this the perfect opportunity to continue pursuing his ambitions in Eastern Europe, and assumes President Chelsea Clinton may impose sanctions but will not risk starting another war. Today, however, Russian forces moved into Poland, and the members of NATO finally declared war. Faced with multiple conflicts and far outnumbered, the US institutes a draft to fill out its ranks with more combat troops. Young men and women are conscripted, trained, and sent to the front. However, there are massive shortages of weapons and equipment. Unlike the previous wars, there is no reserve of unemployed women able to step into jobs left by men, and in fact the jobs they’ve left because of being drafted means there are even more jobs to fill. Since the US economy is less industrial than before the previous wars, it could be much harder to produce the needed materiel. While this might be helped a bit by increased automation, that also means it takes much longer to train new factory workers. 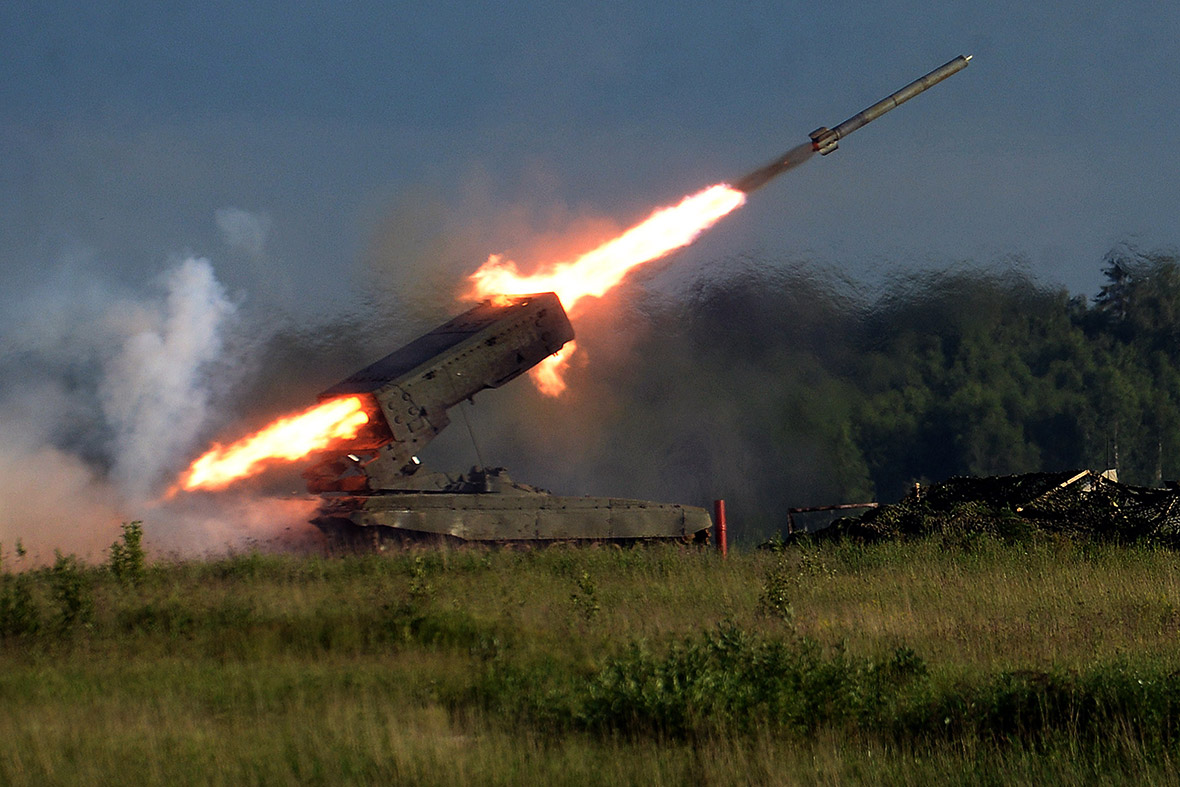 Who would fill those roles? Would white-collar professionals, academics, artists, and the like seek out associate’s degrees for blue-collar jobs that suddenly pay huge salaries? Or maybe get STEM degrees to work on developing weapons? Maybe computer science training to fill the demand for cyber warriors? Would we simply automate more jobs to fill the void? As it stands I would probably be deployed in the first wave and killed by Russian counter-battery fire since they have much more and newer artillery than the US, but for those of you who would still be around, how do you think the US would deal with these problems? Or would it lose WWIII?

Speculative fiction! I love it! (It also terrifies me. Please don't die.)

I mean I'll definitely try not to....

But you have to wonder about how the waging of war changed in the past century and continues to. I mean, factories were staffed by the thousands in 1918 and so were battlefields. Today, the military draft is a memory. (Hardly a dim one, though!)

I'd say the biggest change is that we haven't fought a war on the scale of WWII since then, as most of our engagements have been with inferior forces (like the Gulf War) or were unconventional/counterinsurgencies. Of course, drones and airstrikes have changed things, and allow us to do a lot more with less ground troops--but we've always had air superiority. Russia has a larger and better equipped air force than us, while we don't have enough pilots and half our aircraft are sitting in hangars being scavenged for parts to keep the rest flying. All of NATO combined only has about half the forces that Russia has, and we would probably be stretched thin at Iraq war surge levels just to fight North Korea and Iran at the same time. I doubt we could raise troop pay/benefits sufficiently to recruit enough soldiers through volunteers alone.

Hopefully I'm wrong, and hopefully we don't ever have to fight another large scale war. I'd like to keep the draft a memory. But if we do, I expect we're going to need huge amounts of personnel and materiel.

Woah!! Derek, this is such an interesting post! You provided a really interesting example of how society during a time of need functioned largely due to structural patriarchy. I'm curious about the future date you chose, any reason for that? (Also Chelsea Clinton should probably get a move on it if she's planning to campaign in 2020...)

Also echoing Cynthia to please not die! Maybe consider switching to computer science instead of history?

I picked 2022 because it seemed realistic enough for the events I created without being so far away that I couldn't use it as a stand in for the world as we know it today. No particular reason for May 29, it was entirely arbitrary and seemed to fit.

I'm actually really good with computers, I've built two of them and done some programming. Probably would've been the better career choice except I like history more. Either way though I committed to the army until 2023.