Is EOS Just Another Crypto Coin, or is Something Bigger Starting to Happen? Why I Think it Might Be.

Block.one is aiming to unseat current blockchain fund raising champs, Bancor, who raised $150 million with the largest initial offering of a blockchain based currency since Bitcoin’s inception almost ten years ago. 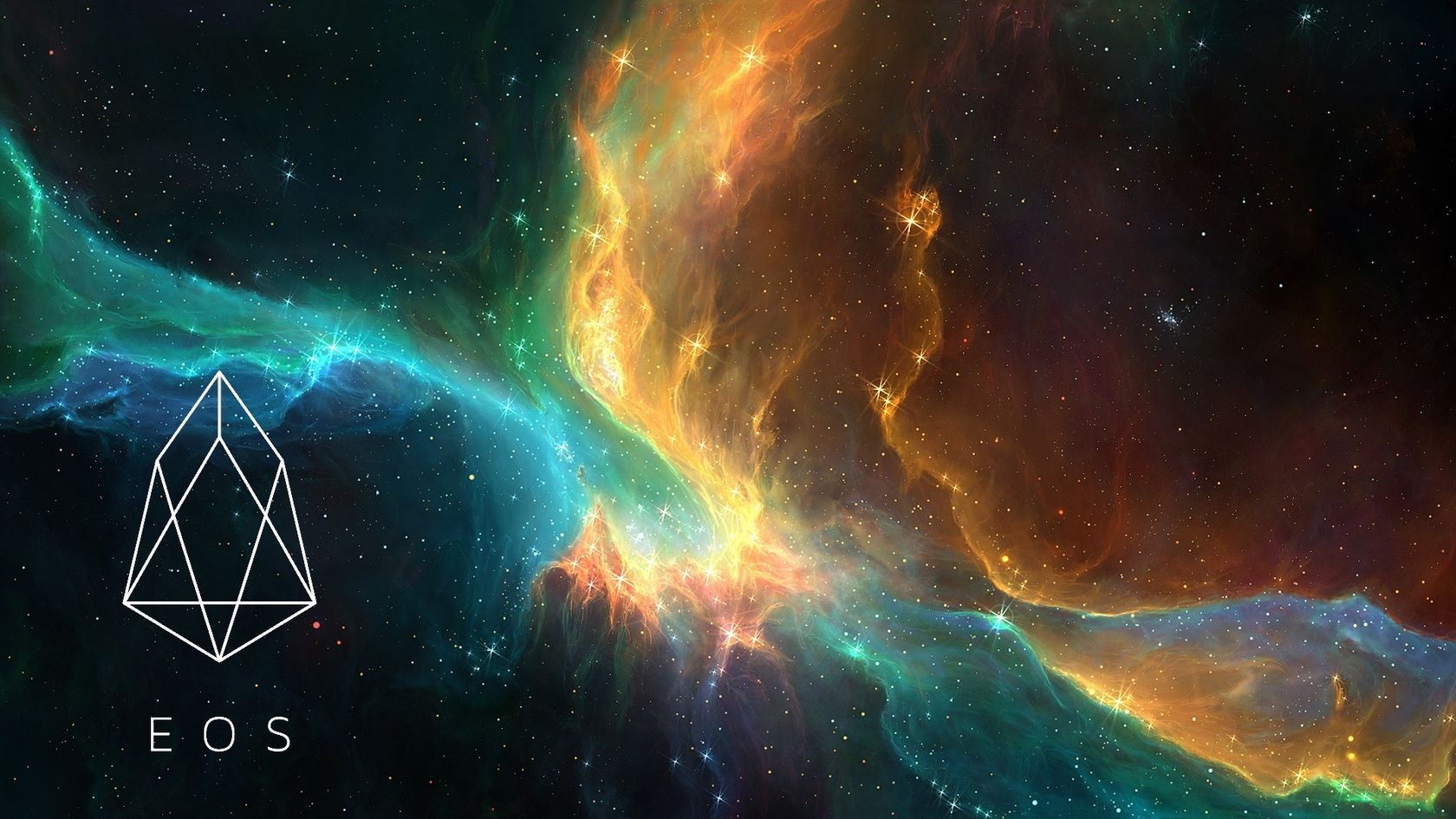 Block.one is set to release 1 billion of it’s EOS coins, in 23 hour blocks, starting with 20% of the coins tomorrow. Following that, 350 blocks of 2 million coins each, will be released every 23 hours, in an attempt to democratize the coin, giving anyone the chance to buy in early. Of course, this won’t prevent those with greater resources from having an advantage in collecting the new coin.

To my way of thinking, the most democratized distribution scheme yet invented, is steemit’s , which requires actually contributing to the blockchain, to earn newly produced coins. Nevertheless, EOS will get a lot of attention, come Monday morning, as investors around the world watch this new crypto’s release and subsequent move onto the exchanges.
Brendan Blumer, Block.one head, declined to state an opening price for the coin, saying instead, that the market will set the price. That’s not the only mysterious detail involved in the coin’s launch, as the first block, representing 20% of the first billion coins, will not hold value and cannot even be moved into the block chain environment, when and if the EOS blockchain becomes a reality.

For now, the coin will be traded on the Ethereum blockchain, the second largest traded crypto coin in existence today. The last blockchain coin launch, in March, from Qtum, garnered a healthy $15.6 million in up front financing. Is crypto, the new funding vehicle for startups?

The EOS blockchain is designed to provide a robust platform for large businesses, while other coins have been more egalitarian, aiming at indie users that build small apps and platforms, creating a patchwork of programming. It will be interesting to see how this works out. With nothing to show as far as the actual structure, and no stated intention on their part to develop it, Block.one has left the playing field wide open.

So, could crypto coin just be the latest method for startups to get their initial round of investment? I think so. There are at least three big reasons I think EOS may be marking the entrance of the crypto-funding age of tech startup.

First, it’s still completely unregulated. While stock issues are one of the most legislated and watched modes of fund raising, crypto is the wild, wild west. Since the coin, and not the block chain, is the investment, there are no promises as to what will be produced to live up to. In fact, the initial money is free and clear, with no need to ever pay it back at all. You are buying the coin, unlike more traditional investment instruments that represent a piece of something “real world.”

Second, they are currently trending like crazy. In the past ten years, a more than 60 billion dollar industry has sprung up in the wake of bitcoin, literally from nothing. As amazing as that sounds, it’s also a little scary, in that, nothing guarantees the value of any of these instruments, and government regulation could effectively end the growing trend over night. But, while it’s hot, anyone can launch a coin and earn a big payoff with very little effort. Think of it, they don’t even have to issue a prospectus!
Finally, the nature of crypto means that most trades are made by the investors themselves.

This inherently builds interest in the platforms behind the coins. While news is sketchy, many traders watch for it religiously and will share what they find with all of the zealousness of a true believer. After all, if they bought in, and can convince others to follow, the coin rises dramatically, making HUGE short term returns very possible. They happen every day.

The benefit to the developers is this, while they make no promises, they profit from the free viral publicity being generated by coin news, and through sites like Steemit, where crypto news is one of the best paid topics in the reward pool.

Advice? Not much really. If you get a chance, buy some EOS. Buy early while the price is low and see where it goes. Me? I’ll be sitting this one out, but I wish you luck. As crypto becomes a more widely traded commodity, platforms like Steemit will grow and flourish and for me, that’s where it’s at. A high tide raises all ships.

I think you are wise to sit out the initial offering. Cryptocurrencies traditionally starts out high and then fall like a stone. Steemit was only one example. There have been exceptions, I would guess, but I've seen too many fall-over-the-cliff starts to chance it. Of course, they may turn out okay in the end, but here are charts of how Ripple and Litecoin first started out. They are now top 10 coins... I like EOS, but there is not very much information out there because it is so new. Here are a couple of videos (pro and con) explaining EOS from a programmers point of view:

Finally, the altcoins scene has been rather gloomy lately. Everyone's taking a beating. It is not the most optimistic milieu in which to launch anything, but I think the reputation of the principals will sustain a successful ICO, IMHO.

Speaking of falling, today might be a good day to get some bargain priced bitcoin, it seems.

Yep, I may trade through some of it later, but probably won't hold it.

The fact that Daniel Larimer (one of the Steemit founders, and also founder of bitshares) is the one behind this project is all the reason i need to invest in eos.

Dan is a true genius in my opinion and has a tremendous vision.

Thanks for this great article on EOS. More people need to know about it. Voted and resteemed.

I agree Dan Larimer is one of the only reasons this project is blowing up. I am considering EOS, but I need to do more research before jumping on board. So much hype out there right now!

Thanks for the article @markrmorrisjr, you have brought up a few things for me to consider.

I will personaly buy EOS after the ICO. ICOs for me are too risky for the reward. Also, get the coin after the ICO is more expensive but at least you can double check if the coin truly has value or not on the market.

Good luck to everyone!

Well, it's going to be released in batches, every 23 hours, so getting in should be easy.

seems these days you can profit by waiting out of the ICO. And give it time on the exchange to drop well below ths ICO price. Sometimes happens very quickly.

whats the opening price on EOS and for a N00b like me can I get t at an exchange?!

In the formula given, 1 ETH = 4 EOS tokens. So the opening price is going to be high most likely.

They haven't set one, I mentioned that in the story.

So in your opinion what range should we be looking at.

I'm very new to crypto currencies and am always happy to find good info regarding them. Thank you :)

I was so enthusiastic when i heard about this project.
But I hear more and more that the coin itself doesn’t have any value, nor that it is usable on the EOS platform. I’ll quote from the EOS terms:

Why making a coin that is not usable on the platform?
Who says that the people who joined the ICO didn’t gave their money away without getting anything in return?

I really was looking forward to this project (as many others) but I don’t really see the point of EOS coins if it has no value and that is not usable on the platform.

Could anyone help me with my confusion?

I think this is only referring to the initial block, but I could be wrong. I'm pretty new to all of this myself.

Why will steemit grow if EOS grow... I know its the same founder but I just dont know the reason yet....

I don't think I suggested that.

Very good article. Interesting to see I'm not the only one that is thinking about this. The price of a coin should depend on the quality of the product, the team behind it, if proffesional investors believe in it, and a lot more facets. An interesting website I found: https://www.coincheckup.com Since I use this site I make so much less basic investment mistakes.