I almost forgot to write about this but I realized that I need to do it before the next episode comes out tomorrow and there is no way in hell that my weekly reviews of season 8 "Walking Dead" will be incomplete. Got to finish what I started.

For the people who haven't seen the episode yet just scroll to the bottom to read my "conclusion" and after.

In this episode we FINALLY get to see what is happening/going on in Sanctuary (Negan's hideout). We FINALLY see what is going on with Negan, Father Gabriel, and his lieutenants. It's been three episodes since we last saw him and now we get to see him.

MINOR SPOILER ALERT (TV vs. Comic):
This is a warning so don't read this paragraph. In the comics, Andrea is still alive and she tried to save Gregory and gets herself captured then get locked into a room instead of Father Gabriel. In the TV show she died in a room tied to a chair with a walker all because of the Governor back in season 3 ending. Anyways I did not read further into the comics because I hope to read it soon but that is all I know so far in comic's "All Out War." If I had to say I liked the TV version better when it comes to which character was going to save Gregory and gets captured. Here is why in the next paragraph.

What I love about this episode:
It was when Father Gabriel was trapped in a room together with Negan and said he realized that he was here to take Negan's confession with the intro music kicking in. To me that was a badass dialogue moment with Father Gabriel and the intro music HEIGHTENS that moment. Main story was about a priest and a dictator trapped in a room together and seeing the chemistry between each other. Also I loved and many people love the part where we get to see a part of Negan's character that we haven't seen in awhile. Seeing that part of Negan's side was a great change of pace from all the action. It was great seeing him come back when there was disorder and chaos in the Sanctuary and him putting things in order with his badass one liners. I loved the tension building when the lieutenants realized that there was a traitor among the group and it made me want to know how it was all going to go down. Compared to the last episode of season 6 this episode not only ended with not just one cliffhanger but THREE cliffhangers; the helicopter Rick was chasing, the fate of Father Gabriel when Eugene saw he was sick, and how the lieutenants were going to catch the traitor. I want to lastly add that the preview for the next episode made me excited as we finally get to see the Scavengers

Weakness of this episode:
I didn't like the part where the introduction scene of Gregory, Negan and his lieutenants took about the first 10 minutes of this episode. After a few minutes of watching that scene I already knew when it was taking place. But I guess it was alright since the episode was a bit of a long one closer to an hour. The story progression is obviously weak in this one which I did not like. The two moles in Negan's crew are obviously Dwight and Eugene. I wanted to see what would happen if Dwight and Eugene get away or didn't get away with it. If I had to guess it would be one of them most likely Eugene since he is the smart one and he would twist the truth stating that one of the other lieutenants except Dwight helped conspire with him.

Conclusion:
This episode I have to say is a great change of pace from the last four episodes. The last four episodes were pretty much tragedy (loved ones dying), action (guns blazing), and zombies (bodies hit the floor) with the FOURTH episode being the best one so far. How would I compare this episode to the ones before it? Honestly I wouldn't compare it with the last four. This episode is different as we explore more of Negan character as we haven't seen in a while and if I did compare it it would be like comparing apples and oranges. Regardless of the slow pacing of the episode I can't complain too much since this episode was focusing on building tension in Sanctuary. With the flaws and strengths of this episode I am still looking forward to the next one and seeing exactly how the war ends.

Extra comments:
If it was amazing I would have given it an "A" like the last episode review and a picture of myself with "Two Thumbs Up." I think my reviews are improving.

My grade letter for this one is a solid "B." My alternative rating would be a "Thumbs Up." 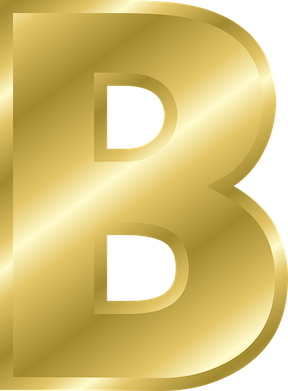 Check out my review of the next one.
If you like it please upvote it!!! Thanks!!
https://steemit.com/entertainment/@l82matthew182/the-walking-dead-s08e06-the-king-the-widow-and-rick-my-review

TWD is really getting exciting. Great review of that episode.

Thanks!! i wish i did this review much earlier!! Good thing my content is improving haha.