I am glad that I am reviewing this episode on time. I just posted this the day when it was released.

For the people who haven't seen it yet just scroll to the bottom to read my "conclusion" and after if you don't want any spoilers.

It seems that in this episode we are taking a mini break away from the war and seeing how the war is taking effect on the characters emotionally with a few interesting parts.

What I love about it:
I loved the part where Rosita shot that guy with a rocket launcher. Talk about overkill. This has got to be my most favorite scene. The buildup with the characters Daryl, Rosita, Michonne, and Tara coming together to stop the two Saviors from trying to divert the Walkers away from Sanctuary was one of the few reasons that made this episode worth watching. The beginning part where Rick goes to the Scavengers got my attention but it doesn't show much which is where I will elaborate in the weakness of this episode.

Weakness of this episode:

Conclusion:
This is the weakest episode by far of season 8. You can clearly see that this episode is really trying to stretch out the comic's "All Out War" story arc into 16 episodes with the comic having only 12 issues. This episode spread itself too thin which is another great way to describe it. If you thought the trailer for this made it exciting to watch just letting you know hardly anything happens. The episode could have been much better if it showed more action with Michonne and Rosita. My guide to watching this is to simply just watch the scenes with Rick, Tara, Daryl, Michonne, Rosita, and Hilltop. Other parts in this are boring and are just filler scenes. Seeing the way how the war is taking an effect on the characters is pretty much pointless as we have already seen it in the previous episodes. Also it is a stupid decision to take a break from the war when the war isn't even over. The trailer for the next one seems promising and the viewers like myself expect more stakes and more on whats going to happen to the characters. I will end my conclusion saying once you have seen scenes with the characters I mentioned just skip to the next episode if you intend on binge watching the whole season.

My own rating is "Just Okay" with my thumb pointing sideways not at me. 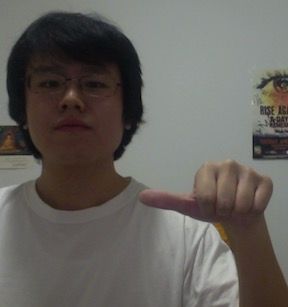 Extra comments:
If it was amazing I would have given it an "A" and a picture of myself with "Two Thumbs Up." I think my reviews are improving!!! If you guys enjoy what you read please PLEASE give it an upvote and follow me!! Also check out my other blogs!! Stay tuned and see you guys in the next blog!!!