The world is changing, will you also change or will you be replaced? 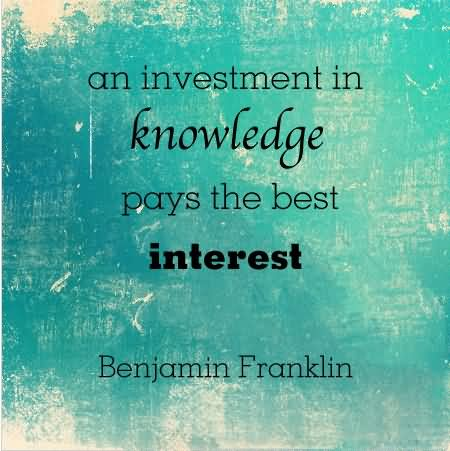 I readed an article today about why we should spend some part of our free-time to learn about something really new. It's called "5-Hour Rule", wrote by Michael Simmons (here is the link). Let's see what is the article is about!

Firstly, let me say that it Isn't about how busy you are!

As most of people says:

So, the reason that we're thinking you don't have time to read, it's because we are feverishly devoting our time to earning money.
Although, the secret resides by change substantially the relationship between money and knowledge.

The article tell us about why the world’s smartest and busiest people find one hour a day for deliberate learning (the 5-hour rule), while others make excuses about how busy they are.

It's simple! As the image above says: "An investment in knowledge pays the best interest".

This sentence is part of Benjamin Fraklin speech and I agree with that. Time is an asset and invest it on learn more is like add more capital to the compound interest of life. As more we learn, more money we'll make.

More important than this: We don't get obsolete. This means that we cannot be replaced by new tech that is coming around.

Knowledge is the new money

We're living a strange phenomenon: The rapid demonetization, raised by Peter Diamandis. It's about how new technology makes the products and services cheaper, or even free!

While goods and services are becoming demonetized, knowledge is becoming increasingly valuable.

Those who work really hard throughout their career but don’t take time out of their schedule to constantly learn will be the new “at-risk” group. They risk remaining stuck on the bottom rung of global competition, and they risk losing their jobs to automation, just as blue-collar workers did between 2000 and 2010 when robots replaced 85 percent of manufacturing jobs. 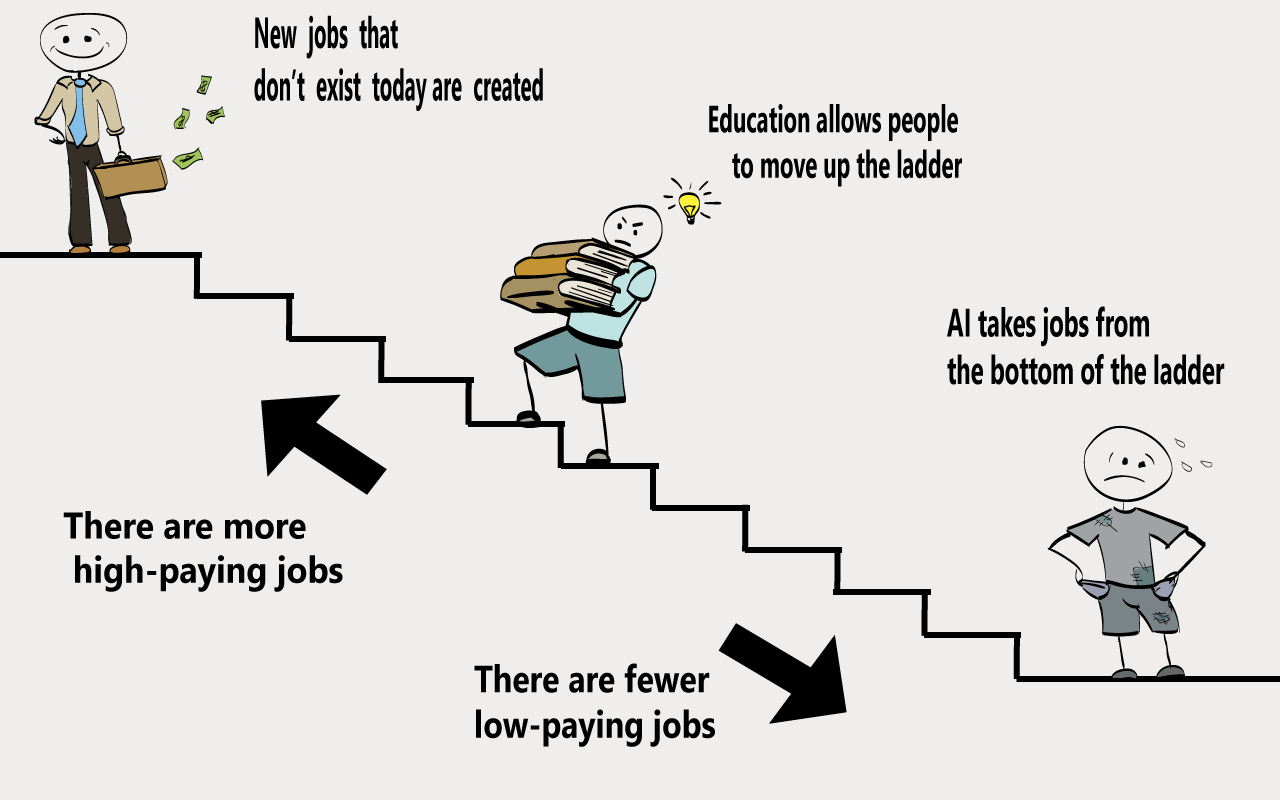 What's the catch? Skills! There ins't a lack of opportunities, but of high-skill people to fill the jobs.

I have to say: Knowledge is better than money!

Unlike money, when you use knowledge or give it away, you don’t lose it.

It's awesome! Share knowledge is one my favorite hobbies. I do it here at Steemit and in my blog (Importar Tudo).

We can say that transferring knowledge anywhere in the world is free and instant. Its value compounds over time faster than money. But, more than that, it can be converted into many things, including things that money can’t buy.
I'm refering things like authentic relationships and high levels of subjective well-being. It helps you accomplish your goals faster and better. It’s fun to acquire. It makes your brain work better. It expands your vocabulary, making you a better communicator. It helps you think bigger and beyond your circumstances. It puts your life in perspective by essentially helping you live many lives in one life through other people’s experiences and wisdom.

I don't want to take your time more than this. Go! Learn something new, don't be lazy, and remember the 5-hour rule!

Greetings, man.
I totally agree with you. In this world today if the person stands still, he will be devoured by more qualified professionals who can exercise what he does more effectively. In addition, professions that were once great, today have become small or have ceased to exist. See typists who lost their profession to the computer, telephonists who lost to technological advances, stock exchange operators who worked buying and selling stocks to brokers and customers, were swallowed by homebroker .....
That's it, it's better that we inform ourselves and have knowledge so that we can develop better in our profession or create another from the demands that arise !!!!

Exactly the point! Nice comment. Glad to have you here.

Sometimes I keep wondering about how technological advances have been making people lose their jobs, like @julisavio pointed out, and how tasks that previously required many people are now performed by a single machine (a computer, a robot etc.) which require few workers to operate. In other words, lots of people being replaced by few machines.

PS: nice points about knowledge, too.

Unlike money, when you use knowledge or give it away, you don’t lose it.
It's awesome!

Yes, and so is that phrase! I really like these phrases of yours :D .

Nice to see you here, @ayumi. These comments makes me very happy. =D

Congratulations! This post has been upvoted from the communal account, @minnowsupport, by Micloop from the Minnow Support Project. It's a witness project run by aggroed, ausbitbank, teamsteem, theprophet0, someguy123, neoxian, followbtcnews, and netuoso. The goal is to help Steemit grow by supporting Minnows. Please find us at the Peace, Abundance, and Liberty Network (PALnet) Discord Channel. It's a completely public and open space to all members of the Steemit community who voluntarily choose to be there.